The team comprises of three collaborators, three key contributors, and one company that has shepherded this effort since the creation in the Cohort 8 DSI class in Mr. Koldan’s January’s assignment.

Due to the evolving software landscape, and projected resource gaps a new sourcing model is emerging to Optimize Upstream Supply Chain 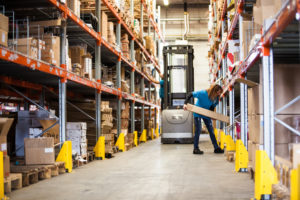 Managing in the Digital Economy 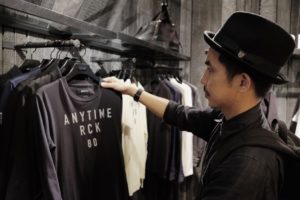 With 28 years of business development & technology experience at various director/VP levels, I live the Nightmare every day, managing functional team & resourcing across many industries.  From defense, banking, wireless communications, and polymer aerogels, I want to re-invent this industry and help the community, per my past experiences.

Although this has been tried before, Three subtle changes have occurred from 2017 -2020:

As reported by Security magazine and  Synopsys Cybersecurity Research Center (CyRC) May 20, 2020, software development is more about integration than creation, “The 2020 OSSRA report reaffirms the critical role that open source plays in today’s software ecosystem, revealing that effectively all (99 percent) of the codebases audited over the past year contain at least one open-source component, with open source comprising 70 percent of the code overall. What is meant by the bench in an IT company? Voice of The Customer:  VOC

Upon HBAP completion of DSI, Ken approached the CEO of a competitive firm: Mr. Charles Fry.  After his review of the 1-page paper, Mr. Fry was supportive but provided 25 tough questions. After 60 minutes, Mr. Fry said, “Ken, I hope this was not too blunt, but you seem like a tough guy, and I could be 100% wrong since it happens often enough, but when you get this up and running I will sign up day 1!   I am happy to review and provide another round of feedback. Just let me know when you need me to do something!”

A fellow HBAPer in Cohort 8, reviewed the paper and stated he has a team of 6 programmers full time on his IT staff.  He agreed with the problem statement and shared the frustrations of managing IT teams (with employees constantly start/stopping and job-hopping) due to wrong mixes of experience and talent. He referred to it as the RT3 problem. He stated when you get this platform running, let me know my company is on board! “We have more than 1,500 open job requisitions in the US alone, and sometimes 100 applications for every opening. But we still don’t have nearly enough qualified applicants to hire because of the technical knowledge required. So we’re going to be training a lot of non-engineers to do jobs engineers would have done in the past”.

CEO of Siemens US

IT management and growth teams spend 17.5% of their time managing these resource issues in daily meetings every week.

As a real-life example, a software company spends 1 hour with 16 resources on a call weekly planning plus 30 min daily calls with 12 people.

Companies cannot hire. Most of these service companies do not have enough of the right talent on the bench or do, which causes the rates to go up to maintain the bench, and talent goes underutilized. The “bench” of software engineers and UX/UI designers ranges from 5% to 15% of the total staff, waiting on the bench for approximately an average of 60 days for a project to be won and aligned with the resources. This bench talent amounts to a range between 1.32 million (global) and 3.96 million (Global) people on the bench on any given day given in just three regions given Daxx Inc.’s research in early 2020. If a person is on the “bench” for more than 120 days, they are usually let go. The bench threat harms the software engineer’s perceived value or causes the project to be artificially delayed. Also, it then creates a vicious cycle all over by being short-staffed. No one wants to be on the bench. The World changed due to:

Recent lawsuits forcing regulation on companies like Uber that forced 1099 temp workers to become W-2 employees have created new demands on IT resourcing. The Fair Labor Standards Act of 1938 29 U.S.C. § 203 is a United States labor law that created the right to a minimum wage, and “time-and-a-half” overtime pay when people work over forty hours a week. U.S. Department of Labor  Wage and  Hour Division Fact Sheet #13: Employment Relationship Under the Fair Labor Standards Act (FLSA) further defines the definition of a full-time employee has been updated with the new lawsuits verdicts.

Three subtle changes are the automated CI/CD software delivery model 2017, standardization of code development 2016, and it is more about code 2018 integration than creation. As reported by Security magazine and Synopsys Cybersecurity Research Center (CyRC) May 20, 2020, software development is more about integration than creation, “The 2020 OSSRA report reaffirms the critical role that open source plays in today’s software ecosystem, revealing that effectively all (99 percent) of the codebases audited over the past year contain at least one open-source component, with open source comprising 70 percent of the code overall.” The problem has become global and is impacting more and more personas as the software landscape evolves.

I have been in these conversations and live the Nightmare daily! The marketplace solution being developed is a web-based platform that enables software companies to share their bench resources to address evolving and real-time resource needs (i.e., Uber Drivers). It has other member companies (i.e., Uber Passengers) use them for staffing the projects they won for a percentage of the project margin per individual obtained.  The end client is kept confidential from the bench company. Software programmers would then use industry references (e.g., Large Healthcare Provider) for the resume. The agreement to use the platform would include IP protection through an agreement that would prohibit stealing or bribing resources for nefarious reasons (i.e., corporate espionage, project assassination, etc.). A project operates inside the platform only with project updates, but not through code or architecture sharing.  Member Companies are motivated to staff projects faster with the right experience level and talent, reducing bench time from 60 days to 20-30 days.

The value creation provides the appropriate software resources to the members and backfills their needs faster than using a temp agency or hiring a new resource.  Thus, it is more than just a temp staffing agency or “gig” site due to the projects and resources’ vetting. The client’s unrealistic expectations are mitigated by unposted reviews of the Statements of Work (SOWs) vetted by the platform provider. Also, standardized bench submissions will have the ability to showcase their level of expertise/skillset with standard challenges & tests prior to deployment to a project.   A ranking system of the talent will be available on-line for the individual. This ensures that individuals take responsibility for their quality of work and career.

The platform owner would capture value from operating the platform with a starting region membership fee of $1,000.00 along with a 5% value share based on the S/W developer’s hourly rate. The platform owner would then provide data analytics insight and possibly sell the data for programmers used, skillset, project length, and other valuable industry metrics in a year-end “State of the Business” report. This, in turn, creates value by having a standard basis to gauge SW resources. As reported by Caroline Banton, Oct 15, 2019, in Investopedia and learned in Harvard’s DSI Class contained in the Harvard Business Analytics Program, the network effect is a phenomenon whereby increased numbers of participants improve the value of a good or service in an ecosystem. The Internet is an example of the network effect. Initially, there were few users on the Internet since it was of little value to anyone outside of the military and some research scientists. However, as more users gained access to the Internet, they produced more content, information, and services. The development and improvement of websites attracted more users to connect and do business with each other.

The Bench would benefit from the network effect by having the Bench be utilized and gaining experience faster. It will combat the impact of job-hopping and the cylindrical death spiral of being laid off from the Bench due to the project to resource alignment. Software development companies can then retain employees and not have to spend time and money on aligning meetings, training, onboarding, etc. Most of these service companies do not have the right talent mix on the bench.  Sometimes they do, which causes the rates to go up to maintain the bench and talent goes underutilized. The “bench” of software engineers and UX/UI designers underutilized ranges from 5% to 15% of the total staff, waiting on the bench for 60 days on average for a project to be won and then aligned with the resources. This bench talent amounts to a range between 1.32 million and 3.96 million people on the bench on any given day given in just three regions North America, Asia, Europe. If a person is on the “bench” for more than 120 days, they are usually let go. The bench threat harms the software engineer’s perceived value or causes the project to be artificially delayed. Also, it then creates a vicious cycle all over by being short-staffed. No one wants to be on the bench.

The Bench aims to achieve positive cash flow in under 12 months with 670 FTE (Full-time Equivalent) members. The future demand was analyzed using Linear regression in R and Excel. The limited data set has the P-Value of the SmartPhone usage, showing that it is significant to SW Resource demand and makes sense with a p-Value of 0.0992038866124634. World population and App revenue were shown to be >0.24 P values. Further analysis of regression variables will be performed during seed funding to maximize the launch’s success by targeting advertising spend in those areas of support. Also, to look for other pre-existing differences and alternative explanations. The Competitive advantage analysis shows the top reasons why the bench is a better solution: Currently, today I have a client with a signed SOW and MSA waiting for a resource of 2 people. The existing person must wait for the Power BI SSIS / SSRS developer to be brought on board to start the project. The risk now is that the Azure Cloud developer will be put on another project in 14 days. They are thus beginning the cycle all over again. Talent acquisition needs 30 days to get another resource. The ironic situation is another company has a Power BI person on their Bench. We do not have the agreement in place to share the Bench and move forward. This would take time to create a contract and then go to the end client. Today companies are beginning to merge to address this need. The downside is that mergers are expensive and take up to a year to implement.

The Bench eliminates this friction. We seek 2.3 Million dollars in seed funding to launch the product, increase the network, and drive traffic to the site.

We have the User Interface and User Experience (UI/UX) completed for the Beta test.

The Operations cost consists of 18 people with a detailed budget already created.

The MVP has been quoted at $400K from iTexico LLC and Improving company.

An additional $100K for Legal expenses is sought for member agreements creation and other activities from DLA Piper law firm.

We become cash flow positive in under two years when we have 662 Full-Time Equivalent individuals at Level 1 programmer (<2 years experience) assuming a $65K per year salary and 50 membership fee-paying customers.

We believe platform critical mass occurs when we have 550,000 FTEs on the platform. How do you eat an Elephant:  One bite at a time

The overall objective and vision is to increase the Utilization of Digital Economies Workforces.

Funding variability and timing will lead to multiple levels of confidence and scenarios to accelerate success/timing. It is time to embrace the Bench

Not fear the Bench

Thank you for your time