The City of Chicago is currently rolling out its Array of Things (AoT) project, an urban sensor network being implemented in a partnership between the city, University of Chicago and Argonne National Laboratory. By 2018, the goal is to place 500 nodes placed on traffic poles throughout Chicago, with each node comprising of 28 sensors, 2 cameras and a camera, collecting real-time data on its surroundings. These sophisticated light and infrared sensors, combined with the cameras and microphone, can capture a variety of measurements, including pedestrian and vehicle traffic, temperatures / hyper local weather activity, ambient sound intensity, air quality (e.g., carbon monoxide, sulfur dioxide, ozone levels) and barometric pressure. As a fitness tracker for the city, the goal for AoT is “to measure the city in sufficient detail to provide data to help engineers, scientists, policymakers, and residents work together to make Chicago and other cities healthier, more livable and more efficient.” 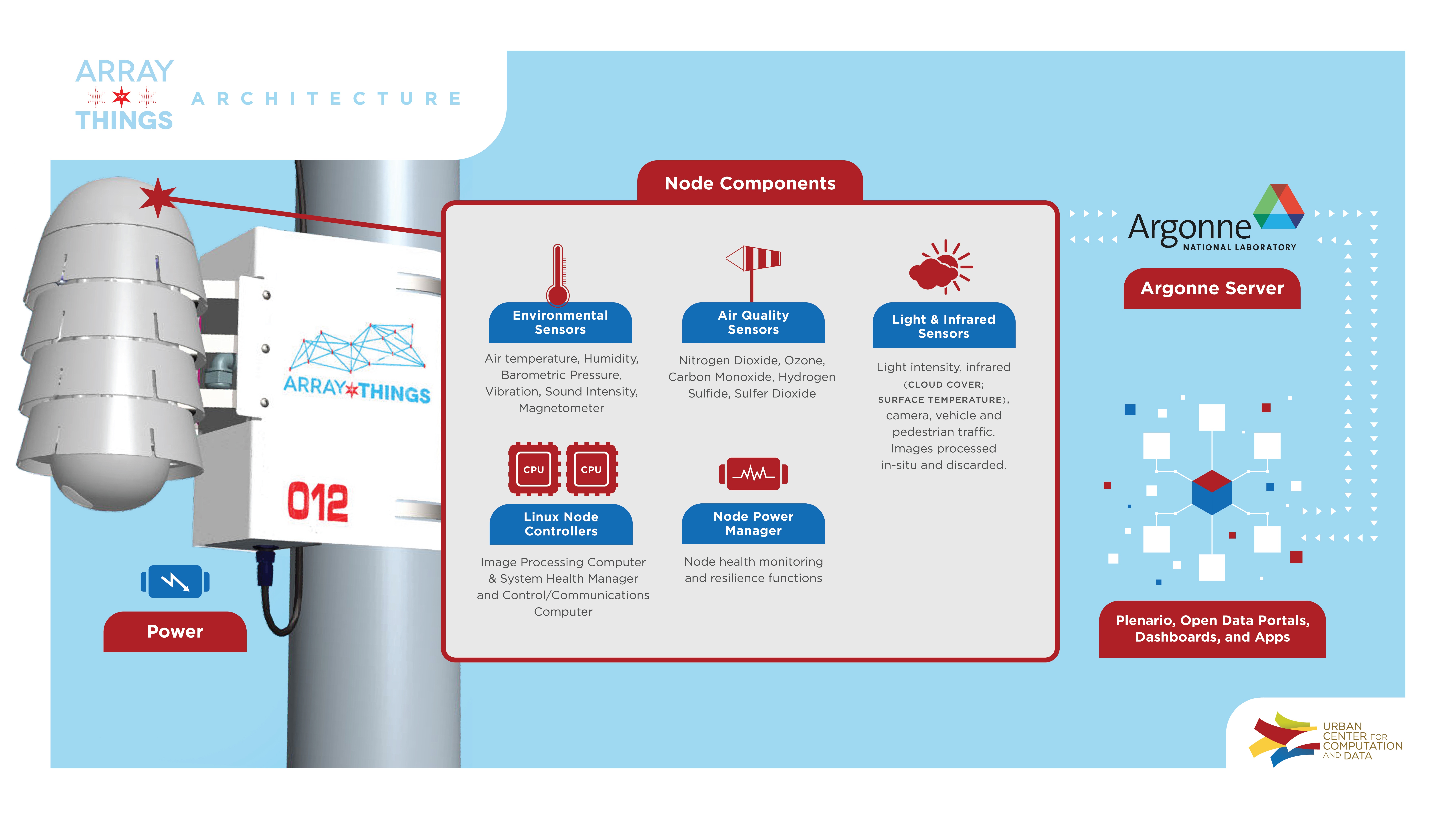 Chicago, with its embattled history of government corruption and pension fund crises, is hoping that this innovative use of technology is a way to address its resource limitations long-term. Mayor Emanuel, upon taking office in 2011, made open data a top priority for Chicago. AoT is one of these efforts to encourage access to government data and boost the creation of tools to help Chicago’s residents.

Value Creation
The value creation potential is immense. First and foremost, Chicago is focused on improving the q 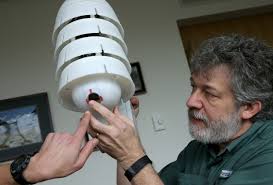 uality of life for its residents, which it can do in a variety of ways. Some examples:

While most cities of its size have open data portals, very few currently make productive use of this data; most of the data sits buried in silos within government departments. AoT aims to change that. By creating an abundance of useful information and increasing the transparency of the data, Chicago hopes to encourage private companies find creative ways to use the data and academic institutions to do research on the data.

In short, AoT is the first step in readying Chicago for the future of connected cities. The wealth of information generated can be used to formulate future urban policy and architecture for a smarter, more livable city.

Value Capture
While directly monetizing the data seems challenging (and is, in fact, explicitly not allowed under the stipulations of the National Science Foundation funding that the AoT project has received), the City of Chicago stands to capture significant value from this data project. The open data will hopefully allow local companies to increase top-line growth by optimizing for local conditions and enriching their understanding of customer/retail behavior (e.g., which areas of the city get the most foot traffic at what times on which days), thus fueling local business and job growth in the city. Improved quality of life may also attract new talent to the city. On the cost side, the city can reduce its costs with more sophisticated urban planning and municipal services management (e.g., less traffic accidents = less emergency personnel costs). Further, there’s the immeasurable value of increased civil engagement from Chicago’s citizens (all citizens can submit proposals for where a node should be placed – whether it’s in their neighborhood or elsewhere).

Challenges
Privacy is by far the biggest challenge with such a pervasive governmental data project. Residents don’t want to feel like they are being watched, even though the cameras simply measure activity and object count (i.e., how many pedestrians walked through this intersection) and doesn’t save the actual raw images (i.e., no images of specific pedestrians are saved). In fact, the city has already received negative press regarding the project, in which journalists wrote misinformed articles that a

larmed the residents regarding potential surveillance concerns. In direct contrast to Chicago’s transparent roll-out of AoT – in which it tried to inform the residents of what data was exactly being collected and the fact that all data would be public – is the City of London’s approach to CCTVs: London has hundreds of thousands of private and government CCTVs placed all around the city, and its residents have become accustomed to the idea of being captured on camera in their daily public movements. Despite AoT nodes being very different from CCTVs, privacy issues reign supreme, and Chicago faces the challenge of socializing its citizens to the idea of being monitored in some form.

Other challenges include the sustainability of funding and the politics around selecting the placement of nodes. Regarding funding, the project is currently be funded by a $3.1mm grant from the NSF, but there are serious questions around the sustainability of this non-profit funding if the city wants to expand the project, as the city budget certainly would struggle to take on yet another line item. Furthermore, the selection of placement of nodes in a highly socioeconomically stratified and segregated city will be a hot-button issue for the city; how will it measure ROI of its nodes? What happens if certain neighborhoods are willing to pay for node placement in their neighborhood? 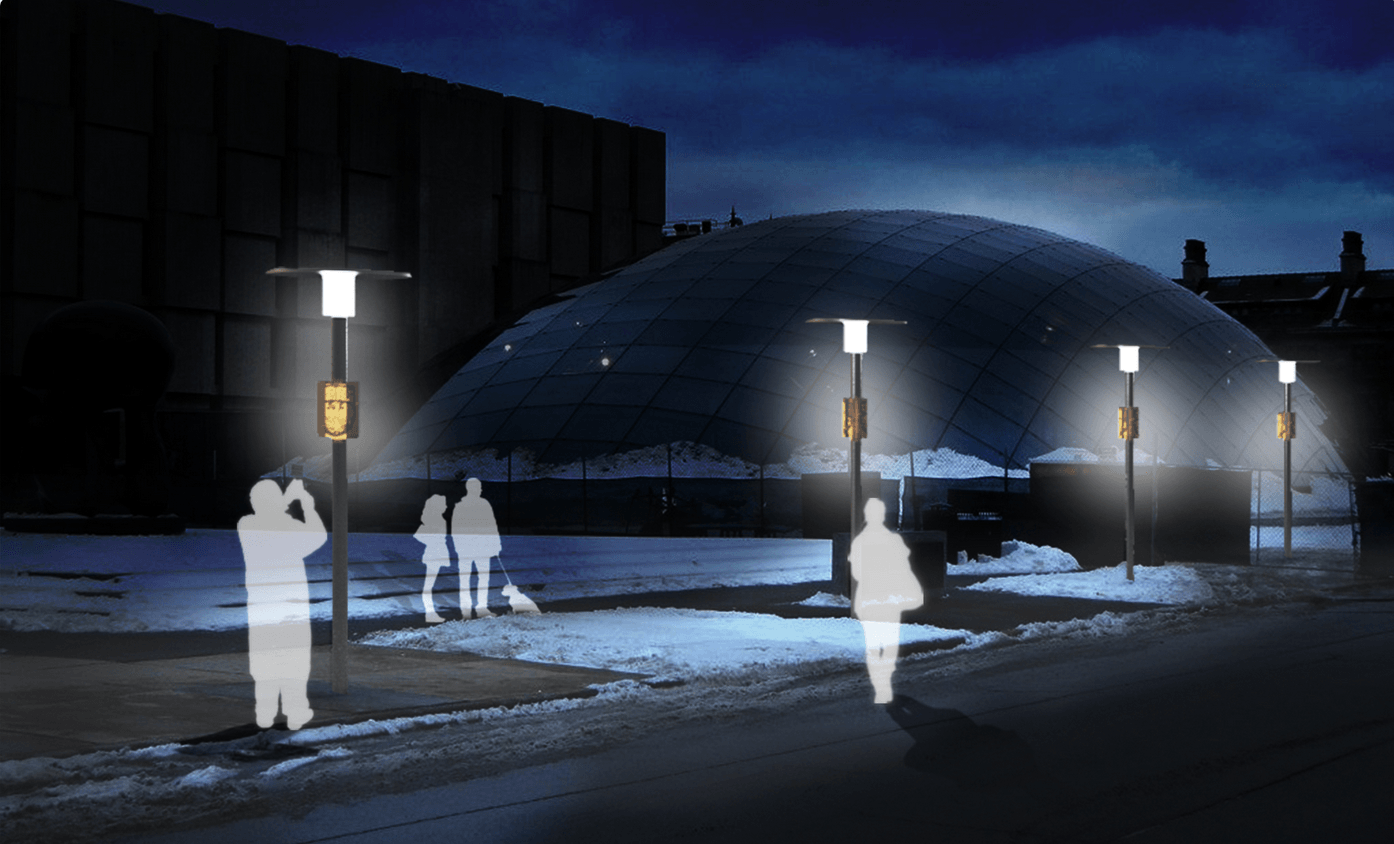 Other cities are planning on rolling out similar AoT projects in their own cities, including Chattanooga, Atlanta, Boston and Austin. These cities  will have to contemplate their own city-specific challenges (e.g., some geographies may be more open to government “surveillance” than others) as well as general challenges with a broad data initiative such as this one. Getting the residents’ support is absolutely crucial for the success of such a project; socializing the power of the data to residents, local businesses and government agencies will be vital to extracting the full potential of having such a wealth of open data. As we continue to move toward smart, connected cities, what cities can do to harness this data will only become an increasingly important question.