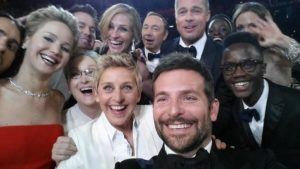 Recognize the picture? Ellen DeGeneres live tweeted this famous Oscar 2014 selfie. Favorited over 7,00,000 times and retweeted more than 1.7 million times, Twitter temporarily crashed with the enormous traffic the photo attracted1. The photo wasn’t taken on a Canon or Sony camera but with the Samsung Galaxy Note 3!

Stars aren’t the only ones who like selfies. We all do! We use smartphones to click photographs, preferring the ‘all-in-one’ device to a separate camera. One may argue that the quality of a photo from a camera is superior. Although true earlier, frequent upgrades in smartphone cameras have significantly improved image quality. The images below taken from iPhones 1–6 show an improvement in quality with each upgrade. The iPhone 6s has a superior 12-megapixel camera, backside illumination sensor and several features which contribute to high quality images3. This short video4 compares the quality of videos taken on an iPhone 6s and Canon’s DSLR. 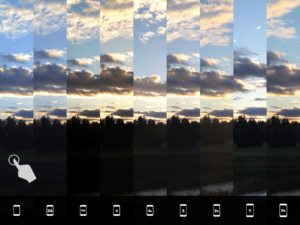 Smartphones offer more features than cameras and both are available at multiple price points. More than convenience and low cost, the biggest advantage is being connected to the internet. With connectivity, photos and videos can be shared quickly, easily and in real time. The result: a staggering 1.8 billion photos are shared across social media networks such as Facebook, Snapchat etc every day! This ability has become a ‘sticky’ point for customers. As Christopher Chute, Director of worldwide digital imaging at IDC, a market intelligence firm, rightly points out “Image quality is now second to connectivity to web services like Facebook5”

With users switching to phone cameras, the camera industry has seen an erosion in their value proposition. The graphs below illustrate the decline in camera sales over the years. Compact cameras, suffered the heaviest decline, reaching a peak in 2010 and reducing thereafter to ~40 million units in 20156. Even high-end cameras with interchangeable-lens (ILC’s) used by professional photographers, a category thought to be protected against the threat of smartphones, witnessed a 9.1% year-on-year decline in global shipment in 20136.

Canon, the Japanese camera maker and a global market leader, has been severely affected too. In 2013, Canon VP Toshizo Tanaka’s public statement, “The changes in the business environment are very severe.7”, summed up the enormity of the challenges ahead. The company’s stock price has lost more than half its value since 2007 and has repeatedly missed earnings targets in recent years8. 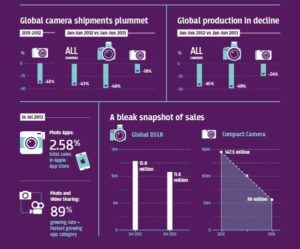 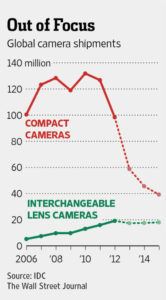 Image 3 & 4: Decline in sales and shipment of cameras

In the short term, Canon slashed prices, especially on compact cameras. The decline in this segment was inevitable as customers were price sensitive and saw more value in smartphones, priced similarly.

Instead, Canon decided to cater to professional photographers, the higher end of the market. The company leveraged its strength of selling high quality cameras, something they felt smartphones could not provide.

In 2015, Canon launched over eight new models. All promised high quality photos and videos with the important upgrade, being wi-fi connectivity. This meant one could click photos, connect to their smartphone and share them across social media instantly. The price of $430 though, seemed high. This could keep customers away, given the wide price range of smartphones9.

Canon could have started a separate B2B business unit and partnered with phone manufacturers like Apple and Samsung to supply camera components such as sensors etc. Catering to their desire of continuous improvements in the phone camera, this could have been a win-win partnership. Canon could have leveraged its core competency of making high quality cameras and changed its operating model to adapt to new circumstances. Sony is doing this by expanding its profitable image sensor business with increased demand from customers like Apple and Xiaomi. As the saying goes, “When there’s a gold rush, sell shovels!12”

Targeting professional photographers with new launches and including wi-fi connectivity is certainly innovative. The company should also invest in R&D to develop radically new products. Sleeker, lighter and trendier cameras may appeal to younger and price sensitive customers, who have switched to smartphone cameras. Similarly, R&D can help Canon reduce prices to attract lost customers.

The Socialmatic or Instagram camera (image below) is one such example. Designed by ADR Studio, it is meant for Instagram fans. The camera has wi-fi connectivity, sufficient storage space, can be used to upload photos to Instagram from the device itself and can print polaroid pictures13. It is trendy and reasonably priced, starting at ~ $100. 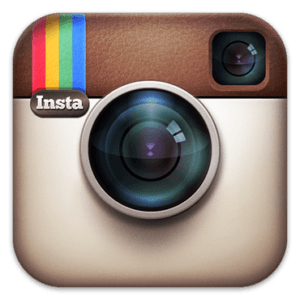 The challenge of competing with smartphones is immense but frequent and radical innovation is a way for Canon to remain relevant in these changing times.