Samsung Electronics first launched a Smart home initiative back in September 2014 at IFA, one of the largest electronics exhibitions in the world. As to the keynote speech given by the CEO, Samsung believed that Smart home was the next big thing in the electronics market.[1]
At the IFA last year, Samsung introduced SleepSense, a device that you slip beneath your mattress and it tracks your sleeping pattern and generates a sleep report every morning with advice on how to sleep better at night. Samsung believes that this will also be an integral part of materializing Smart home.[2] 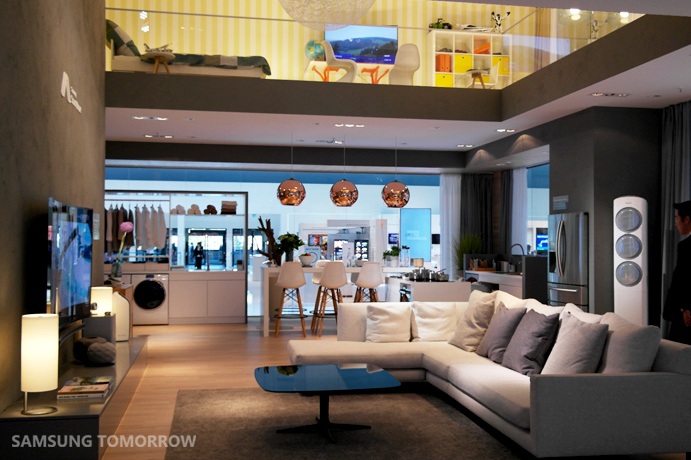 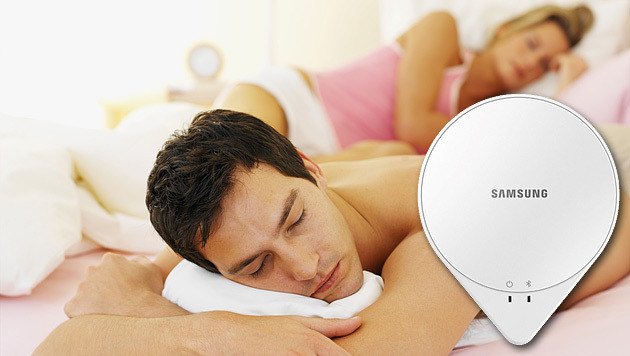 And finally at this year’s IFA, Samsung released ‘Family Hub’ which will become a key driver in expanding the Smart home initiative. Family Hub is the central platform that is installed in your refrigerator. Samsung selected refrigerators as the center of communication inside a household where family members gather to drink water or leave a sticky note to each other.[3]
Family Hub gives you information on how long has the food been stored and how much time you have left before certain items expire. It also automatically orders food and provides recommendations on the recipes. A camera inside the fridge analyzes everything for you. Through Smart Hub, you can also access the washing machine and the air conditioner, and of course, it is connected to your smartphone. The network hub for all these new features is based on the technology acquired when Samsung bought SmartThings in 2014. 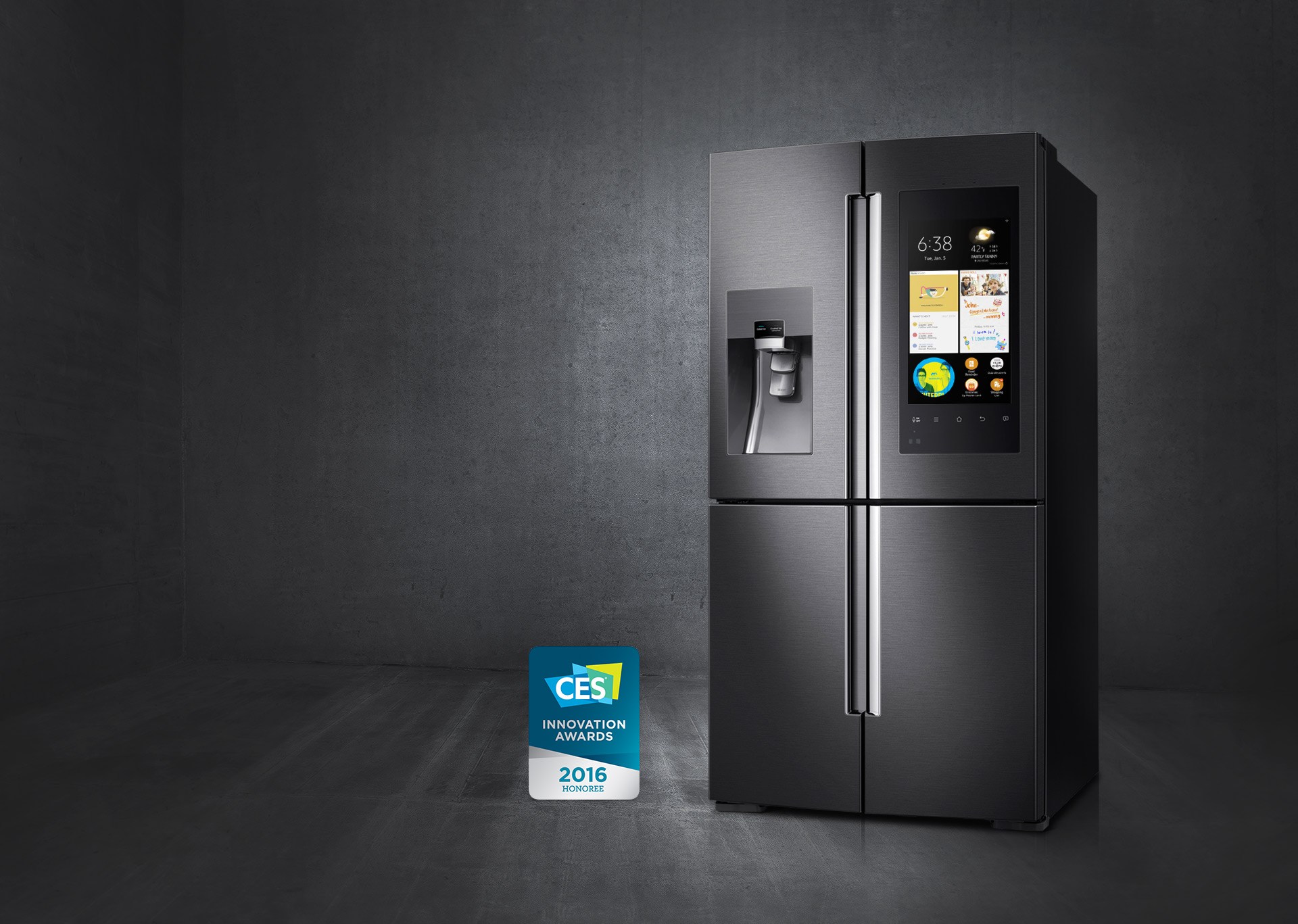 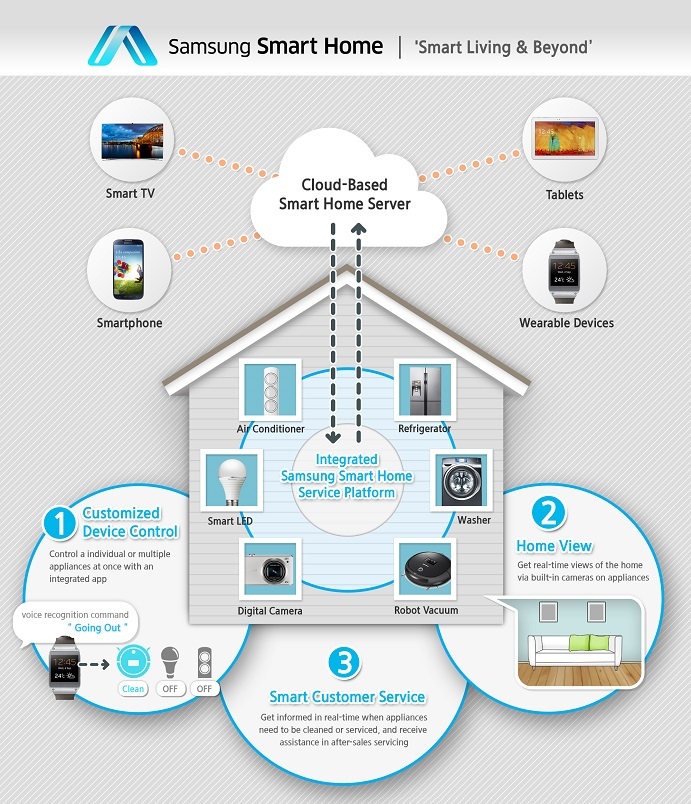 Samsung saw the opportunity in the Smart home market early on. The company had three major business units; mobile communication, semiconductors, and home appliances. Each business unit grew exponentially during the early 2000s and became market leaders in all three. But the company was missing the synergy between the business units and was aggressively looking for was to connect the products that it offered to change the lifestyle of its customers.

Samsung has been a market leader, not only in Smartphones but also in home appliances such as TVs, washing machines, and refrigerators. Samsung also acquired a luxury built-in brand Dacor to strengthen its product portfolio in the home appliances market. The competitive edge for Samsung to enter the Smart home market was their existing product line. But despite having a powerful “hardware” base, the company still lacked a software platform, a platform that can maximize the synergy between its existing hardware. So Samsung shifted its strategy towards investing and acquiring companies that had the capability to provide the software.

Internet of Things (IoT) seemed to provide a near-term solution. A dynamic industry was evolving around IoT technology. For Samsung, the development in IoT was the perfect chance to compliment the companies existing manufacturing business.
Samsung started focusing in IoT by acquiring SmartThings in 2014. The expected synergy between the existing product line and the open IoT platform that SmartThings brought into the picture. Samsung is embedding SmartThings technology in all of its new Smart TVs as well as some major appliances and other electronics. Samsung’s effort in connecting appliances through an IoT platform is not only limited to the company’s products. In the second half of 2016, Samsung introduced “SmartThings Hub” which will connect not only Samsung products but also appliances from other brands to the Smart Home Network.

Going further with IoT, Samsung launched its own IoT chipset and cloud development platform called ‘Artik,’ and this year the company announced a $1.2 billion R&D initiative in IoT. Samsung ARTIK is an open platform designed to enable faster and simpler development of new enterprise, industrial and consumer applications for the Internet of Things. The platform is designed to deliver a superior end-to-end solution with integrated modules featuring best-in-class security, cloud connectivity, local intelligence and a wealth of partner applications through its rich developer ecosystem.[5] 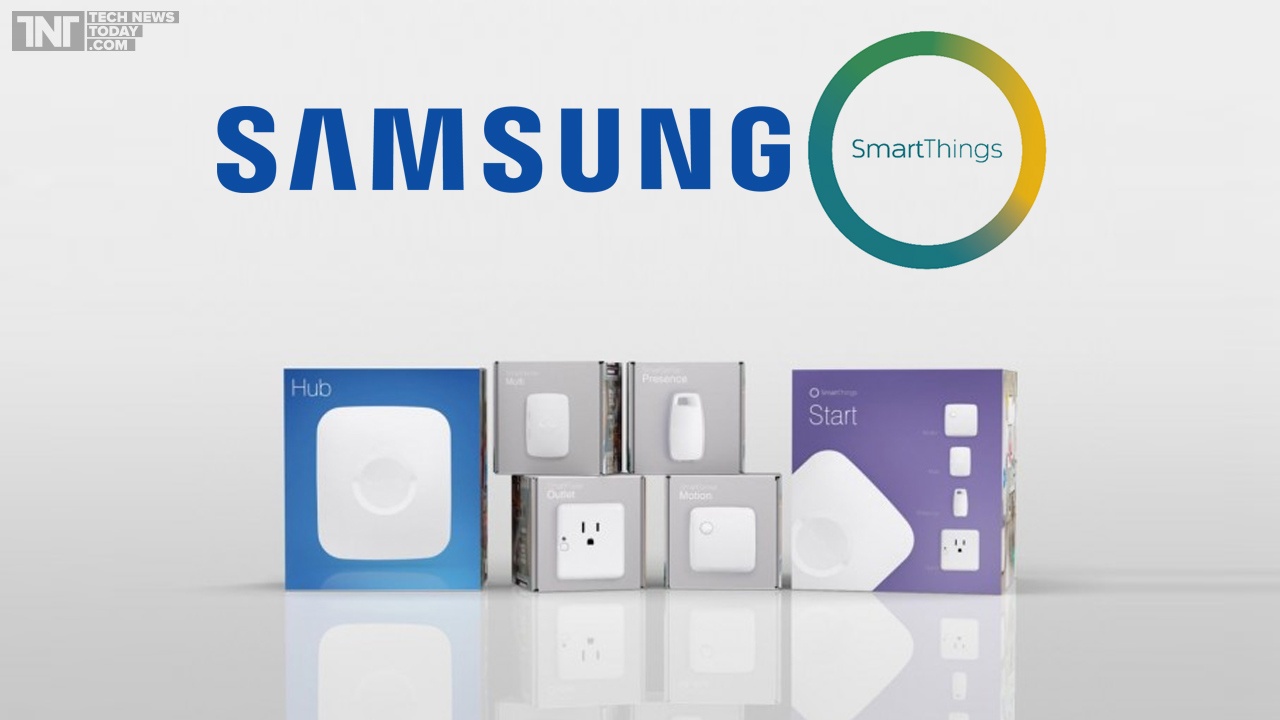 As in other technology waves, both incumbents and new players have opportunities. Digitization blurs the lines between technology companies and other types of businesses.[6] In Samsung’s case, digitization was a key driver in the strategic expansion of its business model.

Samsung recently acquired Harman International, an automotive technology company that is well-known for its navigation system and audio products. In a time when the mobile market is undergoing changes and slowing down, connected cars could be the next platform for technology innovation. The vehicles are also likely to tap into corporate IT resources — even for those outside of the automotive business. Connected vehicles are capable of capturing large amounts of data and will play a key role in the burgeoning internet of things (IoT) ecosystem. [7] This will be the new next big thing for Samsung and a big step closer to connecting all the elements in everyday life.

The geeks shall inherit the earth