In October 2018, news leaked that Bytedance, the Chinese parent company behind the news aggregator app Toutiao and short-video platform Douyin (or TikTok, known outside of China), among a dozen other mobile content apps, closed a latest funding round of $3Bn, from a group of investors including Softbank, KKR, General Atlantic. The post-money valuation of ~$75Bn USD made it surpass Uber to become the world’s most valuable private tech startup.  With a suite of “super apps”, Bytedance has a combined monthly active users (MAU) of 1.3Bn worldwide and was projected to generate $70Bn USD of revenue in 2018.  Despite the achievement, Bytedance was only six years old. The question is: how did it do that? 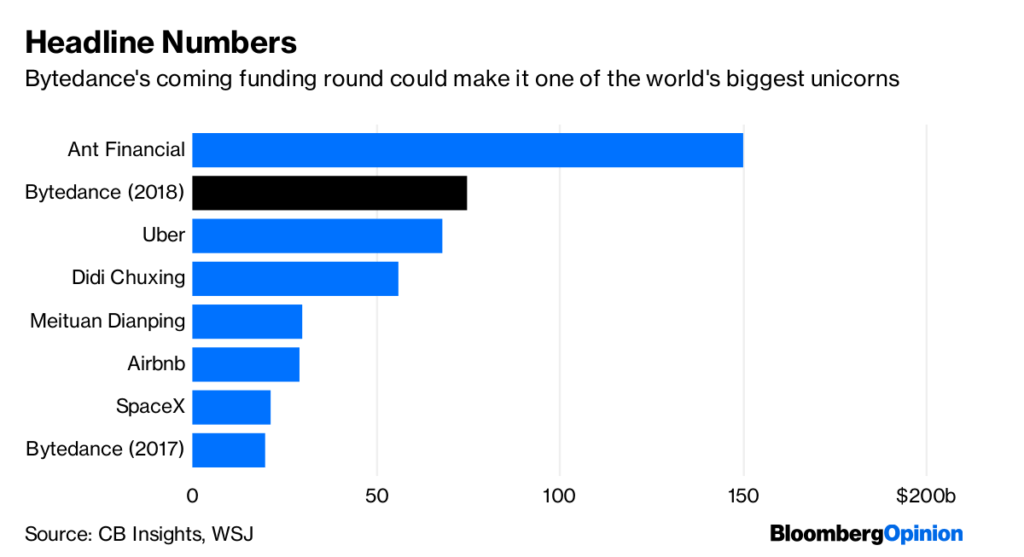 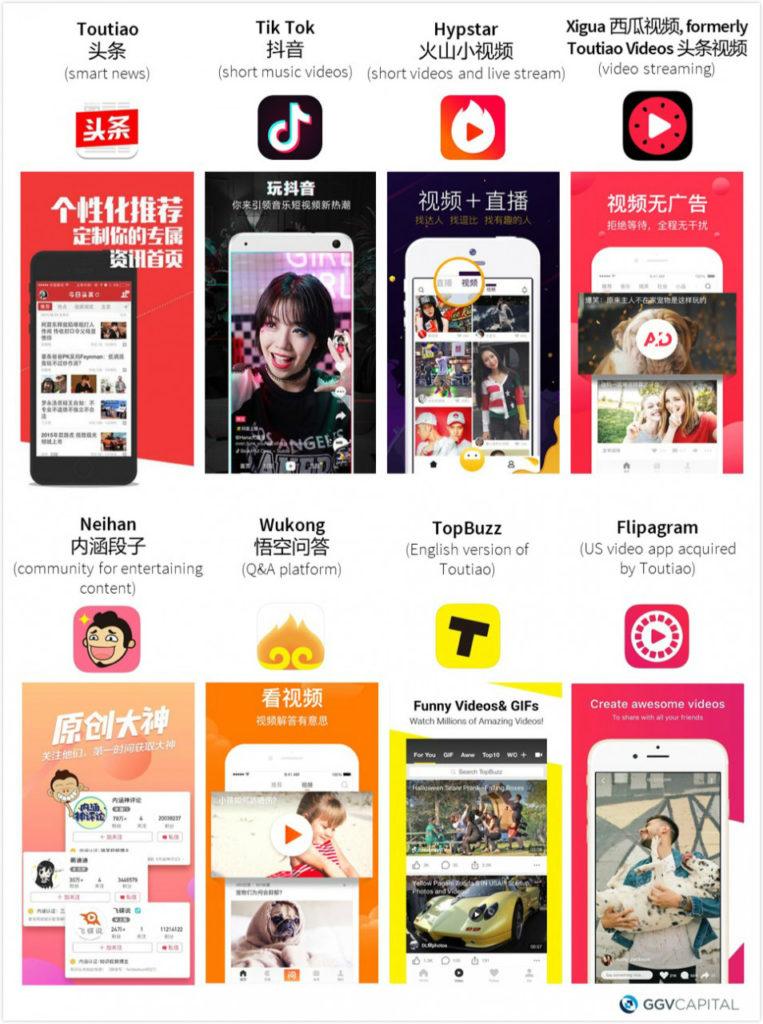 In 2012, Zhang Yiming, a locally trained engineer and serial entrepreneur started Toutiao, a news aggregator app that scrape news from the internet and push to people “based on their interests”.  When explaining the business, Zhang Yiming told investors that Toutiao’s recommendation algorithm was powered by artificial intelligence (AI) and machine learning. The CEO emphasized that Toutiao was not a news company, but an AI company in the search business or social media business. At the time, most investors were skeptical, as they believed the news recommended by Toutiao were no different than major online news portals.

However, things quickly started to change. 90 days after the launch, Toutiao attracted 10 million users to its platform. With a laser focus on mobile, Toutiao took advantage of the smart phone penetration and partnered with smart phone manufacturers to pre-install the apps. Once consumers opened the app, they tend to stay because Toutiao would keep pushing content to them based on consumers’ prior browsing behaviors (what kind of content they liked and how long they spent on each news piece). With an easy and friendly interface, one can keep scrolling the app and reading news recommended to yourself. Because Toutiao used artificial intelligence algorithm to select and push the news, the company did not hire a single reporter or editor. As a result, the business model was extremely capital-light and salable. Toutiao makes money through advertising by inserting an add every three or five pieces of news. The larger the user base, the more data generated to optimize Toutiao’s algorithm, the more accuracy content and ad were distributed to the consumers, allowing Toutiao to create two virtuous cycles for both consumers and advertisers on the platform. 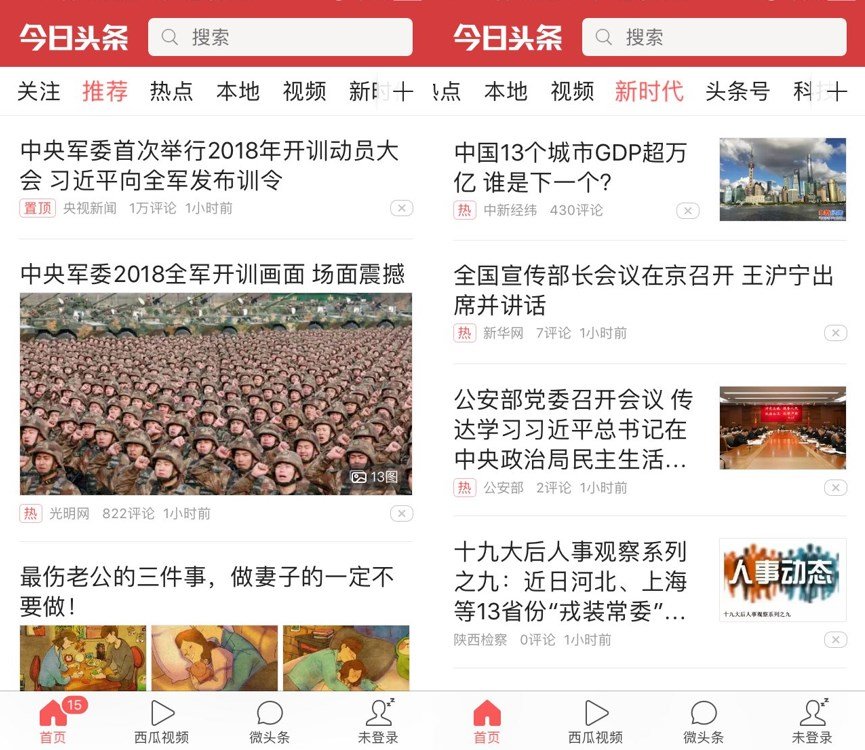 Thanks to the addictive content, users spent increasing long time on the App. An active user typically spent more than 60 minutes a day on the platform, only second to Tencent’s Wechat, a social network app for everyday communications. By the August 2016, Toutiao‘s daily active users (DAU) surpassed 60 million, with total users of over 550 million. During 2016, Toutiao also aggressively encouraged content generators such as writers, news reporters and KOLs to set up their accounts on the platform. Leveraging its huge user base, Toutiao shared revenue with the content generators similarly to Youtube, to attract exclusive content and further building its competitive moat.

From one app to multiple apps, from China to global

In late 2016, Bytedance launched Douyin, a short-form video app that allowed people to upload 40-second self-made videos. Leveraging its existing user base and the algorithm infrastructure, Douyin was able to identify popular videos and push to users who may like them, based on their previous interests / browsing pattern. In two years, Douyin (and its overseas version TikTok) quickly became world’s most down loaded app, attracting DAU of 100 million domestically and DAU of 400 million overseas by late 2018. 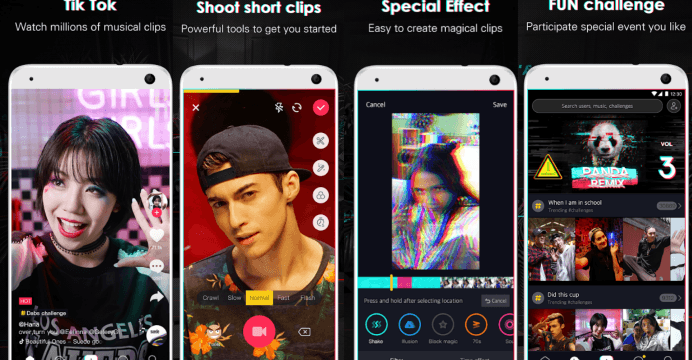 Along Bytedance’s journey of incredible growth, the company has been repeatedly excoriated by authorities for failing to filter content that were sexual or violent or simply fake news and been forced by the government to clean up its services with alarming regularity. In respond to that, Bytedance started to employ a large team of editors to filter and censor content to comply with authorities.

With Bytedance’s rise, it is driving intense competition both domestically and overseas. Bytedance’s advertising business model is taking market share from other tech giants such as Baidu and Tencent in China as well as Facebook overseas. These tech giants quickly rolled out similar apps to compete with Bytedance. In addition, the consumer-centric nature of Bytedance’s business means it ultimately competes for user spare time, which is limited. Management currently address these issues by creating innovative and differentiated product features. Going abroad to under-penetrated markets was also another strategy that the management is currently adopting.

Other steps to take

Instead of staying in content business and focusing on end consumers, Bytedance could explore enterprise opportunities where they could export their AI capabilities to enterprises who could better serve their clients with enhanced efficiency and better customer knowledge. The addressable market opportunity for the enterprise business is even larger.

As Bytedance grows bigger and bigger, we need to ask what kind of real value it creates for the society? Is it healthy for users to spend that many hours on a dozen of apps, whose purposes were to feed the information (usually sensational) to keep the user stay on the platform to generate ad revenue?