How many people still shop on Groupon today?

Just a few years ago, Groupon, the discount voucher company, was hailed by the Wall Street as a revolutionary star in the bargain business. It expanded rapidly around the world. It turned down a $6 billion acquisition offer from Google. But such glory faded away quickly leaving Groupon with a gloomy outlook.

Today, investors don’t like its shares anymore as the prices hovered around about a quarter of its initial offering of $20 per share in 2011. Customers are turning away from the site too, while the number of its active users peaked in 2014, according to research firm Statista. (Well, maybe my friend Jane, a hard-core Groupon fan, would disagree with me.) In fact, Groupon has been struggling to bolster growth and profit since its IPO.

What has gone wrong?

Betting on the collective buying power, Groupon makes money by offering steep discounts on almost everything from school bags to hot spa massage services. It then shares the revenue with the suppliers. The idea is that the online traffic lured by the discounts will transfer to offline, meaning more store-goers.

However, most of the Groupon users are not my friend Jane. About 80 percent of them are new buyers, who would never come back to purchase the full-price products nor shop at stores, according to a study by Rice University.  With fewer returning customers, merchants are less likely to offer deals on the Groupon site in future.  As the thrill of the deal faded for many consumers, the vicious circle started. 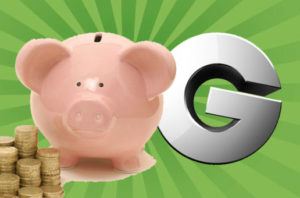 Alarm bells should have rung. But with the initial success, the company’s executives buried their heads in the sand, Groupon aimed to grow as big and as fast as it possibly could be. It quickly morphed into the online marketplace to compete with eBay, while its deals business was still in competition with retailers like Overstock.com. It then entered dozens of foreign markets without conducting thorough market research.

Just like many other aggressive tech companies, Groupon underestimated the local competitors and copycat services. It had to pull out from 17 countries including China, Denmark, and Norway. Groupon even pushed out its Co-Founder Andrew Mason.

In an effort to turn around its plunging business, Groupon has increased its marketing budget by spending as much as $200 million in 2016. It sends out numerous daily e-mails to users loaded with deal information. However, throwing tons of money in advertising won’t help it revive the local deals space.

There are just too many offers on Groupon that are either useless or lack of mass appeal. Even my friend Jane complained that the emails sometimes could be very annoying, while it became so hard to find good deals on the site.

Groupon also tried to diversify from its roots in daily deals. It has since cut jobs and sold off stakes in overseas businesses as it transforms into an online marketplace. But wouldn’t it be too late? After all, it cannot keep on burning money to retain and gain customers like my friend Jane.

As Mason told the Seattle Times in 2015, Groupon was a “stupid, boring idea that just happened to resonate.”

“I Google it from time to time, but I have moved on,” Mason said.

Hey Siri, can you help yourself?

Student comments on So Long, Groupon!