Today’s generation of healthcare consumers are becoming more engaged in their care and understand the benefit of early investment in their health and wellbeing. This creates a growing demand for ways in which consumers can easily monitor their health and this is reflected in the burgeoning market of wearable devices. 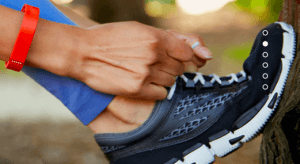 In our increasingly socially connected society and our penchant of sharing too much information with our networks, Fitbit is a Winner. Fitbit is a company that sells a range of activity trackers. With its product range it has manage to tap into the niche group of consumers who care about being fit and being seen to be fit. Consumers that would be willing to pay the hefty premium of what some people would say is simply a glorified pedometer.

However, I would argue that Fitbit’s first value creation is they have manage to make it ‘cool’ to be seen to be fit through the association of using their aesthetically pleasing product, much like what Apple has achieved. 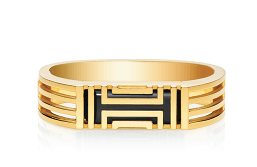 The second value creation is these wireless-enabled wearable devices allow for daily background data to be ubiquitously monitored and captured. Data that has been able to be captured includes number of steps walked/climbed, quality of sleep, heart rate, weight and other personal biometrics.

The third value creation is the data is now able to be easily accessible either through a mobile app or through the Fitbit website with the data being wirelessly synced to your smartphone and computer. Simple calculations provided to consumers would include, an overview of the total daily distance walked/climbed, calories burned and level of activity. This could then be widened to see the trend over a period of time. 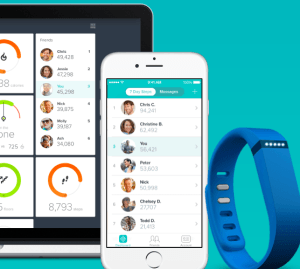 This information would also be coupled with the fitness goals users have set for themselves on the website and allows consumers to track their progress in achieving these goals. Easy access to all these information enables consumers to become more engaged in managing their health and is a relatively recent phenomenon.

The fourth value creation and probably the main reason for Fitbit’s ongoing success is the social network feature it has. This feature allows users to be in ‘competition’ with their peers who are sharing that information with each other and is a subtle form of gamification. I have heard a story where a girl stayed an extra four hours at work so that she could beat her friend’s daily steps walked! Her work place had a treadmill that she could use. The social aspect of the product therefore keeps the users locked onto the Fitbit ecosystem, as they would choose to stay on because of the network effect created by having their peers on the same system.

To end, I would say that there are two major potential value creations Fitbit could further capitalize on. The first is the user’s Fitbit data could be shared with the user’s doctor to help doctors and consumers with diagnosis and self-management of their chronic conditions. However two main challenges to overcome would be the issue around interoperability to enable push data onto the doctor’s patient management system. The other would be a legislative change that would need to occur due to the additional privacy measures enforced on patient health information.

The other potential value capture would be this continuous stream of health data collected, which allows access to a rich new pool of information, otherwise known as big data. Big data analytics then holds the promise of more targeted interventions and advertising relevant to particular consumer groups. For instance, if the data is sold to a pharmaceutical company they can use big data to monitor the therapeutic efficacy of their newly released medication to control a patient’s heart rate.

The pharmaceutical company can then use this new information about patient responses as their post-marketing surveillance to further promote the therapy and increase drug sales. The main reservation around this business model would be the ethics behind it as well as the potential to lose consumer’s trust in using the product as they feel their data is no longer private but instead sold to the highest bidder.

In summary, Fitbit is a winner based on the number of value creation it has achieved and the potential for future growth for the company through other business models it could get into.

Does Google Monitor Your Carry-On? Digital Innovation in Travel Accessories

Student comments on Cool to be fit? Another Hipster trend monetized.