Wounded Warrior Project (WWP), a nonprofit that aims to “help injured servicemen and women aid and assist each other and provide unique, direct programs and services to meet their needs,”[1] is one of the most recognizable nonprofits in the post-9/11 era.  One could arguably draw the conclusion based on the organization’s visibility, assets, and expenses that it is the leader of nonprofits that treat wounded warriors’ needs, but a closer examination indicates that it lags in its ability to blend its business and operating models and is in fact ineffective.

WWP explicitly states that its mission is to “honor and empower Wounded Warriors”: its business model is based on creating value for wounded warriors from post-9/11 conflicts who have returned and have unmet needs[2].  The organization boasts of 20 current assistance programs, and claims it will have supported 100,000 veterans and provided access to $96,000,000 in benefit entitlements (from the government, not WWP) by 2017, as seen in exhibit 1.

The operating model indicates a potential misallocation of funds to accomplish its mission and suggests the organization is in fact an extremely successful marketing firm that spends an exorbitant amount of money on marketing, consulting and other services, and salaries.  This is contrary to the business model of the organization.  As seen from the current financials (reported at the end of FY14), WWP received total revenue and support of $410,552,126 (exhibit 3).  Its expenses for the period were $300,279,616, reinvesting $115,018,259 to build a treasure trove of assets to “hopefully” be used at a later date to support its charitable donors’ intended recipients.  Exhibit 2 shows the claimed support given to each charitable program.

If ones took a more optimistic approach to investigating the operating model of WWP, one could argue that its extensive marketing, mailings, and fundraising efforts have allowed WWP to sustain a competitive advantage by being one of the most prevalent nonprofits in the veteran space.  One could also argue that the treasure trove that the firm has created could be used for future veterans and will grow in order to increase the number of programs in the future.  Alas, with two conflicts having ended or having seen a significant reduction in troops, a more special operations/air support heavy campaign in the immediate future utilizing less troops, and casualty numbers significantly reduced over the past few years, chances are the number of wounded warriors will not skyrocket in the immediate future.

On a final note, the aim of the organization is inherently good, and its mission meets the criteria of what this nation’s wounded warriors need – support, assistance, and a chance for sustainability in the future – but its operating model does not match its mission.  While Charity Watch (a website intended to educate philanthropists) rates WWP with three out of four stars, one must be diligent in understanding that while its transparency and governance receive four stars, its finances receive two[3].  A word to the wise: investigate the direct contributions of your charities to their intended recipients before donating. 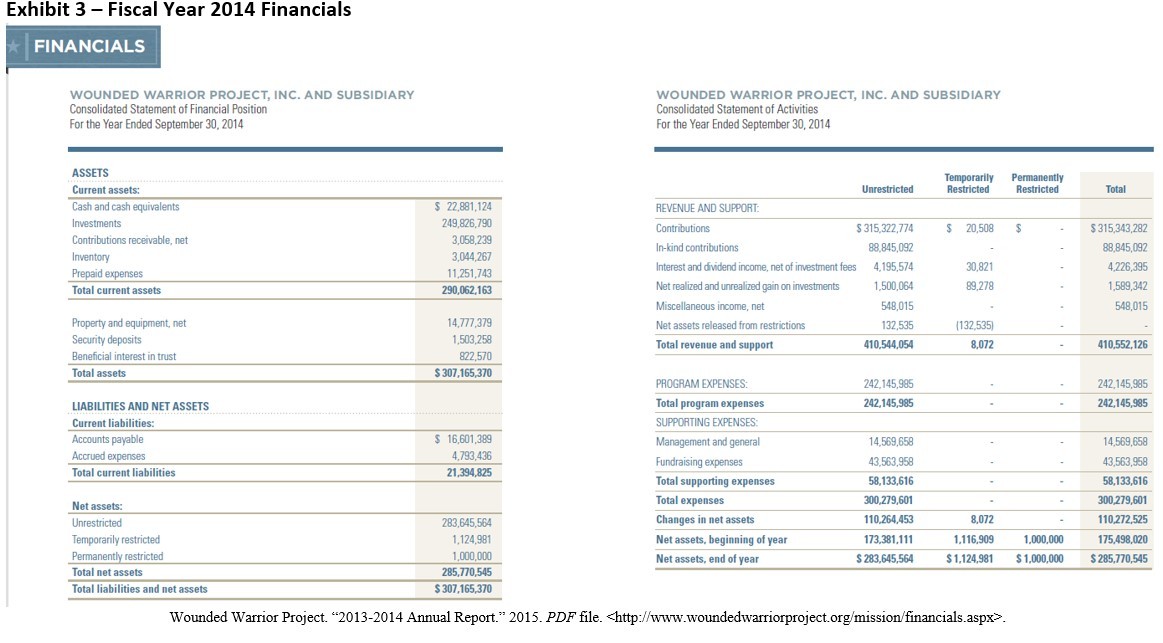 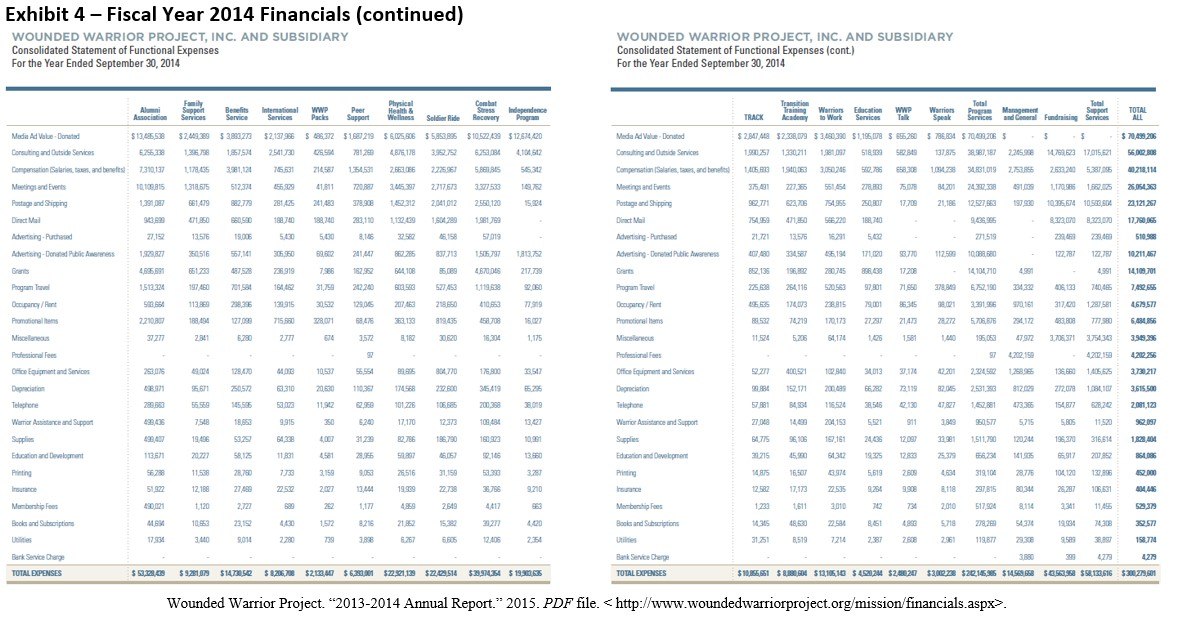 The Force is with Mickey Mouse

Spinning and Winning: How Peloton is revolutionizing fitness, technology, and everything in between

Student comments on Wounded Warrior Project: Not quite the hero we expect?