Since its first store opening in 1980, Whole Foods Market has emerged as the leading supermarket of natural foods, generating over $15bn in annual sales with over 400 stores [1].  Whole Foods’ success is applauded by many for pioneering the mainstream delivery of organic and natural foods, while others critique the exorbitant prices they face at “Whole Paycheck” [2].  Regardless of its success and reputation, Whole Foods will be challenged by climate change and has already undertaken several measures as a result, but can do more.

What are some ways that climate change could impact Whole Foods?

Diminishing crop yields: Climate change has potential to reduce crop yields which will challenge Whole Foods to maintain its diverse range of quality products.  With global temperatures predicted to potentially increase 3 degrees C by 2050, Whole Foods will face declining crop yields and reduced variety, particularly in products from areas most likely to be impacted such as South America [3]. 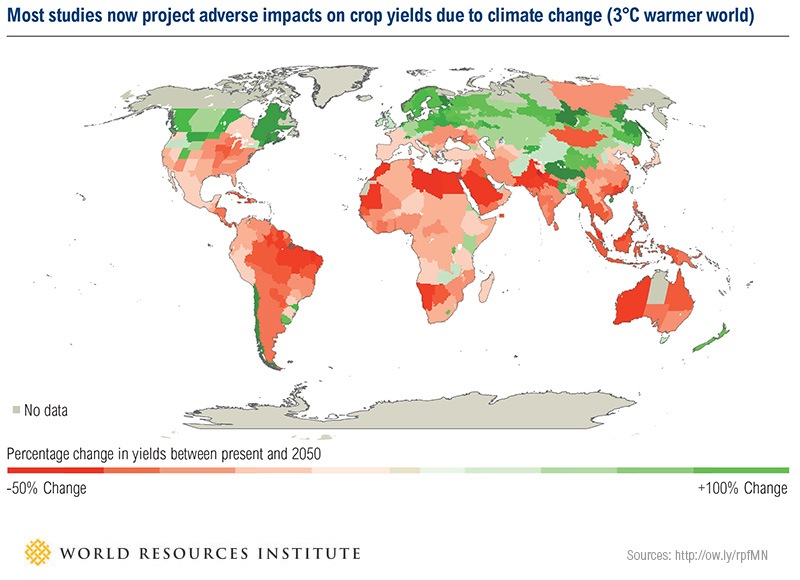 Disrupted distribution: Whole Foods relies not only on its producers, but also on its distribution network to deliver its products from around the globe to its stores. With only 24% of its products sourced locally, the majority of products require a complex network of domestic and international producers and distributors [1].  Flooding is one specific problem that damages roads and warehouses, creating backlogs and spoilage [5].  In the US, where a majority of Whole Foods stores are located, extreme rain and floods will be further exacerbated by climate change, challenging Whole Foods’ distributors to deliver its products as forecasted [6]. 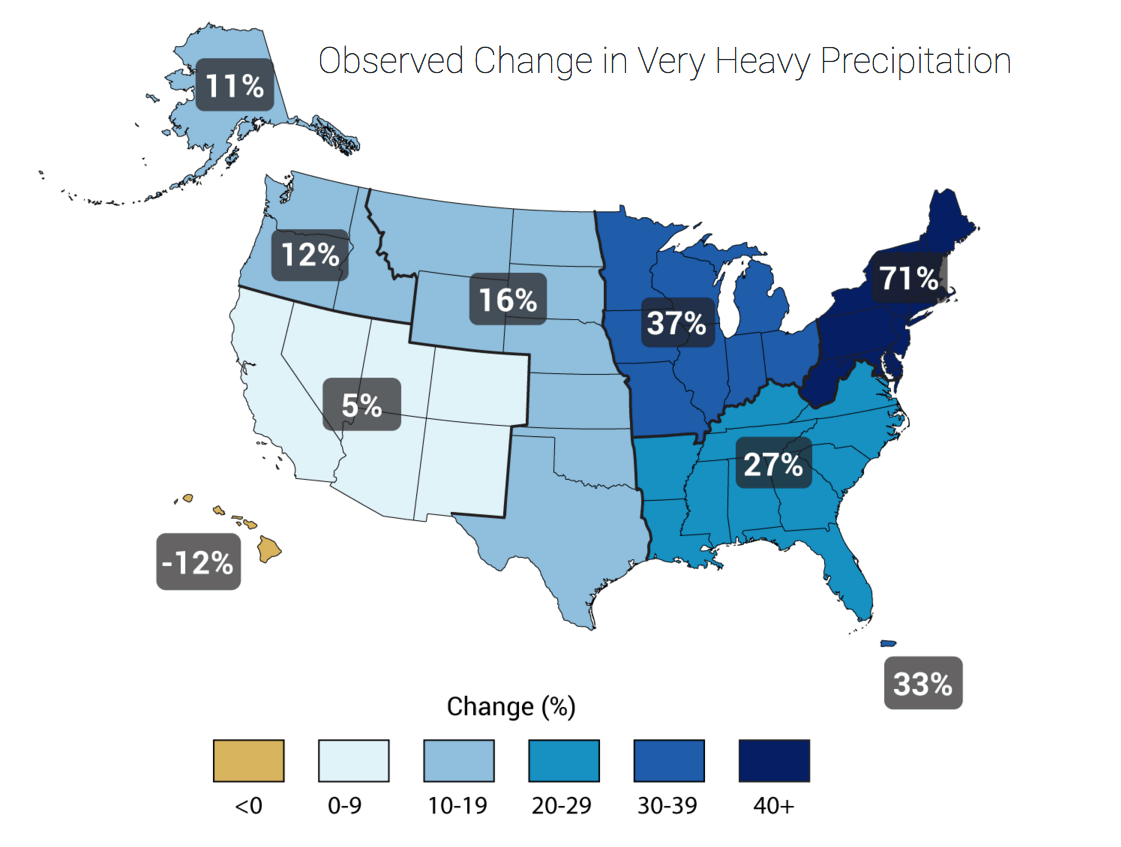 Costly regulation: With increasing scrutiny on food waste, the USDA and the Environmental Protection Agency (EPA) have called for a 50% reduction in U.S. food waste by 2030 [7].  Additional costs could also impact several components of Whole Foods supply chain if a carbon tax were to be enacted as US states push for reform or impose higher oil and gas taxes [8].

What is Whole Foods currently doing to prepare for these climate change challenges?

Diversifying its producers: Recognizing the benefits of sourcing products from a diverse set of agricultural producers, Whole Foods has committed $20 million in low interest rate loans and mentorship programs to local producers.  Aside from goodwill, this initiative expands the pipeline of products Whole Foods can access, which may mitigate overall declining crop yield by giving them access to a more diversified set of producers.

Reduced its food waste and fossil fuel reliance: Whole foods publicly states its commitment to aid in reducing food waste in line with the USDA’s target by 2030 [7].  Stores have developed a process for packaging, refrigerating and donating a wider range of foods, including items from their buffets stations. As an example, in the first half of 2016, stores in the Southeast U.S. donated more than 1.4 million pounds of food to Food Donation Connection [7].  Turning to the sustainability of its energy needs, Whole Foods has purchased an increasing amount of energy from green energy sources, recently ranking #3 of the EPA’s largest green power purchasers [11].

What more can Whole Foods do?

As a start, Whole Foods can more actively acknowledge the impacts of climate change and proudly communicate how their strategy incorporates the challenges they will face.  One way to show this commitment could be joining the ranks of corporate giants such as General Mills and Starbucks in Ceres’ Business for Innovative Climate & Energy Policy group that lobbies for policies that counter the risks posed by climate change [13].

Whole Foods should also commit to change with specific, transparent targets rather than general commitments with no concrete plans.  For example, there are no clear plans or forecasts for how specific product lines will change due to diminished crop yields.  There are no deadlines for transitioning out of plant products.  Furthermore, stores have no targets to attain environmental targets [14]

While some action has been taken since John Mackey’s comments in 2013, Whole Foods must remain wholly committed to taking a leadership role in preparing for and mitigating climate change.

[2] Bloomberg, “Whole Foods Is Ready to Convince You That It Can Do Cheaper,” May 2016, http://www.bloomberg.com/news/articles/2016-05-18/whole-foods-seeks-to-shed-whole-paycheck-rap-with-new-format, accessed November 2016.

[8] Washington Post, “These could be the first US states to tax carbon – and give their residents a nice paycheck,” November 2015, https://www.washingtonpost.com/news/energy-environment/wp/2015/11/10/these-could-be-the-first-u-s-states-to-tax-carbon-and-give-their-residents-a-nice-paycheck/, accessed November 2016.

Koch Industries: Whose side are you on?