Baseball cards, depicted in Figure 1(1), are collectibles featuring a picture of one of the sport’s best players on the front side, with his statistics and biography on the back. Card collecting was a cultural institution in America for most of the 20th century. Millions of kids experienced the thrill of opening a pack to hunt for their favorite player or that rare, 1-in-1,000 ‘insert’. By the industry’s peak in the early 1990s, baseball cards generated $1 billion in sales annually(2), and as the market share leader, the Topps Company and its Topps brand were synonymous with the pastime. 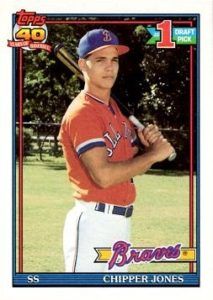 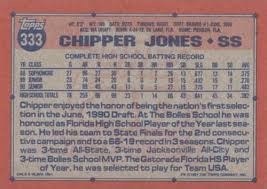 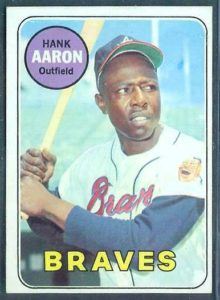 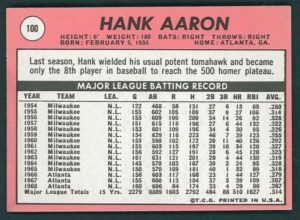 Fast forward just a few years, and the booming industry had shriveled to ~$200 million.(2) Industry-specific factors were a definite catalyst, particularly the Major League Baseball labor strike of 1994, which ended the season prematurely and disillusioned millions of fans.(3) In hindsight, the immense growth in digital technologies throughout the 1990s appears to have been the true driving force of disruption. At their core, baseball cards were a form of entertainment, and exciting digital platforms were quickly emerging as substitutes. One example is the video game industry, which grew rapidly in the mid-90s, in part, behind revolutionary product releases like the Sony Playstation and Nintendo 64. In 1998 alone, the industry grew 24% and added $1.2 billion in sales to reach $6.3 billion.(4) Additionally, the internet made the back sides of baseball cards irrelevant. Netscape’s Navigator web browser was released in 1994, followed quickly by popular search engines like Yahoo and AskJeeves, and soon kids had all the baseball statistics they wanted at the tips of their fingers.

But baseball cards did not quite die completely. The industry managed to subsist as a niche hobby, held afloat mostly by adult collectors with “demand for nostalgia-based products.”(3) Total revenue at Topps Company, which included other trading cards and a $100-$150 million confectionery business, remained mostly flat for more than a decade, as Figure 2 shows.(5) Formerly a giant in the entertainment realm, Topps baseball now lay dormant. 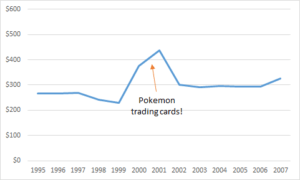 Digital transformation may have been a key cause in the downfall of Topps baseball, but nearly 20 years later, it would also be the backdrop for its revival. Beginning in 2007, three key events changed the foundation for Topps and its iconic baseball card business. That year, Topps was acquired by private equity firm Madison Dearborn Partners alongside former Disney CEO Michael Eisner, who announced plans of “redirecting the entire category towards kids.”(6) In 2011, Topps acquired GMG Entertainment, a leading provider of digital currency products and services.(7) And maybe most importantly, over that time period, the internet-connected phone took over the US. Smartphone penetration increased from 18% in Fall 2009 to 44% in just twenty-four months.(8) Armed with new leadership, in-house digital capabilities, and a new pervasive distribution channel via mobile phones, Topps was ready to bring the baseball card industry into the digital age.

In 2012 Topps launched BUNT, its digital trading card application, shown in Figure 3. Like with paper trading cards, users could buy packs, hunt for rare cards, and trade with each other. With the flexibility to introduce new packs throughout the year, versus large production runs of physical cards, Topps could drive engagement around key events during the baseball season and adapt more quickly to user preferences. Users could now trade cards with an entire online network, rather than just the few collectors they went to school with. BUNT could also be played as an interactive game, in which users accumulated points based on the performance of the players depicted on each of their cards. Atleast initially, the app had success. Topps BUNT 2014 was named a “Best New App” on the iPhone by Apple, peaking as high as No. 25 in The App Store.(9) Motley Fool estimates that the app grossed about $33 million within its first two years.(10) 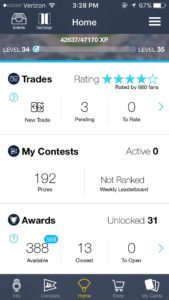 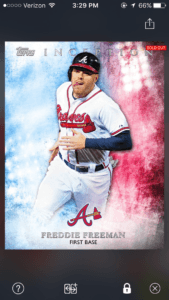 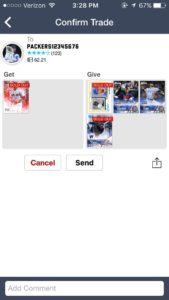 Looking forward, Topps has set out to integrate its digital platform with its physical cards to create a single ecosystem, where owning a card digitally also provides access to the paper version, and vice versa. A key to success will be minimizing production and logistics lead times for physical cards, so that Topps does not have to sacrifice the flexibility that its digital app provides. Technology can play a pivotal role in this process, such as through seamless integration of digital card design and physical production specifications at the factory. Once physical cards reach the hands of users, scanning technologies could allow users to quickly sync their newest cards with the digital app. Topps took its first step along this path in 2016, releasing a limited set of physical cards that unlocked free digital cards.(11) While a longer-term goal of complete digital-to-physical synchronization is ambitious, it would represent some closure for Topps baseball’s down-and-up digital experience. (797 words)