Sneakers and digitalization are two words not often associated with one another. However, Adidas’s “Speedfactory” aims to interlace the two, creating a new factory model that 1) shortens the product development timeline, 2) consolidates the supply chain, and 3) improves unit economics of small batches. For Adidas, the goal is “radical, accelerated footwear production, with hyper-flexible, localized, open-source co-creation, and athlete data-driven design.”[1] McKinsey estimates that Supply Chain 4.0 initiatives like the Speedfactory could drive 30% lower operational expenses and 75% less inventory as lead times shorten.[2]

Why should Adidas care about ramping up the production curve in the Speedfactory?

While the potential benefits of Supply Chain 4.0 are promising, they are not guaranteed. After growing R&D at a 10% CAGR, Adidas now faces the challenge of generating a return on its Speedfactory investment. This is consistent with 53% of respondents in a recent World Economic Forum study, who cited the lack of a clearly defined ROI as a major hurdle in implementing digitization.[4] To break even, Adidas will need to 1) ramp the production yield curve, and 2) prove market demand exists for “mass customized shoes.” In September 2016, Adidas introduced a 500-pair batch of Speedfactory sneakers at €250 per pair, with the goal of bringing down prices as production ramps up.[5] If Adidas cannot drive efficiencies from here, it will struggle to justify the Speedfactory investment, particularly given that Adidas operates at 6.5% operating margin, well below Nike at 13.9%.[6]

Exhibit 2: Adidas’s R&D has risen, but ROI is unproven[7] 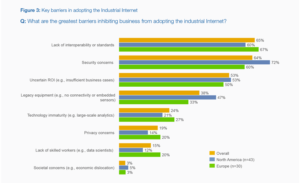 What is Adidas’s management doing to generate ROI?

Near term, Adidas is focused on proving out its concept in a pilot form. This stage involves 1) establishing partnerships with Oechsler on new insole technology and Siemens to run digital-twin simulations of its facility production, 2) developing proprietary computer-aided technology to run the design and manufacturing process simultaneously, and 3) running pilot programs at its first three Speedfactory facilities. After its first pilot in September 2016, Adidas is planning to launch pilots at its second Speedfactory in the U.S., and a third in western Europe.

Over the medium-term, Adidas’s goal is to scale up Speedfactory manufacturing to 1 mn shoes per year (~0.3% of annual production).[9] Adidas also aims to use NFC chips in its sneakers, so that users can send feedback directly to the factory on “how the shoes fit and perform…The more chipped shoes it sells and the more data it receives, the better it can make each new generation of products.”[10]

Adidas should also focus on forming predictive demand models that can reduce inventory carrying costs, and test the optimal degree of customization. Per McKinsey, it is important to pursue rapid cycles of development, testing and implementation in the early stages of digitization, to gain immediate feedback that directs the next phase.[11] Adidas should experiment with ways to use data from NFC chips in shoes, to analyze potential product improvements, the lifetime of the shoe, and new functionality. Adidas can also use this data toward developing dynamic pricing, and reducing excess products that would be sold at a discount and negatively impact margins. Practically, Adidas should also begin discussions with materials suppliers to work on the logistics of moving toward just-in-time manufacturing.

Ultimately, Adidas will need to define Speedfactory’s core differentiation and objectives. Namely, 1) Should Adidas pursue hyper-customization (i.e., reaching “lot size 1”) in addition to accelerating time-to-market? 2) Is the Speedfactory merely a product innovation lab, or a model that should be rolled out across Adidas’s traditional factories?

[7] Bain, “Adidas can now make specialized shoes for runners in different cities, thanks to robots.”

[10] Bain, “Adidas can now make specialized shoes for runners in different cities, thanks to robots.”

Will Artificial Intelligence push CN off the rails?

Student comments on The Race to ROI: Can Adidas’s Speedfactory Make Hyper-Customized Sneakers and a Profit?