Autonomous cars are starting to show up on our roads – Google, Uber, Lyft, Tesla, and many of the traditional automotive OEMs have started testing and releasing early-phase autonomous cars. This trend of autonomous driving will continue and will spur massive changes to our transportation networks, cities, and societies.

Self-driving cars function by having an array of radar and ultrasonic sensors capture vast amounts of data about its operating environment to process in real-time and send control instructions to the steering system of the vehicle. Current Tesla vehicles blend together a variety of sensors including cameras, radar, and ultrasonics (Figure 1) to monitor their surroundings. The heart of this functionality lies in the applied machine learning algorithms that take in disparate data sets and output driving commands that allow the car to follow the road and adhere to its laws. 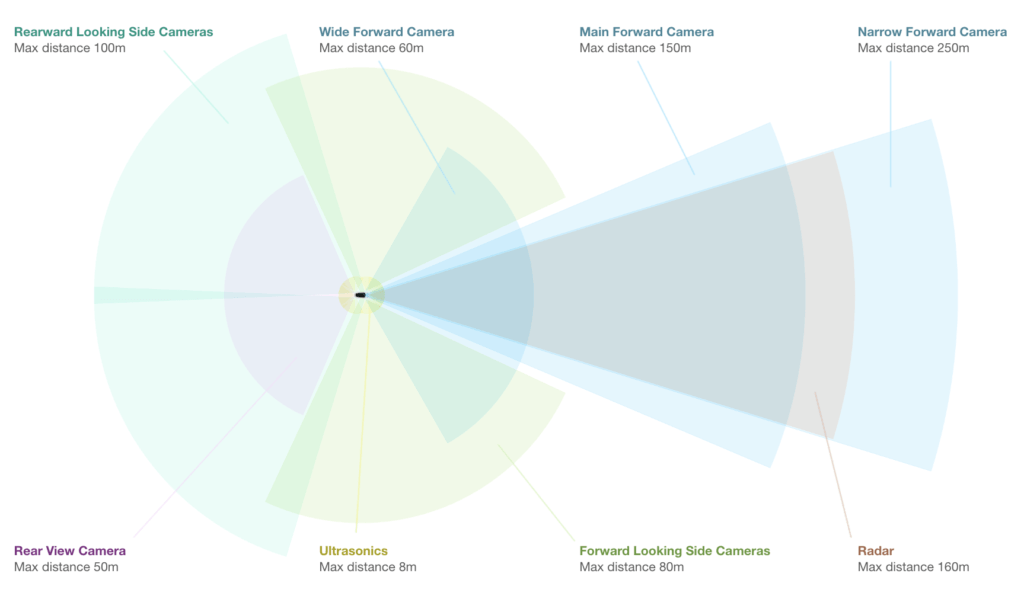 The data processing referenced above can be split into two parts: 1) the on-machine portion 2)the cloud.

On-machine refers to the processing that happens in real-time on the car in order make the control decisions. As was mentioned above, the images from the cameras and radar are combined to allow the car to understand its environmental constraints and produce a set of outputs to control the speed, acceleration, and direction of the vehicle.

Separately, Tesla unleashes the power of machine learning in the cloud2. The machine learning network is a massive neural network project that takes data from all Tesla vehicles and uploads them to the cloud for processing. The hundreds of sensors on each car will capture driving data that can then be fed into the machine learning algorithms which operate in data centers around the world. These algorithms learn from the success and failures of each individual car to continuously refine how the onboard computers respond to data inputs.

Implications of Machine Learning at Tesla

Machine learning has enormous implications for Tesla. Having the greatest number of vehicles on the road with Autopilot systems allows them to capture far more information than their competitors. In a report by McKinsey & Co1, the automotive big data business could be worth $750 billion by 2030 and Tesla by virtue of being a first-mover in this space could be well positioned to capture a vast portion of that market. 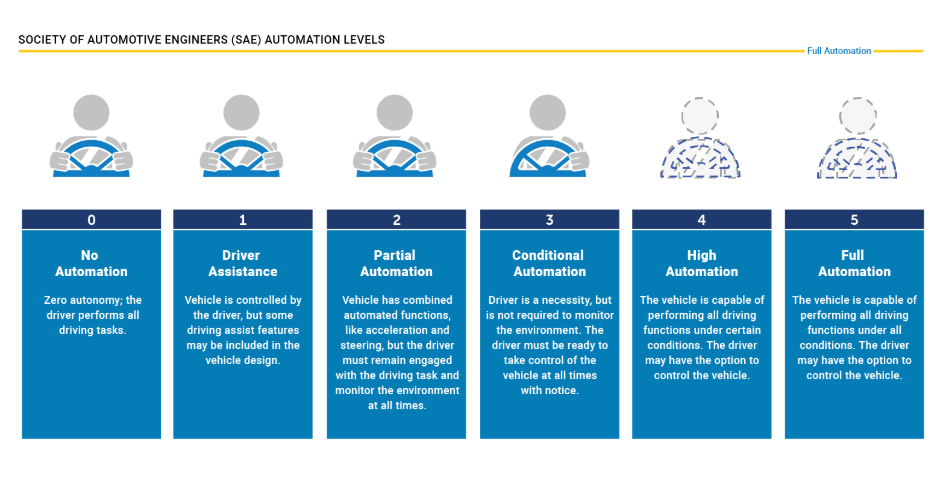 In the near term, Tesla will need to deliver on their plan to reach Level 5 Full Autonomous driving and they will do so by taking their learnings from their massive neural network and feeding that right back into the developmental process. In the long term, Tesla will need to work with governments, infrastructure development firms, and the rest of the automotive industry to build out smart infrastructure that will allow further networked communications to keep cars safe on the road and reduce the level of congestion in cities.

While Tesla has a strong lead in the number of vehicles on the road, which allows them to collect large amounts of data, they will need to be aware of the limitations of the technology. Many have accused the company of being deceptive with their marketing, leading to deaths of drivers that believed their cars were fully autonomous. This is a challenge that Tesla needs to work on as safety should be their number one concern.

The Trolley Problem3 is a common thought experiment in ethics that applies directly to machine learning: You see a runaway trolley moving towards a group of five people, while a lone person stands off to the side. You have the option to pull a lever to redirect the trolley to the lone person and save the lives of the five people that it’s currently aimed at. What do you do? This is the exact type of question that a machine learning algorithm will have to solve. If you were put in this situation, what would you do? (752 words)

Student comments on Tesla: How Machines Are Now Driving Our Cars