When Elon Musk unveiled the Model 3 on the 31st of March, 2016, he said: “Why does Tesla exist? (..) We have record high CO2 levels (..) Which results in a steadily increasing temperature (..) It makes a difference if we accelerate the transition to sustainable transport”.[1]

The CO2 concentration levels surpassed 400 parts per million in 2013. This growth in CO2 levels shows a very strong correlation with fossil-fuel burning according to Nasa[2]. For this reason, policy makers are working towards reducing the use of cars in big cities. In Mexico City for instance, a regulation was implemented in 2016 called “Hoy No Circula” (No Circulation Today). The program requires that every vehicle that wants to move within the metropolitan area of Mexico City has to go through a verification process in an approved center. According to the evaluation results, the vehicle receives a sticker which states how many days of the week the car can circulate. A “0” sticker means that the car can circulate every day, while on the other extreme a “2” sticker cannot circulate for one day nor Saturdays. The main goal of this initiative is to reduce the levels of pollution.[3]

Similar metropolises are also implementing experimenting with similar road space rationing programs. None of these programs affect electric cars, however. Programs such as these which foster the adoption of electric vehicles while raising public awareness about the negative effects of driving an internal combustion engine vehicle represent an enormous opportunity for Tesla. The Model 3 which will be launched in 2018 can be especially powerful for this purpose, given that it will be more accessible than previous Tesla models (starting at $35,000 USD) and targeted towards the mass market.[4]

Other policies that support sustainability are also being implemented. In Mexico, the “Fideicomiso para el Ahorro de Energía Eléctrica” (Trust for the Savings of Electrical Energy) funds 100% of new projects for the micro generation of energy of up to 500 kW, including solar.[5] In the United States, the Business Energy Investment Tax Credit is a rebate in which the owner of a solar panel can claim 30% of installation expenditures as a tax credit. The expiration date of this policy was extended in 2015 to be valid until 2022.[6] Germany has 40 million kW of installed photovoltaics thanks to the German Renewable Energy Sources Act, which provided a feed-in tariff to increase the investment in renewable energies.[7] 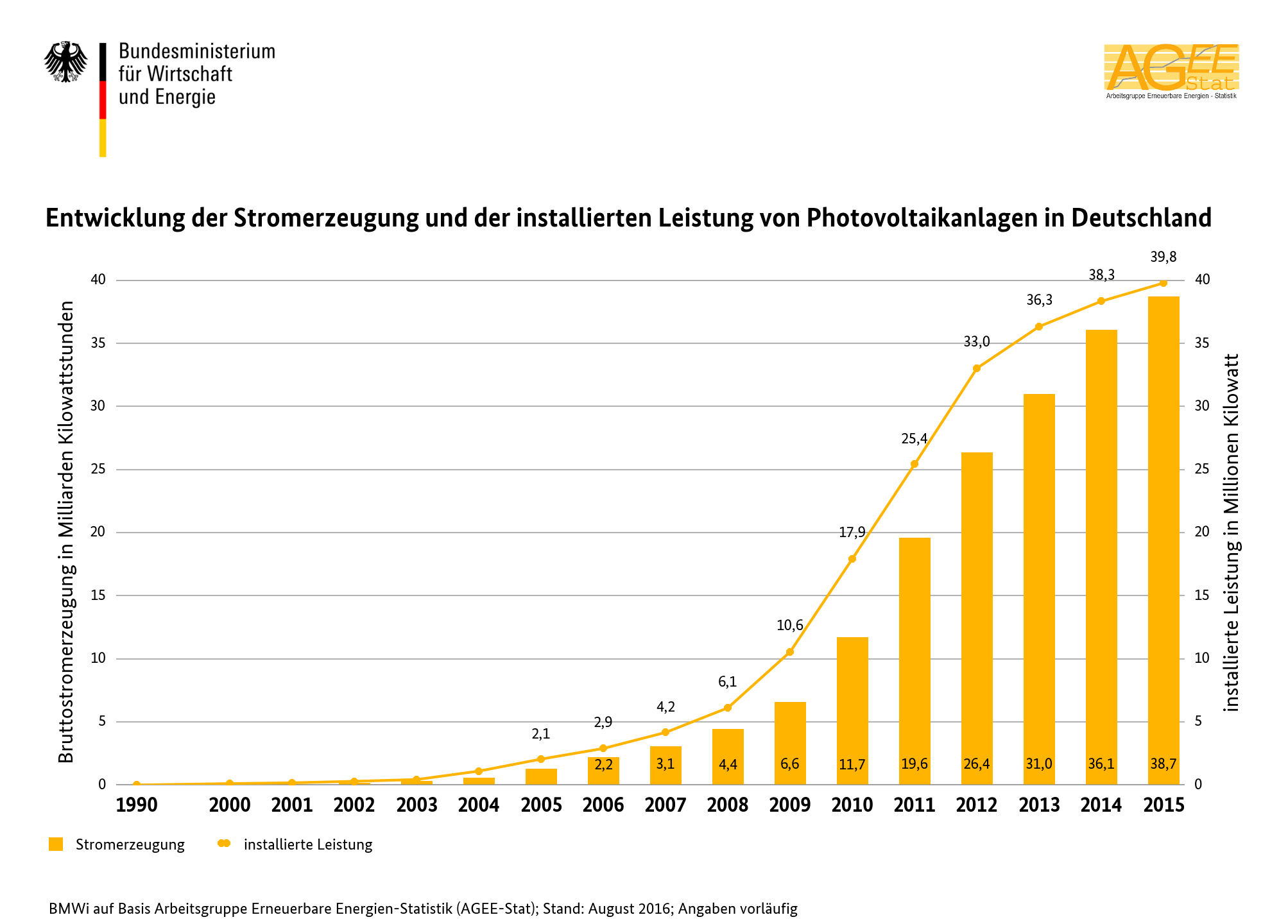 Figure 2: Installed generation of power (bars) and energy (line) from photovoltaics in Germany over time [7]

To fully embrace the mission to “accelerate the world’s transition to sustainable energy”, Tesla announced the acquisition of SolarCity in August of 2016[8]. SolarCity is a company that produces, finances and installs solar photovoltaic systems. The rationale for this acquisition is explained by Tesla as following:

I believe that Tesla could be more active in lobbying to encourage policy makers to work on more initiatives to foster the adoption of alternative energy. While the efficiency of solar panels has increased while the costs have decreased, the economics still do not support adoption compared to traditional sources of energy. For this reason, the government should further incentivise adoption to help companies such as Tesla/SolarCity grow. This scale will allow them to reduce costs and organically foster adoption of their technologies in everyone’s houses.

‘Mother of All Risks’: Climate Change and the U.S. Armed Forces

Student comments on Tesla: Accelerating the Transition to Sustainable Energy