On the back of each Apple device, embossed into the pristinely machined surface are the words: “Designed by Apple in California. Assembled in China”. These two deceptively simple sentences shroud the fact that Apple operates one of the most complex supply chains in the world. Today, sporting a market capitalization of nearly $1 trillion[1], the biggest threat Apple faces is arguably not competition from Samsung or Google, but instead is the potent force of isolationism that has emerged both domestically and abroad.

During the 2016 Presidential campaign, Apple became the public whipping boy for globalization. Then-candidate Trump declared, “We’re going to get Apple to start building their damn computers and things in this country instead of other countries”[2]. Trump has a point. The seamlessly assembled iPhone is in reality the amalgamation of components from over 750 suppliers originating from more than 10 countries[3]. The core components that constitute an iPhone are manufactured abroad – displays and batteries from South Korea (ironically, both from Samsung), processors from South Korea (Samsung) and Taiwan (TSMC), cameras from Japan (Sony), all assembled in China (Foxconn)[4]. According to a list of suppliers published by Apple, only 11% Apple’s suppliers were based in the US, while 88% were in Asia[5]. Furthermore, while Apple directly employed approximately 80,000 US employees, a New York Times report estimated that over 700,000 people worked for Apple indirectly in its outsourced Asian supply chain[6]. The behemoth that is Apple’s supply chain rests firmly upon the bedrock of globalization – and isolationist trade policies threaten to unravel it all. 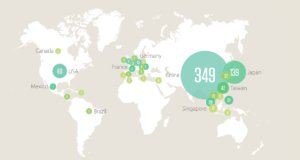 Planting a Seed for the Future

Following the election of Trump, Apple CEO Tim Cook took steps to address criticisms directed towards his company. As an immediate step, Apple created a “Job Creation” website that highlighted its job creation track-record[7]. Apple claimed that it has created upwards of 2 million domestic jobs through a combination of Apple direct employees, workers employed by US suppliers, as well as jobs attributable to the “App Store” ecosystem[8]. During the same month, Apple announced that it had established a $1 billion fund that will be invested in US companies that promote advanced manufacturing jobs in the U.S[9]. While $1 billion represents a relatively de minimis commitment by Apple (Apple has $250 billion+ of cash)[10], Apple’s commitment nonetheless represents a tacit acknowledgement that corporations do indeed have a social obligation to weigh actions that maximize profits for shareholders against the potential social impacts those decisions may have. 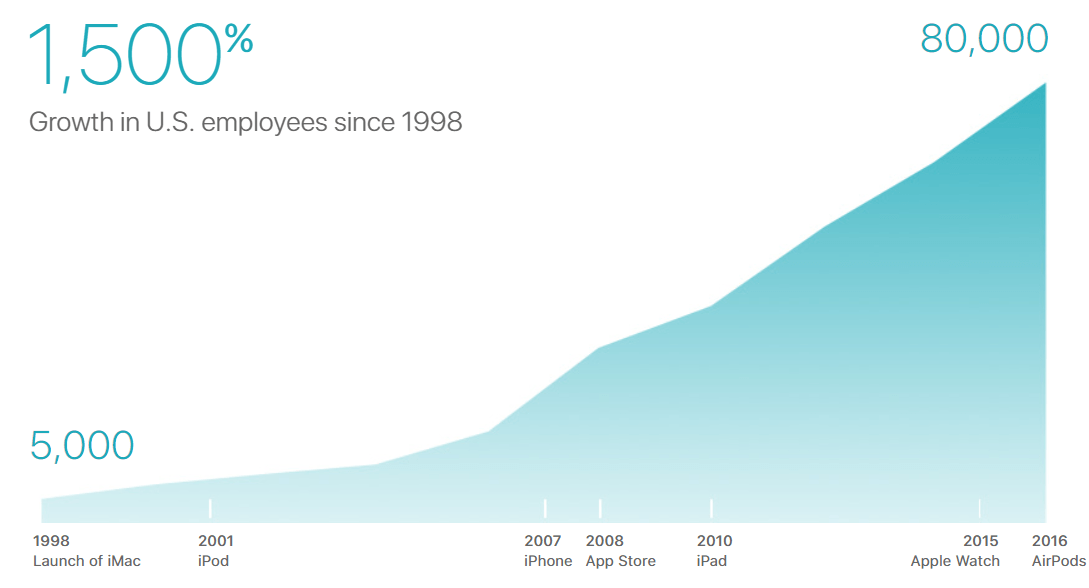 In addition to short-term initiatives, Apple’s management team has also taken steps towards exploring long-term solutions to hedge against potential isolationist policies. In late 2016, Apple reportedly asked two of its largest suppliers, Foxconn and Pegatron, to investigate the possibility of moving iPhone manufacturing and assembly operations to the US[11]. While the ultimate outcome of the feasibility study remains unknown, in July 2017 Foxconn unveiled plans to build a $10 billion LCD display manufacturing facility in Wisconsin that is expected to employ up to 13,000 workers[12]. While these LCD displays are not intended for Apple, Foxconn’s announcement may nonetheless temper the political pressure on Apple, which happens to be Foxconn’s largest customer.

In 2012, Steve Jobs proclaimed that iPhones could never be manufactured in the US – not only because production costs are higher, but also because Apple executives believed that there is a lack of sufficient skilled labor in the US[13]. According to a 2017 World Economic Forum report, nearly one-third of jobs in 2020 will require skills that are not commonly taught today, leading to a widening of the “skills gap”[14]. As the most valuable company in the world, Apple has both the social responsibility and long-term incentives to help bridge that skill gap through investing in education and vocational training. For instance, Apple can help ensure that children today have access to computers and coding curriculums. Apple is in the unique position of being able to harness its vast resources to ensure that consumers can enjoy the benefits of globalization without leaving behind those who are ill-equipped to adapt to the changing technological landscape.

Too little, too late?

The past two decades been among the most rapid periods of economic growth that have ever taken place, driven by the dual engines of globalization and the digital revolution. During that period, globalization has been unquestioningly embraced as corporations outsourced jobs and maximized profits. But at what, and more importantly, whose expense? Is globalization Pandora’s Box? Can the forces that it has unleashed – both good and bad – ever be controlled? And how should corporations like Apple balance the competing objectives of maximizing shareholder profits against fulfilling their social obligations? Chances are, even Siri will struggle to find the right answers.

Student comments on Taking a Bite out of Apple: Fighting the Tides of Isolationism