Why haven’t we witnessed an alien encounter?

Space X CEO Elon Musk ascribes to the theory its because before any aliens out there can develop interstellar travel technology, mass extinction events (asteroid strikes, biological epidemics, black holes, possible nuclear wars in humanity’s case etc…) occur that wipe out evolving species. That’s the premise behind Space X’s start and their CEO’s belief that to preserve the light of human consciousness, our species must become multi-planetary. But to become multi-planetary, Musk argues the economics of space travel must be sound, and for the economics of space travel to work, the cost of launching things (to include humans) into space must become inexpensive, an order of magnitude cheaper than it what it currently costs. 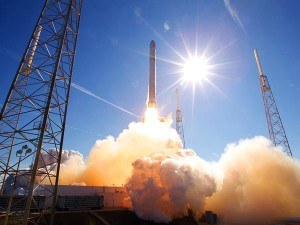 The business model of SpaceX is simple. Space X creates and captures value by charging customers to launch things into outer space. They are able to capture more customers by driving down launch costs. There is a lot of opportunity in space but it is costly to put something out there and only the largest telecommunications companies and government agencies can pay to launch satellites, experiments, or people into space. In 2010 NASA was paying roughly $380 million per launch. Currently, when you watch a rocket launch something into space, that rocket is disposed of and can’t be used again. Musk often relates it to the idea of having to throw away a 747 airplane after every trip. If this was the case, a one way ticket from Boston to Shanghai on a 747 would cost $500,000. No one would pay, and no one would travel via airplanes. Space X advertises a roughly $60 million launch price, but believes it can cut that price by an order of magnitude if it can develop reusable rockets. How were they able to cut launch costs and why do they think can cut the price even more? Their operating model enables these cost cuts and is founded on the ideas of first principles. 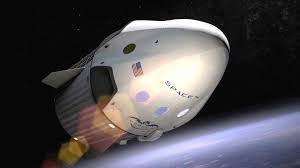 The definition of first principles, (as defined by Google), “is a basic, foundational proposition or assumption that cannot be deduced from any other proposition or assumption.” When applied to engineering and rocket manufacturing, it forced Musk to ask, what is the commodity price of the raw materials required to build a rocket? And what he discovered was that the price of raw materials to include rocket fuel was ~2% of the average rocket cost. Musk and the Space X engineering team use first principles thinking to solve problems. They don’t look at what the competition is doing, they boil problems down to their simplest elements and build solutions from there. First principles logic is what has led to Space X conducting all manufacturing in house, 3D printing many elements of their rockets, and has allowed them to win significant launch contracts from entrenched competition. First principles allows them to drive costs down which is in line with their business model. In turn, their business model forces them to use first principles thinking which improves performance. The alignment between their operating and business model is allowing them to lower costs when compared to any of their competitors and disrupt a slow moving space industry.

Ryanair: A TOM winner from Europe.