Palantir is the hottest “Unicorn” start-up that you’ve never heard of. While companies like Uber, Airbnb and Snapchat get most of the media exposure for hitting astronomical valuations, Palantir has remained quietly in the background despite being valued at over $20 billion.

It’s not surprising they’re not as well known – unlike the aforementioned companies that are geared toward consumers, Palantir is a B2B enterprise software company that offers a data analytics platform to a unique set of customers. Government clients include the CIA, NSA, US Army, and the Center For Disease Control. They have also been able to grow their revenue streams away from government contracts and have diversified into industries such as healthcare, finance, and legal research.

Their platform acts as an overarching hood over all the data sources a company manages, and allows their analysts to better synthesize and connect disparate sets of data to conduct rich analysis at breakneck speeds that would otherwise not be possible. Refer to this video as an example of what a Palantir deployment might look like for a healthcare client:

Palantir prices its product by charging the client a large multi-million or even billion dollar deployment contract which includes onsite implementation teams, training services, maintenance, and a number of server cores. Since every client has a completely unique set of data sources, Palantir deployments are incredibly high touch and require a high level of customization.

The reason Palantir is able to charge such high prices in their contracts is that their services are an incredibly high value add for their customers. Additionally, Palantir’s prices are actually relatively cheaper than similarly priced tech solutions such as Bloomberg terminals or SAP. In a typical general example, a Palantir deployment over 3 years for comes out to $11,000 per user (3), which is less than the $24,000 price for a Bloomberg Terminal (5). Considering that the yearly salary of a typical analyst ranges from $40,000-$90,000, the per user cost over 3 years is a relatively small cost, especially if Palantir can enable those users to be more effective by an order of magnitude.

Palantir’s high touch installation also serve to help build long term momentum since it’s hard to remove a deployment once it has become the new standard for the client and years have been spent building it. This stickiness has allowed Palantir to quickly grow to half a billion dollars of revenue in such a short period of time, with no signs of slowing down (2). 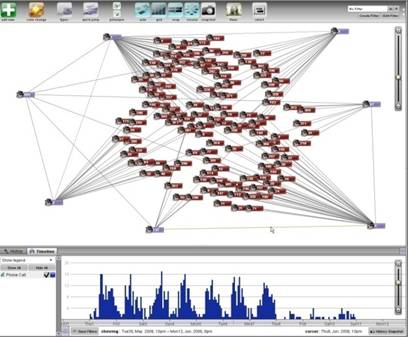 What’s especially confusing about Palantir is that it doesn’t make it entirely clear whether it’s a product or services company. In addition to charging for usage of their actual software product, upon installation they also offer large contract bundles of engineering, deployment, and training services, all of which they charge a premium for.

I’d like to take the position that the real differentiating feature of Palantir is the service component, and the ability of its operating model to execute engineering talent arbitrage (7).

Most of Palantir’s clients include large bloated government agencies or companies from old traditional industries seen to be behind the times (healthcare, insurance, etc). Compared to companies like Google, Apple, Facebook, Amazon or the latest startups funded by Sequoia Capital or A16Z which are all desperate for engineering talent, the last place a top software engineer wants to work is in an old government building.

But paradoxically these more traditional companies have huge amounts of value waiting to be unlocked, with large data repositories that have yet to be bought into the 21st century and fully utilized by engineering talent capable of doing so. Palantir’s operating model, specifically with regard to the way it manages its labor capital, brilliantly takes advantage of this arbitrage opportunity.

Palantir takes advantage of this arbitrage opportunity by creating a top tier employer tech brand in Silicon Valley that attracts the best talent. One of the ways they do this is that they have an incredibly difficult interview process. By ensuring they are perceived to only “select the best”, Palantir is able to build an elite brand that attracts talented engineers. Once they attract top engineering talent, Palantir is able retain them by modeling its perks after Google while also offering some of the best market compensation (6). They also are able to sell to their employees the idea that at Palantir they are making a real difference by working on “problems that matter” such as cyber security threats, terrorism and credit card theft (1). This instills a sense of mission and purpose that many tech companies lack – hard to truly feel like your making the world a better place by optimizing ads on the Facebook Newsfeed.

Once Palantir has built their employee base, they can charge their clients a premium for the engineering talent they are desperate for. This is not to downplay their technology stack – but given how much customization it requires and that Palantir’s business model sells its product not by software packages but in the form of large deployment contracts per its business model, the way Palantir’s operating model attracts, invests in and manages its labor capital is one of the primary reasons for its current success! 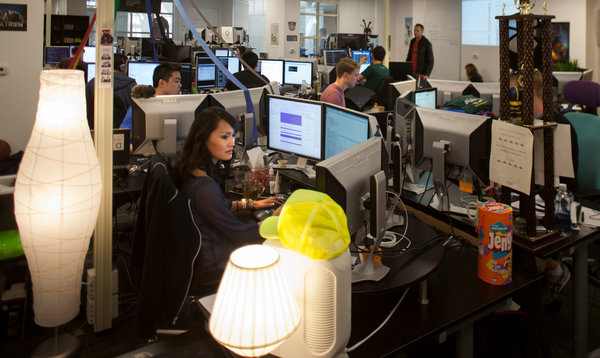 23andMe: Evolution of a genomics company

The IKEA Concept: More than just a good meatball