Since the early 80’s, Nintendo has largely dominated the video game industry through innovative hardware breakthroughs and long-standing successful franchises such as Mario and Zelda. But after losing ground in the console wars to competitors Microsoft and Sony, Nintendo has had to look to a new frontier that may permanently alter its decades old business model – augmented reality and mobile gaming. 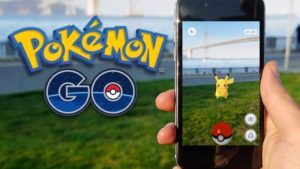 Playstation 4 and Xbox One want to battle! Go! Wii U!

The most recent battle in the video game console war pitted Nintendo’s Wii U against Sony’s Playstation 4 and Microsoft’s Xbox One. While Nintendo had traditionally beaten its primary competitors in the past with innovative consoles such as the Wii, this next generation of hardware had a different outcome. The Wii U was poorly received by critics and fans, with Microsoft and Sony selling nearly two and four times as many Xbox One and Playstation 4 consoles respectively [1]. The Wii U is on the path of being discontinued, going down as the worst selling console in Nintendo history [2].

The Wii U’s miss had massive ramifications on the company’s financial performance, with profits falling over 60% year over year [3]. As Nintendo regrouped from the losses, they also looked forward to the next generation of hardware, unveiling a prototype for its next project called Switch. However, this too was met with investor skepticism, resulting in another 6% drop in share price [4]. With its traditional hardware business falling further behind to the competition, Nintendo had to make significant changes to regain relevance in the evolving industry.

When Google restructured in late 2015, its mobile game development division spun off to become an independent entity called Niantic [5]. With a focus on innovation in augmented reality technology (AR), Niantic created its first game “Ingress,” integrating video gaming with the real world through GPS and a mobile phone [5].

Through this success Nintendo saw an opportunity to capitalize on both a mobile platform and AR technology, investing in Niantic to collaborate on a new game with one of its key joint venture franchises, Pokemon [6]. The companies began working on an AR game titled “Pokemon Go” that would allow users to interact with virtual Pokemon via their phones, bringing the hunt for catching the franchise’s famous creatures into parks, restaurants and other everyday settings.

As the game prepared for launch in July 2016, questions remained on whether Nintendo could capitalize on such a drastic deviation from its traditional hardware business model. AR was largely unproven in the market, and this was Nintendo’s first venture into mobile gaming. How successful could it be?

It turns out, pretty damn successful. As Pokemon Go was free to download and play, it quickly shot up to the top of the App Store with over 500 million downloads by the end of the month [7]. The game received additional publicity and attention from numerous media reports, from general coverage of the game-turned-phenomenon to incidents of unintended accidents and injuries while playing the game [8].

Pokemon Go was also massively successful financially. The game was structured in a “freemium” model, in which it was free to download and play but offered in-app purchases for additional in-game items. Within just a few weeks of the game’s launch, nearly $260 million in-app purchases had been made using this freemium model [9]. Although Nintendo did not reap the entirety of these sales, as it was Niantic that directly distributed the game, the company did benefit greatly from the success of its joint venture.

In just three months, Nintendo recorded a nearly $100 million profit through its partnerships – equaling 75% of the previous year’s net income [10]. Furthermore, the popularity of Pokemon Go impacted Nintendo’s traditional businesses as well, with improved sales of both regular hardware as well as a 30-50% increase in sales of Pokemon related products including games and trading cards [11]. A quick glance at Nintendo’s share price after game release in July shows the magnitude of impact Pokemon Go has made to the company:

I wanna be the very best…

After the unprecedented success of Pokemon Go, Nintendo has begun to shift its focus towards the new opportunities in the ever-changing video game landscape. The company announced the upcoming release of another mobile game based on its most iconic franchise, Mario, in mid-December 2016 – an announcement that led to an additional stock increase of nearly 20% [12]. As technology continues to advance, Nintendo has shown it has the flexibility needed to adapt to this new market. And as its business model continues to evolve, beyond hardware and into mobile gaming and even further into unchartered territory such as virtual and augmented reality, the future looks bright for this iconic video game company.

Automatic Pro: Unleash the Data from Within

Saving Sears: How the Future of Sears is Dependent on Adapting to the Digital Transformation Era