Traditionally, nearly all romantic partners met through mutual connections or by physically and coincidentally crossing paths[1]. Although this “worked” for decades, online dating revolutionized the process. Suddenly, singles can effortlessly connect with several suitors in mere minutes without even leaving home. In fact, more than 1/3 of U.S. couples who married between 2005 and 2012 met online[1]. 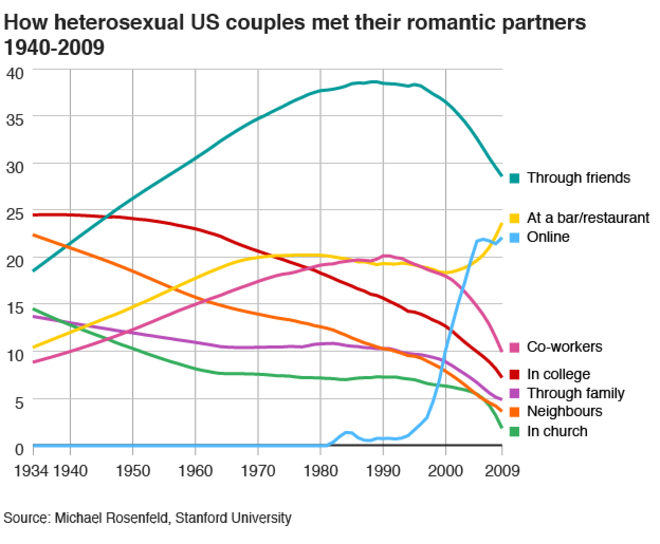 Let’s be honest: it takes considerable time, effort, and serendipity to meet new people. Historically, singletons had no way to discover the interests and personalities of potential partners before spending significant time together. The fears of rejection, embarrassment, or awkwardness created additional barriers to finding love. In response, dating websites and mobile applications have attempted to mitigate these everyday problems.

The business model hinges on the idea of “matching markets,” a principle that Nobel prize winner Alvin Roth spent his career studying. Dating sites converge supply and demand, and transactions occur based on information sharing and reciprocated enthusiasm[3]. Match’s capital-light operations utilize both the Internet and smartphone-enabled software to connect singles to one another via formulaically-calculated compatibility and subsequently provide a means of communication between the two parties via online messaging platforms[4]. Match provides value to consumers through:

More Options: Match’s software provides visibility to a much larger pool of potential partners than consumers would otherwise encounter. Maintaining a wide user base (a “thick market”) is critical for success in the match-based model[5]. At its IPO in November 2015, Match boasted 59 million monthly active users[6].

Efficiency: The company’s platforms allow users to more efficiently spend time searching for love. By quickly filtering through large amounts of data (i.e. interests, geographies, and backgrounds), consumers can limit connections to those who share their romantic preferences, reducing both up-front time invested and outcome variability[7].

Comfort: Online dating generally reduces the emotional cost of rejection because the platform only reveals the user’s interest when the feeling is mutual[3], which makes “wooing” strangers not only risk-free, but actually expected.

If we measure value to the user in happiness, Match has been fulfilling its customer promise. Success stories in the form of engagements and weddings are becoming increasingly prevalent as the applications gain popularity[9].

Beyond advertising revenues, Match captures value by converting free users to paid services as consumers perceive the app can provide real potential for finding love, recognizing a 31% increase in paid users year-on-year as of November 2016[10]. The 2016 Sixth Annual Singles in America study further suggests that online dating increases the chances of going on a first and second date by 150%[11]. 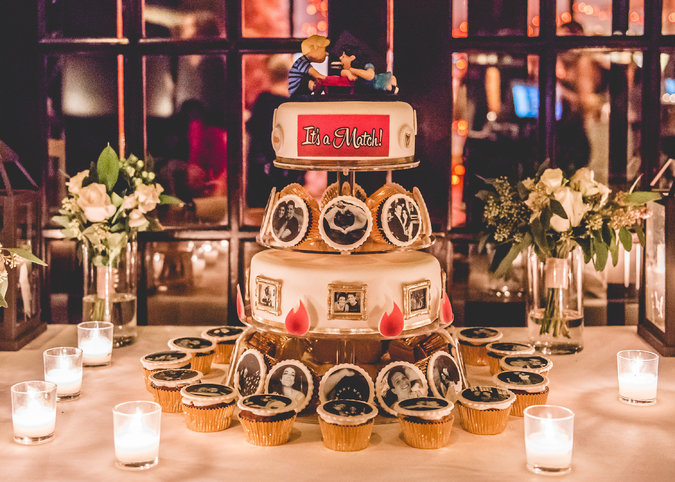 So Why Hasn’t Everyone Found Love?

Some critics of online dating suggest the matchmaking approach is a market failure[12]. Users limit matches based on standard characteristics that they believe they desire; however, these qualities cannot capture “chemistry,” a critical factor in finding Mr. Right[12]. Moreover, people may not actually know what they are looking for in a partner, even if they think they do[1]. Consequently, Match’s vast collection of user data may be better equipped than its consumer in identifying true compatibility. The company could therefore provide two sets of matches: one specified by the user (status quo), and another created by data-driven algorithms based on that user’s behaviors and preferences.

Additionally, given that these platforms’ effectiveness hinges on the provider’s ability to properly match supply and demand, subscriber quality and quantity is crucial. It would be quite a pity if Cinderella was on Tinder, and you were using OkCupid. Match may want to consider aggregating users across its platforms through a universal application to grow the pool of potential mates.

Finally, studies show that people tend to ask safe, high-level questions on first dates that don’t lead to any substantive discovery about one another, much less whether or not he or she may be viable for partnership[13]. To combat this, Match may best serve its users by suggesting “deep” questions to discuss, in hopes of limiting wasted time.

However, people tend to eschew dates they feel “aren’t their type,” and there may be self-selection value in the platforms people use. Would these changes allow more people to find love, or just magnify the number of profiles to sift through while simultaneously diluting the current platforms?

Fujifilm: Surviving the digital revolution in photography through diversification into cosmetics

Student comments on e-Finding Your Valentine