In January of this year 2019 two clinics have merged :Bergman clinics and NL-healthcare Clinics:  relatively large chains of focusclinics with overlapping specialties.

The specialties that are exercised are orthopedics, ophthalmology, plastic surgery and dermatology. I am responsible for the medical policy within the new merged department of dermatology.

I once worked in a hospital in which each specialist was directly responsible for his own income: the more production, the more income. The group with whom we merge is a small group of dermatologists that had stipulated a percentage of production as their salary,  but they are willing to change this into a fixed salary which is probably lower but gives the certainty of a guaranteed income. When I was nominated as medical director at NL-healthcare (and so before there was this merger) I was used to a salary-system in which doctors were paid for their performance and production. A for the company very productive system  but it sometimes lead to quarrels between the doctors accusing each other for having more ‘easy’ patients with treatments that were more lucrative ( surgery treatments pay a lot more than allergy-patients for example) or ‘overbooking’ the amount of patients in their office-hours. Some doctors chose treatments more expensive than necessary because of their lucrative character: shall I excise this basal-cell carcinoma or will I suggest photodynamic therapy  ($500 versus $1500)?, et cetera. To eliminate this so-called perverse incentives the complete staff agreed that everyone was transferred to fixed-paid employment. A good salary in return for normal  amounts of patientcontats and likeable working hours.

Unfortunately I noticed that since then the motivation to carry out some extra work is no longer attractive: previously a dermatologist had a financial benefit to give service to a patient: for example when there is a necessity to remove a suspicious mole: shall I do it in the after hours after work or do I make an appointment later this month during my regular working-hours?  Consultation times are more often shifted to double the normal time because they suddenly are ‘complicated’ cases and so waiting times for a first consultation for a new patient rise. Procedure-times are stretched because then you can do you a part of your paperwork which normally was scheduled in doctors ‘own’ time. 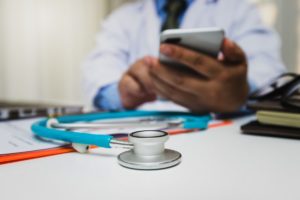 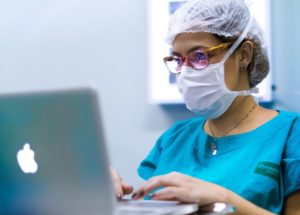 The IT transformation healthcare needs

Now we are in the middle of the salary-negotiations and we have to choose for a new model. I have great doubts about both systems and I am looking for some sort of balance between these systems.

Is there a middle ground? What would be a good system in which the motivation and pleasure of work for doctors remains high, there is no 9-5 culture and there remains an incentive to provide extra service to the patient?

My struggles with improving quality and clinical outcomes in Interventional Cardiology Department in a large tertiary care hospital!

Participant comments on How to keep doctors motivated in a changing salary-culture?