The League is a digital dating platform that connects users looking to meet other people similar to themselves.

It began by having its founder Amanda Bradford reach out to many of her friends from business school and ask them to create profiles for the new platform. The pitch of the platform would be that it was for people with similar educational and professional backgrounds and would allow them to connect in a more targeted way versus an application like Tinder in which people suffered from “swiping fatigue” and it was more difficult to find like-minded people to date. The matching algorithm would present up to three profiles from which to choose each day, and if there was mutual interest, the platform would allow them to connect and begin chatting.

As The League has tried to scale, it has faced challenges in extracting value from its customers. It operates a freemium business model, as it allows users to access the platform (once approved) but then offers a premium experience with more profile matches and other benefits for those willing to pay $200 per year. Therefore, to grow revenues The League has to find more users who want to use the service, and then The League needs to convert them from free users to paid. It has to do this while all the while maintaining its brand image of being an exclusive platform on which to meet people.

In addition to some forms of traditional advertising (like billboards and posters on bus stations when it launched in San Francisco), The League has relied on local networks effects to expand its user base. The more they can acquire users and convince them that they are the best platform to find potential mates with similar educational and professional backgrounds, the more others will want to become part of this community. The greater number of high quality users, the more new users will be willing to pay for the service.

Global network effects are limited, however. Because its users look for dates locally, the presence of The League in a new city creates very few benefits for its existing user base. The League has expanded to 30 other cities in the United States and in Europe, yet there is a question of when they will have hit most major cities and, after that, how they will continue to grow.

Furthermore, multi-homing does continue to occur. Though it brands itself as “Tinder for Elites,” many of its users continue to use Tinder as well as other dating applications. There are no switching costs between going back and forth between these platforms. The League therefore continues to work on convincing its users that its service is worth paying for. 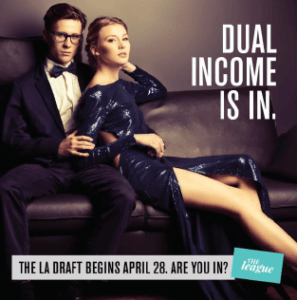 Going forward The League must figure out a way to grow its user base, convert more of those users into paying customers, and do so all the while maintaining its brand equity as an exclusive place for like-minded people to find potential mates. As it expands it risks becoming too similar to apps it tries to differentiate itself from, like Tinder. This would also allow a new platform to come in and do the job that The League initially started trying to do. Unless it is able to resolve that tension, I would be pessimistic about its future longevity.

Can OpenTable survive, or is it losing popularity?

Twitch: the ESPN of Esports

Student comments on The League: Challenges of Scaling an Exclusive App