“The light shall bring victory!” yells Anduin Wrynn and gets a prompt threatening response from Jaina Proudmore: “You asked for it!” And so the Hearthstone game begins, each player attacking each other through minions and spells. While the players enjoy a short, 5-10min game, Hearthstone constantly builds its platform network, contributing to the massive player base of its creator, Blizzard Entertainment.

Hearthstone, is a free-to-play online card game released by Blizzard Entertainment in 2014. The game is turn-based between two players, where each player selects a hero with a unique power and constructs a deck of 30 cards. Players use ‘mana’ points to attack each other, by casting spells and summoning minions. [1] 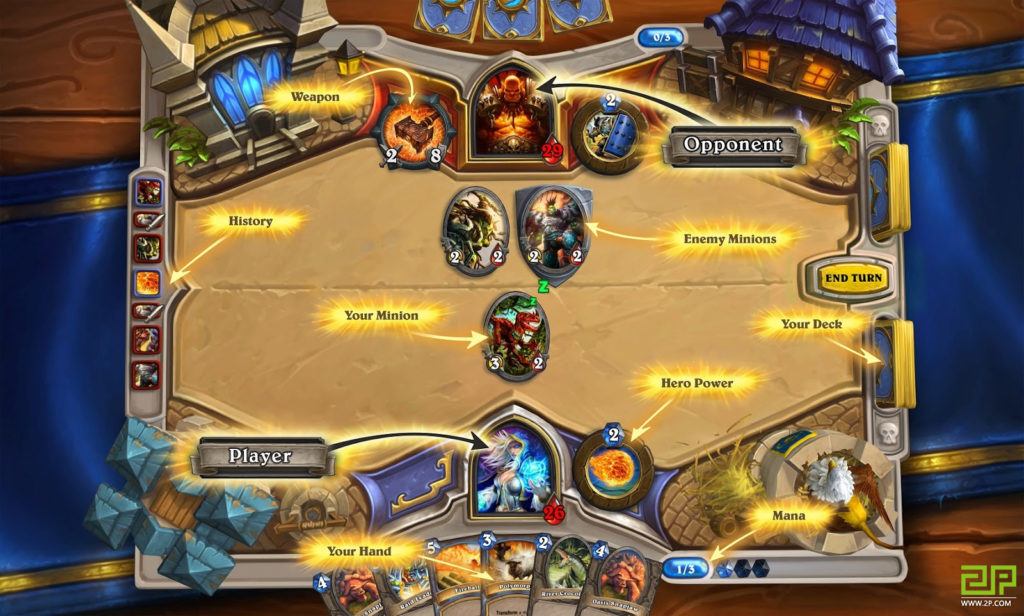 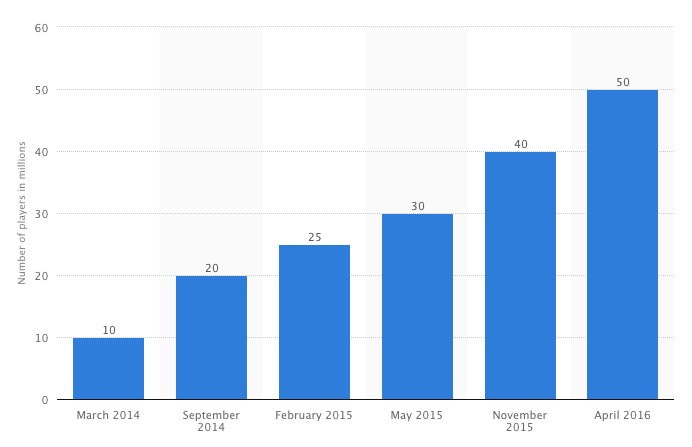 Hearthstone concepts build upon the already existing popularity of Blizzard’s blockbuster games like the Warcraft series using similar characters and relics. In the digital age, while the gaming market is growing fast with gamers generating $99.6 billion in revenues in 2016, intense competition is making harder for new games to turn into blockbusters. Yet, Hearthstone showed tremendous growth within a few years after its launch reaching over 50 million players. [2] Hearthstone’s success is a testament to Blizzard’s ability to leverage platform business and agility in adapting to the evolving trends in gaming.

Recently celebrating its 25th year, Blizzard Entertainment has shown stable growth that very few gaming companies were able to enjoy given the intense trend of multihoming and competition in the industry, especially in mobile gaming. [2] Developing a loyal user base has been challenging for gaming companies, yet with games like Warcraft, Diablo, StarCraft and Hearthstone, Blizzard has generated “rabid” fans who would completely immerse themselves in the virtual worlds of these blockbuster games for months. Blizzard’s initial blockbuster game success can be attributed mainly to the company’s relentless focus on quality and releasing new content frequently. Hearthstone, on the other hand is a case for the company’s ability to adapt to digital platform competition. While older titles like World of Warcraft have generated revenue through paid subscription models, Hearthstone embraces a free-to-play business model and is perfectly suited for the rapid increase in mobile gaming market that is estimated to cover almost half of the entire gaming market by 2019. [3] 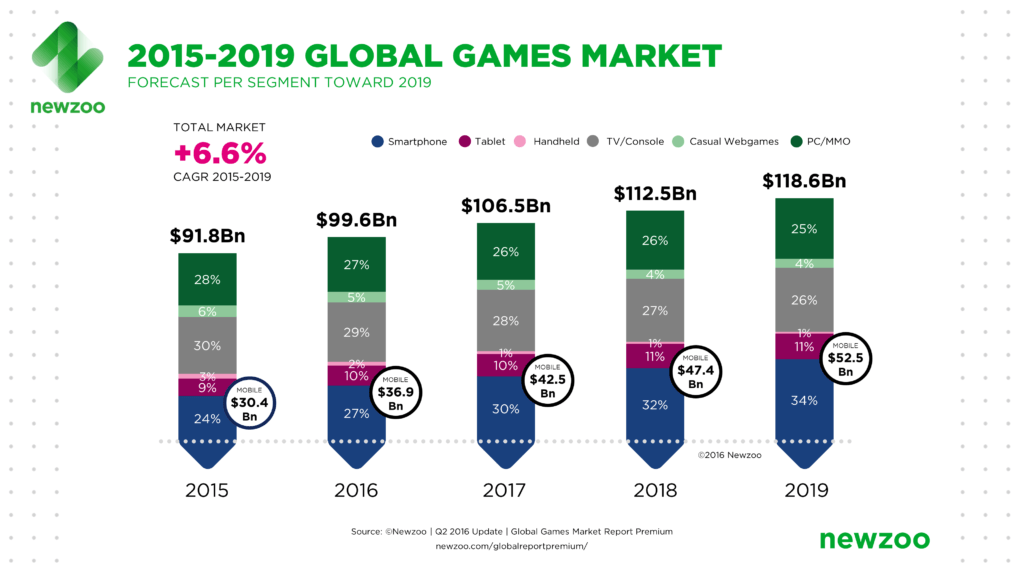 Blizzard has transitioned from being a product-centered company to a platform-centered one early in its history. While the company growth in the 1990s was fueled with console sales, as early as 1996, Blizzard established its online gaming platform, Battle.net. This was the first platform that was integrated in the games as opposed to external interfaces used by other companies. [5] Battle.net platform brings together millions of players and allows them to communicate with each other as well as playing Blizzard games, which helped strengthen brand loyalty among Blizzard customers. By 2009 Battle.net built a one-stop shop experience for gamers providing virtual stores, in-game purchasing and upgrades for the games it hosts. All players have to register for a Battle.net account to be able to play Blizzard games, including Hearthstone. Both the simplicity of registration process and the unified gaming experience provided by the platform helped increase Blizzard’s player base to over 500 million, making the company the largest game network in the world. [6,7]

Hearthstone as a platform

By some estimates, Hearthstone makes $20 million per month. [8] Cards are the main driver of revenue for Hearthstone. While players sign up for free and build their decks for free, the game offers card packs for money. Through these ‘micro-transactions’, Hearthstone enables users to upgrade their hero powers and buy new cards. 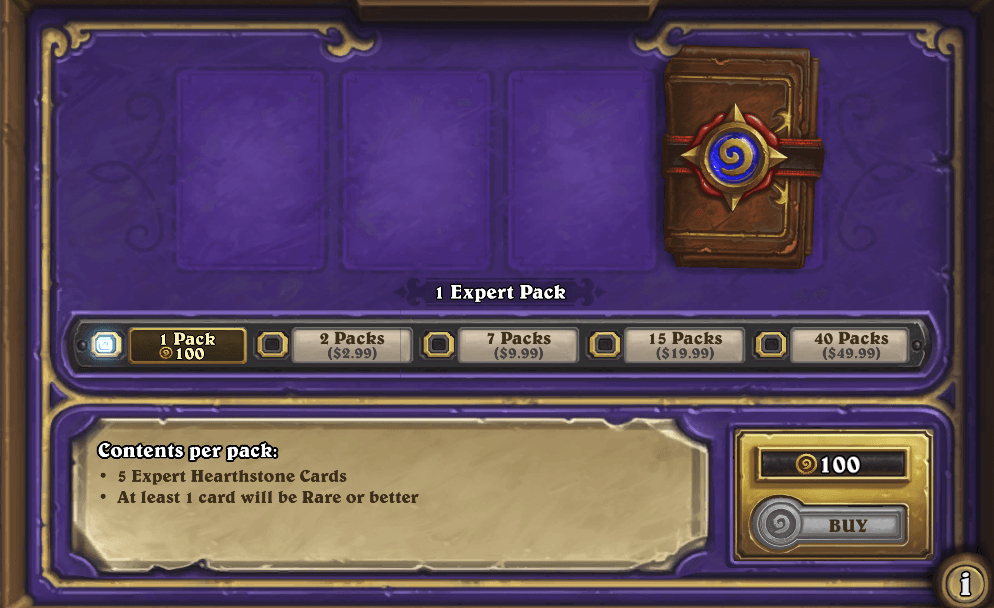 While the value capture strategy is relatively straightforward, Hearthstone has an elaborate list of playing modes that attracts a loyal customer base and create value for its players. Besides several different match formats, the game offers 2 modes of play; Casual and Ranked, which attracts players of varying skills. Starting the game is easy, which rapidly builds the network and allows Hearthstone to reduce the time it takes to assign players to a match. Yet mastering the game in Ranked modes requires significant skill and commitment which drives the revenue generation for the company.

The platform business model of Hearthstone is best observed in its website, which is hosted on the Battle.net platform. The site offers game guide and card sets as well as building a close-knit player community. Through live championship viewing events to offline ‘Fireside Gatherings’, Hearthstone extends customer lifetime by leveraging online to offline (O2O) transitions. [9] Instead of generating revenue through a subscription-based model, Hearthstone has successfully built a platform business model, attracting players to a free platform and extracting revenue by building player loyalty.

Going forward, the primary challenge that Hearthstone and Blizzard faces is scaling up the customer base. So far the company has dealt with competition by frequently releasing upgrades and extensions to its games, however, particularly in free-to-play games sustaining the momentum of player increase has paramount importance. The offline transitions to strengthen the community may become the key differentiation driver for Hearthstone.