Perceived as the next mobile platform, VR becomes a must-have investment of most technology companies. Google’s first move in the VR space was to introduce ‘do-it-yourself virtual reality kit made of cardboard’ right after Facebook acquired Oculus in 2014[1]. In May 2016, Google announced its smartphone-based VR platform, Daydream, and hence declared its role in the space as a platform. 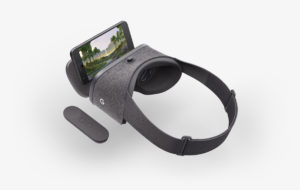 Daydream creates value by connecting Android phone users with VR content creators. On the consumer side, Google had already convinced major Android phone companies to produce Daydream-ready phones[2]. Consumers do not need to take extra effort but simply just use it. Google can leverage its existing user base to draw traffic to its platform.  Unlike Facebook, Daydream does not emphasis the social component of the platform. The network effect is largely indirect, i.e. as user base grows, more content creators come to the platform, and hence even more users. 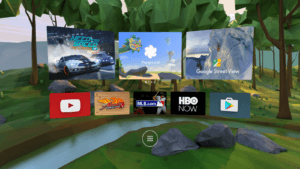 To assist content creators, Google has build developer tools for programers and allow them to develop apps, games, or animations for Daydream[3]. In addition, it has persuaded HBO, NBA, and Ubisoft to create Daydream VR
contents[4]. Furthermore, in the spirit of YouTube,  Google has also invested Jump, a camera that films VR content, to allow arts to crea
te VR contents. Daydream videos can also be seen on YouTube[5], as a way to draw more interest from the masses.

In terms of value capture, Google can operate the platform for free and capture value through advertisement. It can also charge content providers for royalty fees when it has created a critical mass, as Apple.

Moving forward, Daydream needs to grow its VR user base to achieve network effect, and it will also face multi-homing problem of both users and content creators. However, Google’s current challenge is not to build a platform but to convince the masses adopting a new technology.

When will the masses adopt a new technology?

When a new technology emerges, we usually look back and try to find an example in the past that helps understand how this technology will be adopted. Thus, let us first find a technology that is comparable to VR.

VR is an upgrade of storytelling: it can convince users that they are physically in another space and choose their own angel to perceive how stories are developed. The previous upgrade of storytelling was fueled by television, allowing people to see stories instead of just listening to them and imagining. Television achieved mass adoption when it passed ‘certain availability and affordability threshold’. Notice that, at that time, only few companies could afford to provide TV contents 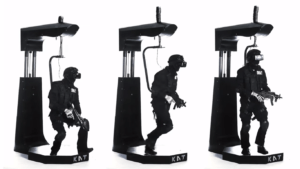 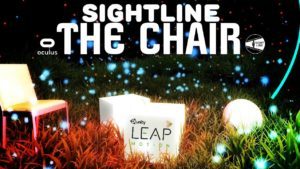 Unlike television which was a leap from audio to video, VR essentially is still video but a leap of experience to truly immersive. Current VR experience available on Daydream is essentially watching videos with 360 views. It is almost like a TV program that reads book to its audience, and hence not impressive enough to persuade consumers to watching videos on it onward. Some content providers have already created magnificent VR experience, such as Sightline: The Chair, with bulky VR devices[7]. However, these VR devices are expansive, and it is costly to develop a high quality VR experience. Therefore, I believe to VR is still at an early stage that is before mass adoption.

Google took a shortcut by providing an affordable and lite version of VR with an intent to reach the masses and achieve network effect first. However, affordability is not the only barrier for mass adoption. As discussed above, the experience offered by Daydream is not an upgrade of storytelling and hence not attractive enough for adoption. In fact, the sales of Google headset is not optimal,  and Google has to cut its price[8]. Instead of relying other developers to create eye-catching contents and achieve adoption and stickiness, Google should invest heavily in developing killing contents and create a VR experience that cannot been fulfilled currently by laptop. Once the masses consider VR a complete upgrade of their current experience and can afford relevant VR devices, they will adopt VR as television. Fortunately, Google has already hired filmmakers to develop new narratives for virtual reality[9]. If it can provide a truly immersive VR experience with smartphones and its VR headsets, Google has the advantage to lever its user base to grow the Daydream platform.

[3] Google Opens up its Daydream VR platform to all developers: https://techcrunch.com/2017/01/25/google-opens-up-its-daydream-vr-platform-to-all-developers/

[6] The Trajectory of Television — Starting with a big history of the small screen: https://arstechnica.com/gadgets/2013/06/the-future-of-tv-a-star-is-born/2/

[8] Google’s virtual reality ambitions appear to be off to a slow start: http://www.businessinsider.com/google-slashes-price-daydream-virtual-reality-headset-2017-1

[9] Imagining the Future of VR at Google: https://www.technologyreview.com/s/603468/imagining-the-future-of-vr-at-google

Student comments on Google: too early to play the platform card