Facebook entered the early stage of virtual reality market in 2014 by acquiring Oculus VR at $2 billions. Thanks to the rise of 5G in late 2010’s to early 2020’s, VR will evolve beyond the gaming market. There will be the number of device manufacturers and platform players as well. Facebook may have two strategic options; one is to be a premium VR hardware manufacturer. The second path is to create a software platform that starts with a computer and phone application and is independent of devices that ultimately evolve into a complete VR operating system. 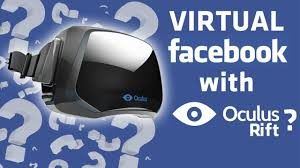 Before 2022, several technological trends will have a significant impact on the future of the virtual reality market. First, wireless technology will advance from 4G to 5G, speeding data transfer and reducing latency. Today, VR headsets require expensive desktops or smartphones to render 3D images and display 360-degree video. However, computing will be pushed to the cloud through 5G network, and therefore a VR headset doesn’t necessarily have to have its own strong computing power to render content. Virtual reality headsets can connect directly to the Internet without being tied to Windows-based computers or Android-based smartphones. Next, we will see a steady increase in popularity of live streaming services such as Facebook Live and YouTube Live Streaming. Trends towards live streaming will help to extend VR content beyond gaming to content with more popular appeal. Sports fans and concert lovers can enjoy live sport events or music concerts at home comfortably. Finally, there will be many hardware players that make VR headsets and peripherals. Competition will reduce hardware costs and minimize the distinction between various headset brands. 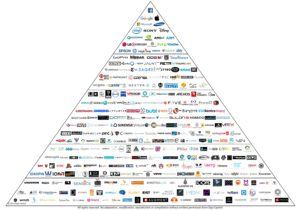 Under these changing situations in the future, one of the strategic options for facebook is to focus on building Oculus Rift as a premium VR headset and licensing its platform to content providers as video console players like Sony and MS do. Facebook can provide massive subsidies to Oculus Rift, to gain market share and expand its customer base, and generate revenue through licensing and distribution.

This strategy could allow facebook to have some advantages. There are already dozens of VR hardware manufacturers in the market and competition will become even more intense. However, facebook controls both hardware and software to control the end-to-end user experience and ensure the highest quality VR experience. This will differentiate Oculus Rift from other VR headsets. Also, by continuing investment, facebook can send a strong signal to market and developers, and eventually give publishers and developers the confidence to continue creating VR content and grow their market.

Facebook, however, should consider possible risks of this hardware strategy. As I mentioned earlier, due to competition among device manufacturers and emergence of 5G, VR headsets could be commoditized and become hard to be distinguished like smartphones. Moreover, facebook has never proven its competency in hardware. 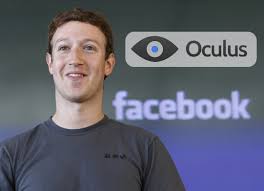 This strategy will allow facebook to build a platform, which is aligned with facebook’s strategy of reaching as many people as possible, no matter what devices they use. Furthermore, since facebook already established strong networks existing between its users on facebook, messenger, and other apps, facebook can integrate its VR platform with these apps to lock its users in its own ecosystem. Facebook can add this VR platform to its current content delivery channel like facebook live and Instagram, so that it can also deliver VR content. Facebook’s strong user base with connections to celebrities and creators can help tip the market in favor for facebook. With content creators and users joining the platform, Facebook can extend its partnerships with advertisers to create more value. This means that facebook can expand its business to this new VR market.