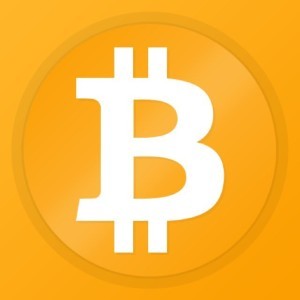 Since the launch of Bitcoin in 2009, it has not been difficult to spot an article heralding how Bitcoin is the future of the world currency. A society without physical money is already becoming very apparent in our world and a few tech-savvy users and investors are betting on Bitcoin as the potential standard in the cashless environment. Considering Bitcoin’s gamified and decentralized nature, however, it is surprising to see that people spend much time to earn (‘mine’ in the official Bitcoin community term) Bitcoin and it is traded for real currencies (as of now, 1 Bitcoin worth 238.88 US Dollar). Contrasted to those Bitcoin fans and believers, however, I think that it will hardly become a mainstream currency; there are too many inherent problems and general complexities with Bitcoin. Its popularity has been much subdued in the recent couple of years because of various security and regulatory concerns. Despite such skepticism, however, I believe that the rise of Bitcoin well illustrates the power of the network effect.

Bitcoin is a digital currency based on a peer to peer electronic cash system launched in 2009 by a person known by the pseudonym Satoshi Nakamoto. Unlike traditional currencies, Bitcoin has no central monetary authority. It is based on mathematics; around the world, people are using software programs that follow a mathematical formula to produce bitcoins. The formula and software is freely available so anyone can use them and make sure that it does what it is supposed to. The mathematics of the system was designed so that it becomes more difficult to obtain Bitcoins over time and its total number is limited to 21 million. Its strengths as a digital currency include that the system guarantees complete transparency by recording each transaction at a huge version of a general ledger called blockchain and that its transaction fees are miniscule and fast.

Bitcoin and the Network Effect

As Marc Andressen, one of the most popular venture capitalist, once said, ‘Bitcoin is a classic network effect, a positive feedback loop.’ In the Bitcoin’s ecosystem, there are four types of players including users who pay with Bitcoin, Merchants who accept the currency, ‘miners’ who produce and distribute Bitcoin, and entrepreneurs or developers who creative a new product, service, and business model by leveraging the Bitcoin ecosystem. Both direct and indirect network effect exist in the ecosystem.

Of the 4 types of players in the ecosystem, direct network effect has mainly occurred from user and merchant sides. Initially, Bitcoin’s unique concept attracted the early users; people mined and shared Bitcoin just for fun.  Its outstanding product quality such as online based nature, no need to worry about back charges or exchange rates, or the speed of transaction, however, created the loyal community-base and accelerated the increase in the user-base. As the number of users exceeded a certain level, Merchants, especially online service providers, started to consider whether they accept Bitcoin as a form of currency and found that it could not only help them to attract more customers but also save cost by eliminating credit card transaction fees and reduce credit card fraud.

Indirect network effect has created and effectuated as ‘miners’ and service / product developers have tried to leverage Bitcoin’s increasing user-base for their financial gain. ‘Miners’ have started to equip themselves with better devices that could ‘mine’ Bitcoin more effectively and to work as a professional team. Such trend guaranteed the stable supply of Bitcoin to the ecosystem. Moreover, many entrepreneurs have developed mobile apps or online services which have improved Bitcoin’s ease of use and security further. Such stable supply and improved consumer experience has led the continuous increase in the user-base. Addition to the increase in the number of users, such strong indirect network effect suggests that the ecosystem has automated process for self-innovation and resilience to fix its shortcomings and future problems.

The Future of Bitcoin

Bitcoin has been an unbelievable phenomenon; the system built by a single person has attracted several millions of loyal users and became one of popular online payment form. As mentioned above, Bitcoin is far from flawless and, based on the current situation in which Bitcoin is most popularly used by illegal online businesses because of the lack of centralization and general anonymity, its mainstream adoption is increasingly unlikely. Many experts predict that it will be overshadowed by a more innovative rival as other many technology service pioneers such as BitTorrent or Skype were handed over its market leading position to new rivals. Even though its future may not be promising, how it created its ecosystem and the network effect around it would be the valuable lesson to the potential new digital currency developers.

Student comments on Bitcoin: can it be a mainstream currency?