What are our favorite three to five ideas for the decade ahead regarding the potential for private finance and delivery of public infrastructure in our sector in these cities?  Why?  (If your ideas are different for Ethiopia than for Tanzania, please explain).

In Ethiopia, the private sector can help to accelerate rural electrification efforts by constructing and operating mini-grids powered by small hydroelectric plants in remote areas that currently do not have access to the national grid. A private player could develop the mini-grid and a small distribution network serving a small town or series of villages, and set prices and charge consumers in that area directly, without having to work with the national utilities.

The benefits of this approach would be to electrify rural areas more quickly than the national utility would. As we learned from NRECA, the process for determining where grid extension investments should made is arbitrary at best, given the political implication that certain areas “deserve” electricity over others. As such, a constellation of mini-grids would democratize access to electricity in rural areas. The government has stated a clear interest in private involvement in mini-grid development, and a significant effort is already underway to explore the viability of the mini-grid approach; NRECA is conducting feasibility studies at 59 sites across the country, which could further smooth entry for a potential private investor.

For mini-grids to become a reality in coming years, stakeholders will need to overcome challenges. The first is profitability. A private player would still be forced to charge the low 3c tariff for political reasons. Given the small scale of such projects, it may be difficult to generate the revenue needed to cover initial capital expenditure and operating expenses. Furthermore, the national grid would reasonably be expected to reach the mini-grid area in the future, and it is  unclear what this grid extension would imply for a private mini-grid operator. The government would likely need to provide some form of compensation to “buy out” the operator when the grid arrives, but such mechanisms have not yet been negotiated. Clarity on this issue and possible tariff reform would be important developments to improve attractiveness of mini-grids as a private investment opportunity.

In Tanzania, the private sector can increase the country’s generation capacity by building and operating gas or coal-fired power plants. Such projects would be attractive to the Tanzanian government because they tend to be larger than renewables projects and would thus increase generation capacity quickly. For the private sector, Tanzania’s ample coal supply in the southern portion of the country and the recent discovery of large offshore natural gas reserves mean that raw material supplies will not need to be imported, easing operational costs. 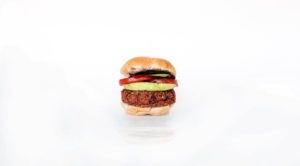 The vegans are coming, and we might join them 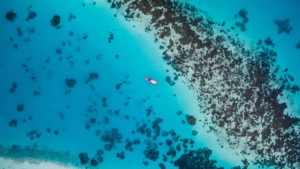 Nevertheless, certain reforms will be necessary over the coming years to make private investment in such plants a reality. First, as the only off-take electricity purchaser in the country, TANESCO would need to improve its creditworthiness to convince investors that they would get paid for electricity produced. Second, the government would need to lower the regulatory hurdles for projects greater than 10 MW; currently, projects under 10 MW benefit from looser government oversight and standardized power purchase agreements. Finally, private entities interested in operating coal-fired plants may face financing issues, as international organizations and Western institutions are concerned with environmental impact.

Over the long term in both countries, there are significant opportunities for the private sector to invest in the construction of new transmission lines. In Ethiopia, despite its significant hydro resources and generation capacity, 75% of the population does not have access to electricity due to a lack of transmission infrastructure. Tanzania discovered significant natural gas reserves of over 55 trillion cubic feet in recent years, which has notably increased the power generation capacity of the country (Reuters). However, most of the gas reserves are offshore, requiring the construction of additional transmission capacity to transmit power across the country.

Introducing more competition in transmission will improve technical capabilities, increase transmission efficiency, and reduce cost over time, benefitting each government. For investors, transmission is one of the most dependable investments in the power space, generating cost-plus returns in both good and bad times.

In the near-term, however, neither countries allow private ownership of transmission lines. While we do not expect the regulation to change in the short term, a private player can potentially use the BlackRhino pipeline deal as a template to structure a 30-year concession with the government. This allows the government to ultimately retain ownership of the transmission line while attracting private sector financing and technical expertise.

In the distribution space in Ethiopia, we observed a clear need for improved grid efficiency and believe that private contractors could assist with upgrades. A private company could replace low quality or aging equipment or wires.

This would be an attractive opportunity due to the value to the government. We heard from the Ethiopian Investment Commission that transmission and distribution line losses in Ethiopia are at 25%, whereas the global average for such losses is 9% (World Bank). Based on some rough calculations, we estimate that Ethiopia could save about $185 million annually by improving its grid efficiency to meet global standards (Assuming an average cost of generation of 8 c / kWh, and savings resulting from lower T&D line losses). As such, the government can spend up to that amount on such projects and still be positioned to save money.

While grid efficiency improvement is a potentially compelling opportunity, it is likely to occur on a one-off contract basis rather than in the form of a public-private partnership. Thus, it may be hard for a private player to use this opportunity as a long-term source of consistent cash flow. Furthermore, the one-off nature of the work would be such that it may not necessarily facilitate future PPP’s.

Both Ethiopia and Tanzania could involve the private sector in expanding their respective distribution networks. In either country, the government could carve out a remote region and outsource power generation, transmission, and distribution in the entire region to a private player to accelerate rural electrification. The private player would have complete ownership over the infrastructure and would freely set consumer tariffs. An alternative model would be for the government to outsource only the development of distribution infrastructure through a concession model, whereby the private entity would operate the distribution network for a certain number of years before ultimately transferring the assets back to the government.

For the government, this approach could force the private company to electrify an entire region which is otherwise hard to reach by the national grid. The private investor, meanwhile, can potentially achieve higher profitability by being able to set tariffs and reach economies of scale.

In Ethiopia, the likelihood of a private sector-led regionalization is very low in the near term given the government’s reluctance to yield much control to the private sector. In Tanzania, however, the unbundling of TANESCO calls explicitly for the breakup of distribution into separate regional companies. TANESCO has publicly stated its openness to competition in the generation and distribution spaces. As such, based on our conversations, we believe it is possible that one or more of these eventual zonal distribution companies could be privatized. All of this is contingent on the successful breakup of TANESCO, but nevertheless would be a compelling opportunity private sector investment in the medium to long term.

What are the key things that private investors and operators need to do to make these ideas into reality?

Private investors need firstly to look beyond the current political and economic hurdles and focus on the long-term potential of both countries. They have to be patient and wait for further liberalization to occur (for example, for transmission opportunities), but at the same time they should be ready to invest immediately once hurdles get lifted. Private investors should therefore keep a close eye on the regulation of both countries and have projects in the pipeline that they could start financing as soon as the regulatory environment evolves.

Second, both investors and operators should build relationships with relevant stakeholders, particularly governments. Previously socialist countries, Ethiopia and Tanzania are both still very much driven by the government. The profitability of private sector initiatives depends largely on what opportunities are legally available, what tariff the government sets for electricity, whether it can privatize operators (e.g. TANESCO), and what incentives it’s willing to grant. For all these reasons and because policy reversals are more likely to be hurtful in the absence of strong ties with the government, private investors and operators in both countries need to closely manage stakeholders.

Additionally, private investors should secure out-of-country financing for their projects, and hedge local currencies. The banking sectors in both countries are nascent and reluctant to finance cash-flow based projects. To finance large infrastructure projects, the private sector will need to rely on either international organizations (e.g. World Bank) or private banks abroad.

Finally, operators should aim to build capabilities locally and bring benefits to the community. Whether by building a new road leading to a power plant, or hiring local contractors, operators will not only better contribute to the development of these nations, but will also gain political goodwill by focusing not just on financial returns but also on their impact on the environment of operation. We heard in Tanzania that operators willing to transfer knowledge and skills are much more likely to see their projects approved (and rapidly) than operators perceived as “extracting” value from the country without doing much capability building.