It’s hard enough for us regular people to cut our water use—with all the drinking, showering and flushing we like to do.  Imagine if literally all you did was drink water and turn it into soda—how do you cut water use then?  That’s the dilemma facing Coca-Cola, our favorite brand of sugar water.

For many years Coca-Cola, like many other companies, saw global warming as a distant specter compared to the pressing needs of their day-to-day business.  This all changed in 2004, when the company lost a lucrative bottling plant in India over allegations that it exacerbated a serious water shortage there by overusing local supplies[1].  Suddenly, the company realized how vulnerable they were to climate change.  The company uses 300 billion liters of water each year, with over half going directly into their bottled drinks.  They are entirely dependent on a steady supply of clean fresh water—and with global warming exacerbating droughts, floods and general unpredictability around fresh water supplies, Coca-Cola’s operating system needed to account for water in a way it had never needed to before[2].

Coca-Cola responded by establishing a global water stewardship strategy and setting strong goals for itself.  The company established two major goals by 2020—(1) to replenish 100% of water used in its manufacturing processes to the local community, and (2) to improve water efficiency in manufacturing by 25% compared to 2010 levels[3].  For the first goal, the company worked closely with each of its 863 plants to identify water sources and find local projects to replenish water supplies.  Many projects included treating wastewater from plants so that outflows could be returned to the environment sustainably.  Other projects include investing in reforestation and cleanup to restore watersheds[4].  Overall, the company invested over $300 million into community water projects globally[5].

Combined, these projects enabled Coca-Cola to replenish 115% of its water usage in 2015, achieve its goal five years ahead of schedule[6].  In effect, drinking Coca-Cola products is better for the environment than drinking water! 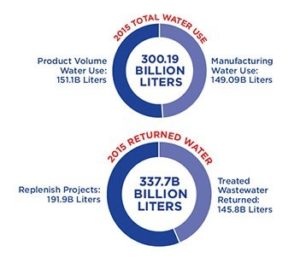 What next?  The company continues to reduce water use in its manufacturing operations, which continue to represent ~50% of total water use—basically it takes one bottle of water to make one bottle of Coke, and they are working hard to reduce that ratio.  However, beyond that I believe there are several other steps Coca-Cola should take to mitigate and adapt to the climate change problem.

The other ingredient in sugar water: Sugar

While water remains the most important ingredient in Coca-Cola’s products, the second most important ingredient is its sweetener.  Coca-Cola uses primarily sugar and high fructose corn syrup in every drink, both of which are agricultural products requiring significant amounts of water to grow.  The company does very little today to address these vulnerabilities—it has made no announced progress on corn and still sources over 50% of its sugar from normal-course sources.

In the meantime, climate change is causing long-term harm to corn and sugar supplies worldwide.  In Iowa, part of the Corn Belt that grows 40% of the world’s corn crop, increasingly intense storms have severely depleted topsoil—in some cases sweeping it away 10x to 50x faster than it is replenished.  This has severely reduced the nutrient quality in topsoil and required the use of increasing amounts of chemical fertilizers, which are both less effective and more environmentally dangerous[7].  Scientists suspect these intense storms are a result of climate change. 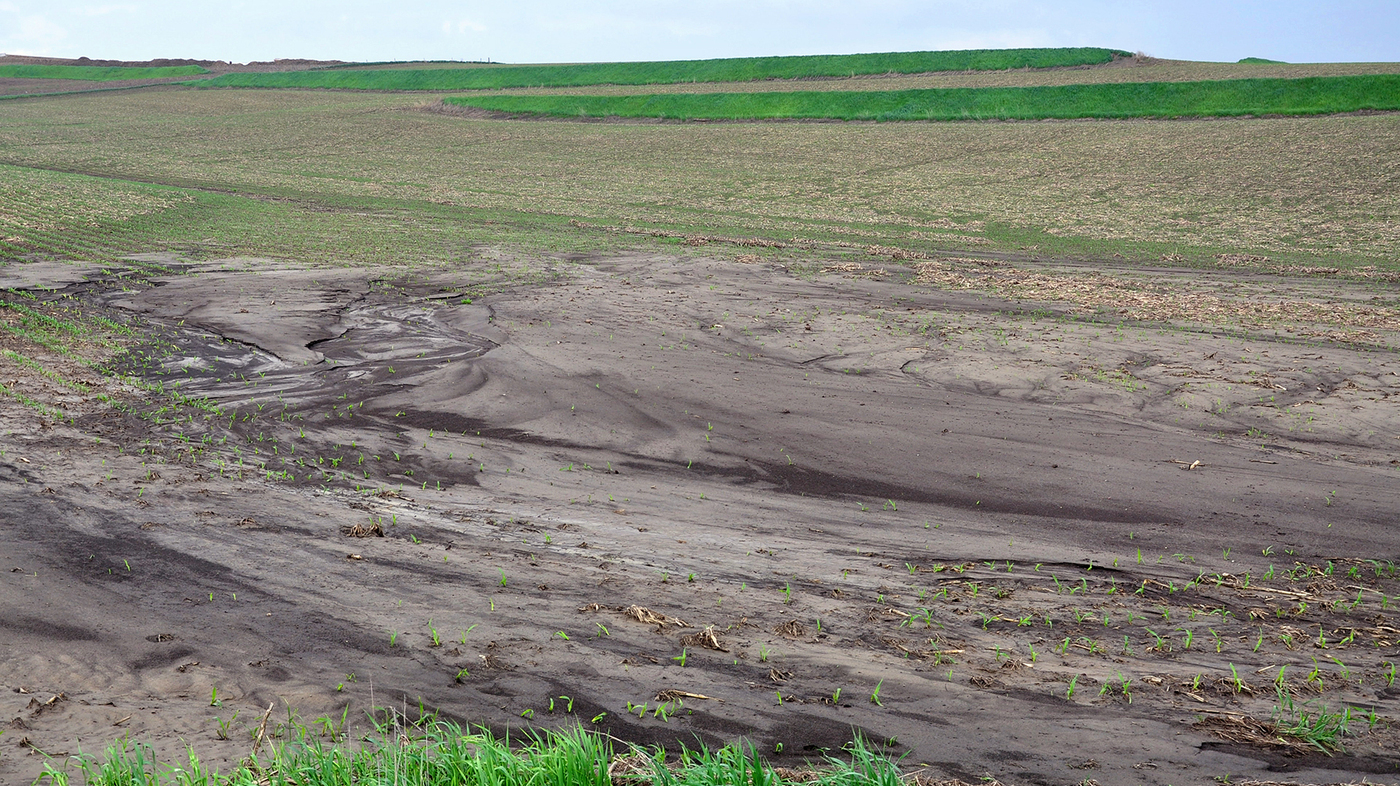 I believe Coca-Cola has a long-term opportunity here to both combat present issues such as soil erosion, and also to invest in long-lead-time innovative projects such as vertical farming and scale hydroponics.  This offers the company a balance between ensuring its current business and sourcing practices are protected, and allows Coca-Cola to protect its long-term interests in case climate change continues to ravage arable land and requires more efficient farming techniques.

Coca-Cola stands at a unique place as its operating system is intimately dependent on water and directly affected by climate change.  It is also limited as for much of its business, traditional methods of “reducing water use” are just not applicable.  So far the company has creatively worked around this limitation by finding and saving vulnerable watersheds.  Going forward I believe it has an opportunity to continue to invest in long-term projects to protect against climate change across not just its main ingredient, water, but also in cultivating key crops such as corn and sugar in a long-term sustainable way.  I’m confident that hundreds of years from now people will still find Coca-Cola refreshing, and if the company pulls the right steps today then I believe it will still be able to offer Coca-Cola then.

[4] Bea Perez and Greg Koch, “Inside the Bottle: Things You Want Us to Answer Around Water,” The Coca-Cola Company, July 10, 2015, http://www.coca-colacompany.com/stories/inside-the-bottle-answers-from-bea, accessed November 2016

H&M and the Push for Sustainability in Fast Fashion

Student comments on World Running Out of Water? Drink Coca-Cola Instead!