“This year the effect of climate change and global warming is highly apparent, with our harvest starting fully two weeks earlier than ever before” – Rajeev Samant, CEO, Sula Wines [1]

In January 2016, Sula Wines, India’s leading wine producer, issued a press release to flag the growing impact of unseasonal rainfall on its grape harvest. This declaration has pushed to the forefront the question of whether supply-side, climate-change driven constraints may potentially curb the growing momentum of India’s burgeoning wine industry. Erratic monsoons and deteriorating soil quality portend the inevitable stagnation of an industry that has been touted one of the leading drivers of rural employment in two of India’s most populous states. 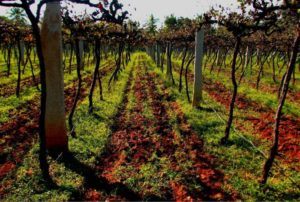 India has not traditionally been a market for wine. In recent years, accelerating GDP growth, higher disposable income and a cultural shift towards the West have driven 15%+ year-on-year growth [2] for the Indian domestic wine industry. In 2015, annual wine production hit 27 million liters [2], bolstered by government incentives such as tax breaks and special “agri-zones”. On the back of millennials and their affinity for wine culture, the market is expected to continue double digit growth in the coming years. [2]

Wine production in India is concentrated in the central-west/south-west of the country with Nashik district accounting for ~80% of output. [3]   The sub-tropical climate leads to an unusual harvest cycle with grapes being harvested in month of December, ~3 months after the monsoon season. Sula wines, market leader with 24% market share [2], was one of the pioneers in this region.

Established in 1997 by Rajeev Samant[4], Sula was the first wine producer to successfully scale out of the niche-y super premium wine market. It marketed itself as a truly domestic, Indian wine and employed innovative marketing tools such as tastings, wine education events and “Sulafest”. Through these efforts, Sula managed to put wine on the map for a whole new segment of India’s population and effectively created a market for itself. 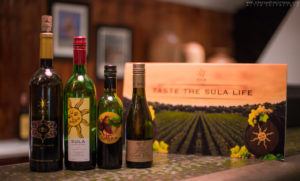 Sula has 2 wineries with a combined capacity of 8 million litres[4]. It has 1800 acres[4] under plantation of which ~20% is owned and the remaining is contract grown[5]. The company has done a lot for the struggling farmers in the region, both in terms of providing employment as well as initiating sustainability measures such as rain-water harvesting and vermi-compost[5]. Despite these efforts, Sula has not been able to escape the impact of growing irregularity in rainfall.

The wine-growing region of India is impacted by the South-West monsoon winds which blow from June-September.  However recent years have seen droughts in the monsoon months followed by unseasonal rainfall later in the year. A recent study [6] using PRECIS (Providing Regional Climates for Impact Studies), a state-of-the-art climate modelling system, indicated that under scenarios of increasing greenhouse gas concentrations and sulphate aerosols, temperature and rainfall were expected to increase. West Central India (where Nashik district is located) showed maximum expected increase in rainfall.

While drought depletes the quality of the soil, unseasonal rainfall causes grapes to fall off vines prematurely, thus not allowing them to mature and develop a robust flavor. In recent years, Sula has struggled to get the yield it requires to scale its high-quality wines. Not only does this make production planning difficult, but in the absence of adequate quality grapes, Sula must resort to producing more of the lower-quality, less-premium wines while taking a hit on margin.

Sula’s attempts to mitigate these problems have been two-fold. First, there is a strong emphasis on sustainability measures (as mentioned earlier) to counteract the impact of drought and deteriorating growing conditions.  Second, they are considering relocating their contract growing to a neighboring state which has been comparatively less impacted by climate-change driven rain fluctuations. This however, adds a whole new dimension of complexity to their supply chain since they will now have to transport the input grapes as opposed to being effectively co-located. Product and quality considerations also arise since the soil in the new location is not ideal.

All these issues beg the question as to whether Sula will be able to sustainably cater to the potential demand that it created for itself. While the answer to this is unclear, an honest recognition of the issues is a step in the right direction.

Hearing the Cry of the Orangutans: Unilever and Sustainable Palm Oil