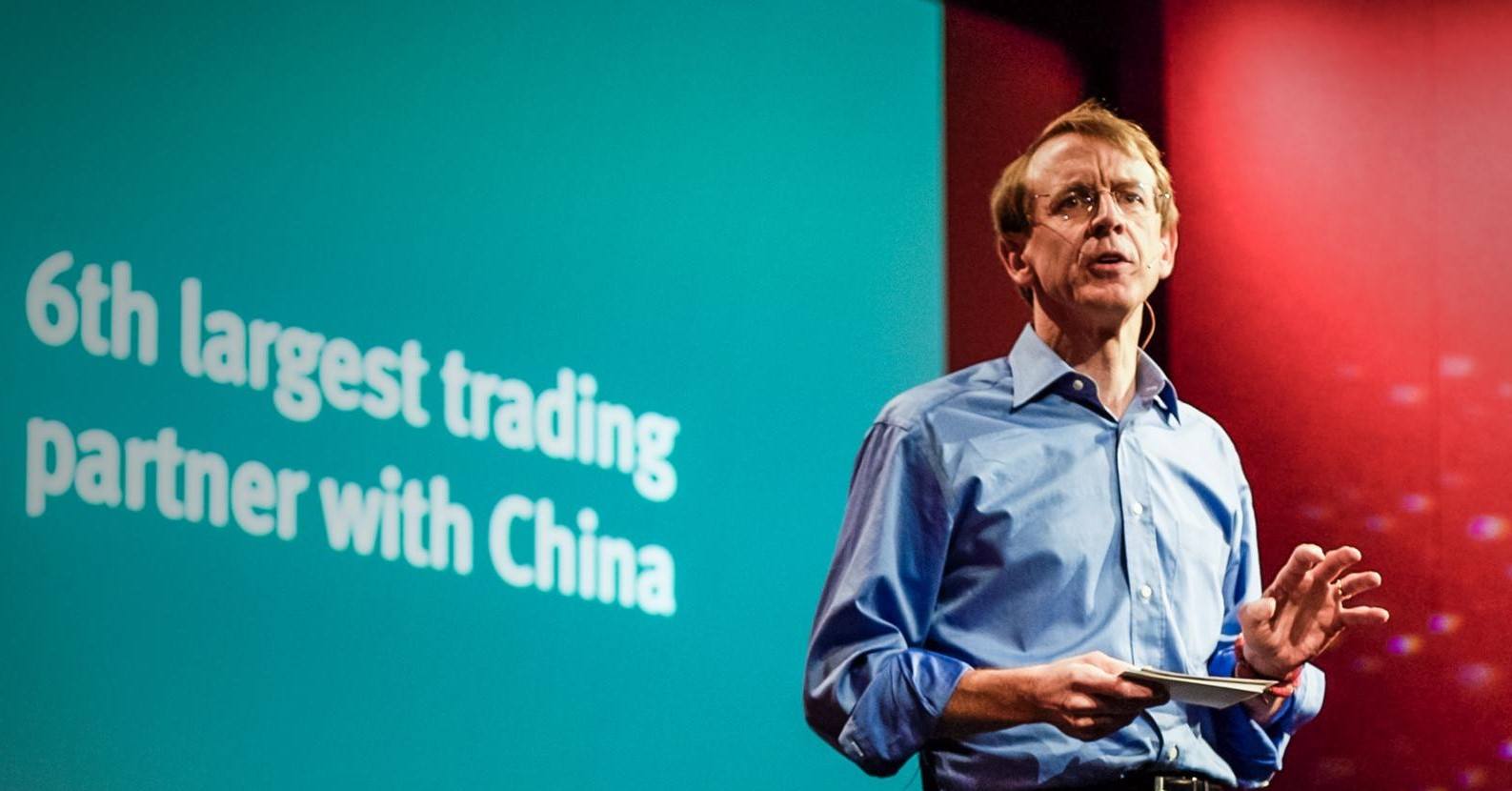 In March 2007, John Doerr—the legendary partner at storied venture capital firm Kleiner Perkins Caufield & Byers—delivered an impassioned and tearful TED Talk where he laid out the sheer magnitude of challenges and opportunities posed by climate change.  Doerr told the crowd, “Green Technology…is bigger than the Internet.  It could be the biggest economic opportunity of the 21st century.”[1]  Kleiner Perkins, which made a name for itself by investing in internet giants like Netscape, Amazon and Google, had recently committed $100M of its most recent fund to back clean-tech companies, including technologies related to renewable energy sources, biofuels, electric cars, water purification, and air quality.[2]  Bolstered by major government incentives, VCs began to pile into the space as well, and total VC investment in clean-tech soon increased tenfold—growing from ~$400M a year in the early 2000’s to $4.2B in 2008.[3] 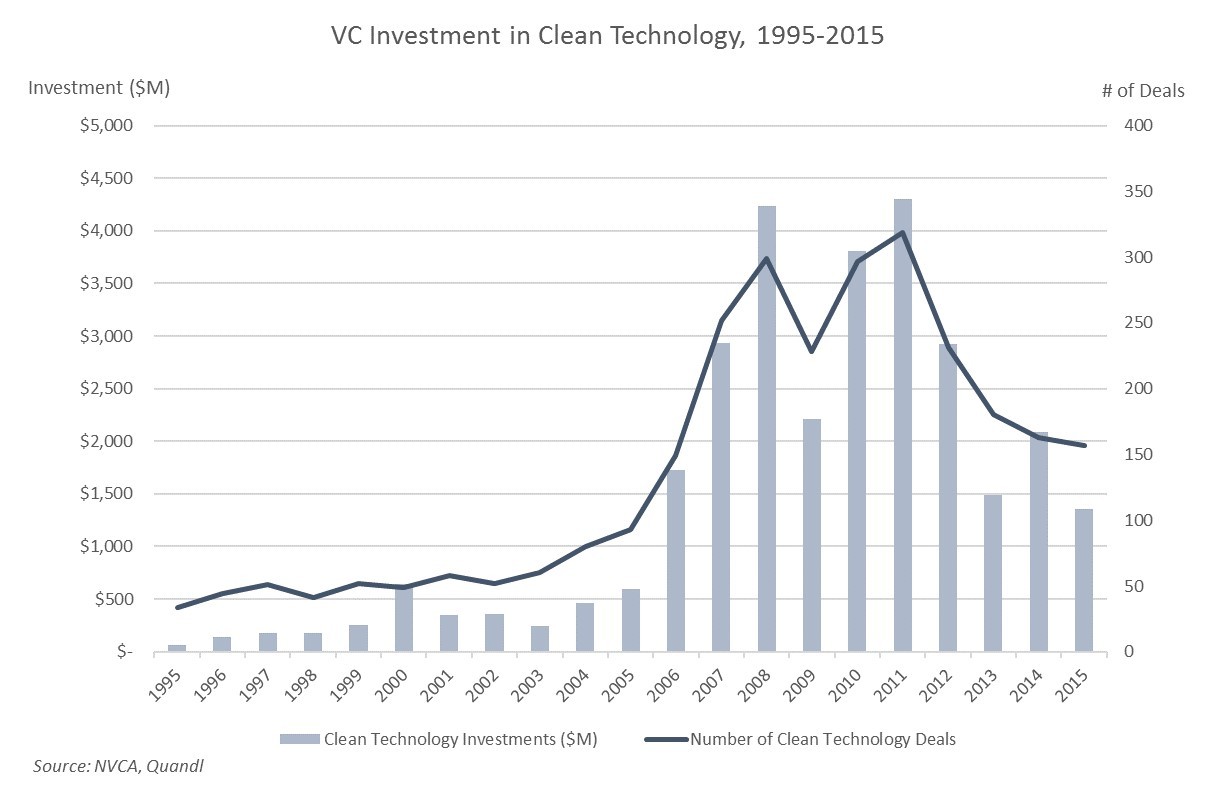 By 2015, however, interest and activity in clean-tech VC had stalled for a variety of reasons.  First, many VCs underestimated the sheer amount of capital and time required to build a successful clean-tech company.  The typical venture firm made investments between $10-$50M and often relied on “quick wins” within 3-5 years in order to drive success; by contrast, companies like Bloom Energy (a fuel cell technology company backed by Kleiner) had taken $800M in capital and 15 years of operations to reach scale.[4]  Investors also misunderstood the genuine scientific and technical risks clean-tech businesses faced.  Fisker Automotive (an electric car company also backed by Kleiner) drew in $1.4B of capital without ever bringing a product to into production.[5]  The clean-tech venture industry suffered due to external pressures as well.  The global financial crisis in 2008 left many funds with an uncertain capital environment, and markets were suddenly less receptive to the IPO and M&A transactions required to return capital to investors.  Moreover, competition from inexpensive Chinese solar panels and the shale gas boom in North America made many projects in the renewables space economically unviable.[6]

As a result, Kleiner Perkins’ clean-tech portfolio (which had grown to 88 companies by 2013) was struggling, and investments like Fisker were on track to become among the biggest venture capital losses in history.  To add to its troubles, industry experts suggested that Kleiner’s focus on clean-tech had caused it to miss out on the early rounds of consumer web companies like Twitter and Facebook, which drove outsized returns for competitors like Benchmark, Accel and Greylock.[7]   The firm’s reputation within Silicon Valley has undoubtedly suffered, and Doerr eventually stepped down as an active investment partner for future KPCB funds in 2016.[8]

Despite these setbacks, however, the global business opportunity created by climate change has not changed since the first wave of clean-tech VC began.  What Kleiner Perkins and other VC firms need to address is how to capture that opportunity.  There are a few options going forward:

Ultimately, the next generation of clean energy VCs must decide how best to participate in the future of climate change innovation–if they participate at all.

Note: in addition to secondary sources, this post was prepared following an interview with Shervin Ghaemmaghami, Principal at F-Prime Capital, November 2016

Student comments on Weathering the Storm: Kleiner Perkins and the Tragedy of Clean-Tech Venture Capital