Read any technology blog or magazine and you are sure to be overwhelmed with “The Internet of Things”. In a broad sense, what this refers to is the interconnection of disparate machine data using thousands of using sensors, widespread internet connectivity, and advanced analytics. A world is approaching where everything from your thermostat to your car to your refrigerator is connected and talking to each other. This increased interconnection and optimization is driving massive cost reductions in many industries across the world with the market for this service industry increasing from $232 billion in the US this year to over $357 billion in three years [1]. Large corporations, especially those with large portions of their revenue derived from customer service, are clamoring to enter this space and build capabilities. However, succeeding is this space is difficult for large corporations due to their large size and risk aversion versus the fast-paced, dynamic environment of technological startups. In this dynamic environment, Uptake was born. 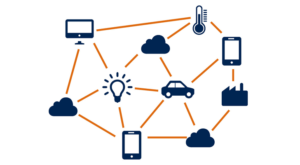 Unlike many tech start-ups which look to upend the traditional players, Uptake was created to act as a strategic partner to industrial clients in order to improve their analysis and efficiency with collected data. Founded in 2014 by Groupon exec Brad Keywell, Uptake has grown to an impressive number of 500 staff and a valuation of $1 billion in less than two years [1]. Using advanced data collection, manipulation, cleaning, machine learning, and visualization, Uptake takes the massive amounts of data generated by their partners to create insights and revelations which ultimately lead to optimized systems.

To date, Uptake’s main business partner and co-investor has been Caterpillar. Founded in 1925, Caterpillar has long been known for their iconic yellow industrial equipment found on construction yards, mine sites, and rail yards around the world [2]. The company’s nearly 100,000 workers have mainly been focused on the design and manufacture of equipment, not necessarily the optimization of the sold assets. Due to the high capital costs of their equipment, Caterpillar has been pressured by their customers (and shareholders) to increase the overall utilization of their equipment while reducing the total hourly operating costs. With over 400,000 pieces of equipment connected to Cat’s proprietary Cat Connect system, tremendous opportunity exists to use this machine data to optimize and improve operations [3]. Uptake was brought in to assist in this effort: “It’s the marriage of silicon and steel,” says George Taylor, head of marketing and digital at Caterpillar. In one scenario, Caterpillar conducted a study of a large piece of mining equipment which was prone to failure at a customers’ site, resulting in 900 hours of downtime and $650,000 in repairs. If the technology from the two companies’ partnership had been applied, the machine’s downtime would have been less than 24 hours and cost $12,0000 [4]. 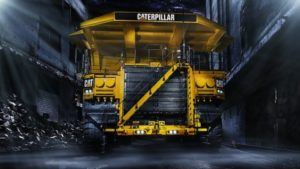 In another instance, Uptake helped Caterpillar optimize their own internal supply chain. Up until this point, Caterpillar had no way of determining if its dealers had sold a part that it had supplied them as there was no connectivity between the 175 global dealers’ disparate databases [4]. The optimized system, set to be rolled out over the next two years will save ~10% of annual parts-inventory costs.

Uptake’s market potential is enormous, inefficiencies abound in the mining and extractive industries and a data-driven approach to route optimization, fuel savings, supply chain efficiency, asset deployment, and maintenance and repair will reap incredible benefits. Almost unheard of for a start-up their age, Uptake is already making a profit which is largely driven by the massive savings that they have identified for their partner companies. In addition to mining equipment, Uptake has also entered construction, aviation, and rail [5]. An area that they should enter, and where they could bring tremendous value to,  is government. Uptake could use their data analytics to improve healthcare delivery, infrastructure spending, transit planning, and other large-scale, data intensive endeavors.

While the horizon may look quite bright for this new firm there are some risks to their model which must be addressed and mitigated before a major incident occurs. The first issue is regarding data security; with such large amounts of data, some sensitive and some mundane, risk exists that this data may be compromised. Another risk exists if perpetrators can breach the data stream and take over control of assets from a remote location. In both situations, Uptake would do well to consistently invest in their IT security and ensure that they are at the cutting edge of secure data transfer.

What is the way forward for Coursera?

Student comments on Uptake: A new type of mining