In October 2006, Boston-based Suffolk Construction Company won the bid to build the Torrey Pines Institute for Molecular Studies in Port St. Lucie, Florida.[1] Two years later, in November 2008, the company had completed its work on the 108,000 square foot, $40 million facility. However, a month after completion, Suffolk hired Vico Software, Inc. to answer the question: “could we have done it better?” How could we have harnessed the power of new technological innovations to improve the full supply chain of this construction project?[2]

The Need for Digitalization in Construction
Since the late 1980’s, digital technologies have fundamentally changed the ways in which businesses operate. In developed markets, every sector of the economy has had to adapt to the rapid changes brought on by the applications of digitalization. However, the construction industry remains a late adopter despite the clear potential benefits to digitalization. In fact, while 93% of German construction companies believe that digitalization[*] will influence every single one of their processes,[3]  construction remains the second-lowest industry on the McKinsey Global Institute industry digitalization index (see Exhibit 1). 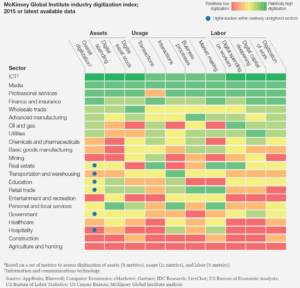 Yet, the construction industry is in deep need of meaningful innovation. Global construction labor-productivity growth averaged 1% over the past 20 years (vs. 2.8% in total world economy) and has actually declined in some markets (see Exhibit 2); most large projects face significant cost and time overruns (see Exhibit 3); and construction companies’ R&D and IT spending meaningfully lag that of other industries (<1%).[4] 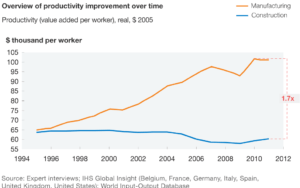 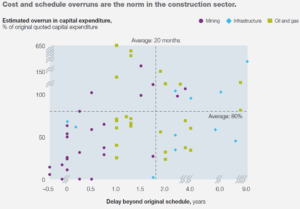 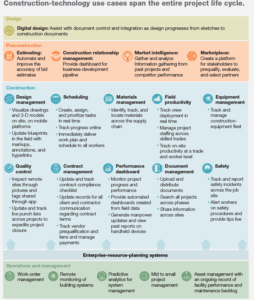 One particular improvement has been the concept of Building Information Modeling (BIM). BIM allows construction firms to have a digital simulation of a project before beginning to build, and can also be used interactively to optimize specific steps of a building project. For example, as a result of using BIM, a construction firm may be able to save on material costs by placing relevant orders in bulk and ahead of time, or could optimize labor on a jobsite. The industry has seen meaningful costs savings as a result of using BIM, but remains slow to adopt the additional numerous tools that could further raise its productivity and optimize its cost structure.

As a result of the Vico Software engagement, the Suffolk management team learned ways to significantly enhance their project planning and execution using BIM.[2] In a 2011 presentation, a Suffolk division president detailed some savings the company was able to achieve on a single project through the use of BIM: “all the steel beams…were purchased…with the steel fabricator to beat a price increase and save $650,000… piping and valve assemblies were fabricated off-site, saving over $100,000… Suffolk’s use of BIM… translated into a total savings of 7,949 man-hours, for a total savings of $814,374.”[7] However, while the adoption of BIM represented a step forward for Suffolk, the company does not seem to have made significant additions to its digital toolkit nine years later despite the proliferation of new technologies. Additionally, the company has not indicated an active search for innovative digital solutions to the current issues the industry is facing.

Based on a recent study by Roland Berger[3] and an article by Michael Shomberg, Global VP and GM for Engineering, Construction and Operations industries at SAP[8], I would suggest Suffolk consider some of the following solutions:

Construction accounts for 13% of the world’s GDP and improvements in the sector’s productivity could result in trillions of additional dollars to the world’s economy.[9] As technology companies continue to enter the sector, construction firms that choose to be early adopters of their offerings will likely win market share as a result of their higher productivity. Suffolk should take note and increase its focus on technology-enabled solutions as some of its larger rivals have done (Exhibit 5). (781 words) 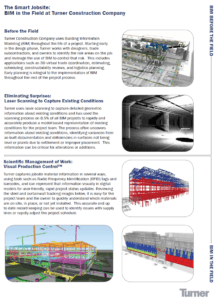 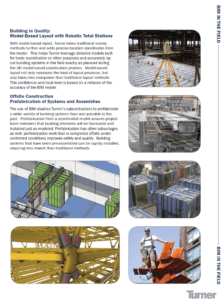 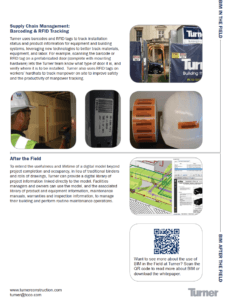 [*] This paper uses digitization and digitalization interchangeably since most research articles do not differentiate between the two terms and use digitization to explain the use of digital technologies to affect changes to business models.

The Domino Effect of Commodity Instability on Pork Production

JD.com: Building the Smart Logistic System for the Future

Student comments on Trillions in Wasted Productivity: Digitalization in the Construction Industry