One in five individuals in the US today are underbanked or unbanked, meaning they have no or limited access to bank accounts and traditional financial services products.[i] According to the Center for Financial Services Innovation, these individuals rely instead on costly alternative providers such as payday lenders and check cashers for the most basic financial transactions: cash-based bill payments, reloading prepaid debit cards, cross-border remittances, and prepaid cell-phone payments.

TiO Networks was founded in 1997, when its founder, Hamed Shahbazi, addressed the needs of this underbanked consumer segment (of which Hispanics make up the largest proportion) by developing applications for self-service kiosks installed in public places, so that those without internet access at home could use the kiosks to deposit cash electronically. In 2002, TiO went from being a software developer for kiosks to a specialty payments processing company, when it added a bill payment app after realizing the need for intermediation to help billers (such as large wireless, cable and utility companies) manage their receivables.[ii] This was a huge convenience for bill payers, particularly those that wanted to pay in cash instantaneously without having to wait 3-5 business for the payment to post. With its payment processing app, TiO acted as a reverse ATM, and broke into a $2bn market for bill-payments in the US. The kiosk model was appealing to customers because it provided a differentiated experience in terms of convenience, accessibility and affordability, while at the same time keeping in mind that this demographic strongly preferred cash transactions. For the businesses that hosted the kiosks, the store traffic that the kiosks brought boosted sales in other parts of the store. In the following years, TiO expanded on this core kiosk product through additional offerings such as remittances, gift card purchases and phone top-ups. 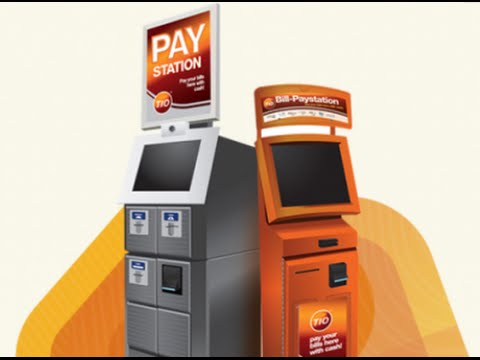 However, it wasn’t long until TiO needed pivot its model again. Cash was only one of a variety of channels that people paid their bills with – others included credit and debit cards and wire transfers. For billing companies, there was enormous value in being able to consolidate the payment channels, and TiO leaped on the opportunity to build the back-end infrastructure and serve as a payments aggregator to its billers. This attracted additional billers to their platform, and provided direct connectivity to major billers in the U.S. that in turn created a network effect of increased end users.

The next big disruption to the TiO Networks model came in the form of the proliferation of mobile technology and the rapid adoption of smartphones. Underbanked consumers, who often do not use internet banking, switch to mobile payments because it offers substantial time and cost savings. This raised a huge question: as comfort levels and adoption rates within mobile increased, would they render channels such as the kiosk obsolete?

TiO Networks responded to this grave potential threat to its business by directly entering the space and launching a mobile wallet app. However, instead of abandoning the kiosk platform, TiO’s mobile app is constructed on the thesis that mobile technologies will compliment, not replace the incumbent kiosk technologies.[iii] This complimentary model is analogous to the airport check-in self-service kiosks and mobile airline apps. While mobile airline apps do not offer the full functionality of self-service kiosks, for example to weigh baggage, scan passports and provide tags, they offer a convenient service of downloading mobile boarding passes, and also reduce bottlenecks and the required manpower in the check-in process. Similarly, TiO Networks integrated model aims to offer a full suite of functionality: the efficiency of on-the-go mobile payments, as well as directions to the nearest kiosk for cash payments.

Over the last few years, TiO has continued to stay at the cutting-edge of technology advancements, and today, the company is a cloud-based multichannel bill payment processing and receivables management company with over 65,000 physical location kiosks or endpoints throughout the United States. In addition to growing organically, TiO has opportunistically broadened its business model through acquisitions – most recently acquiring Softgate Systems, a New Jersey provider of consumer retail and bill payment solutions in July 2016. [iv]

What’s next? In order to stay ahead of the curve, TiO must continue to augment its business model and respond both to its consumers as well as emerging payments technologies. Firstly, given the several data points that they know collect for each customer, TiO could provide additional value to consumers through customized cash management tips and privacy tools. Second, they should continue to broaden the suite of billers and consider expanding into tax payments and debt service payments. Lastly, TiO could add yet another layer to its interconnected network by creating a social product for its consumers, for instance for families to coordinate finances, or for roommates to split bill payments.

I’m A Barbie Girl in an IoT World

Student comments on TiO Networks: From reverse ATMs to mobile wallets, this ain’t your uncle’s network.