The Roll Back Malaria Partnership (RBM), a collaboration between WHO, UNICEF, UNDP, and the World Bank to develop a global, coordinated anti-malaria effort, is now facing an additional obstacle to its goal of ending the malaria epidemic: climate change.

Malaria is a life-threatening vector-borne infectious disease caused by parasitic protozoa; in 2015, there were 214 million cases of malaria worldwide. [1] Its incidence is highly correlated with the number and lifecycle of mosquitoes, which transmit the disease. Weather conditions such as rainfall, temperature, and humidity are known to affect survival of mosquitoes and length of the transmission season. Rising mean temperatures in particular have been shown to allow for increasing populations of mosquitoes in previously unexposed regions. [2]

The World Health Organization (WHO) and the World Meteorological Organization have recognized malaria as a key health issue that will be adversely affected by climate change, citing studies that suggest temperature increases of 2 to 3 degrees Celsius will place an additional several hundred million individuals at risk of contracting malaria. [3] A separate report published by the World Bank found that by 2050, changes in mean temperatures will result in a 50 percent increase in malaria transmission probability in regions in South America, Sub-Saharan Africa, and China. [4]

However, not all stakeholders agree that climate change will significantly alter the global impact of malaria. Researchers behind a study published in Nature in 2010 developed models to predict the impact of rising global temperatures on malaria transmission while taking into account the countering effect of continued global economic development and intervention, and argued that there would actually be a net reduction in malaria transmission. [5] Inappropriately shifting excess funds towards anti-malarial efforts due to misguided concerns around climate change would not without consequences, as these resources would likely have been diverted from other critical health issues. 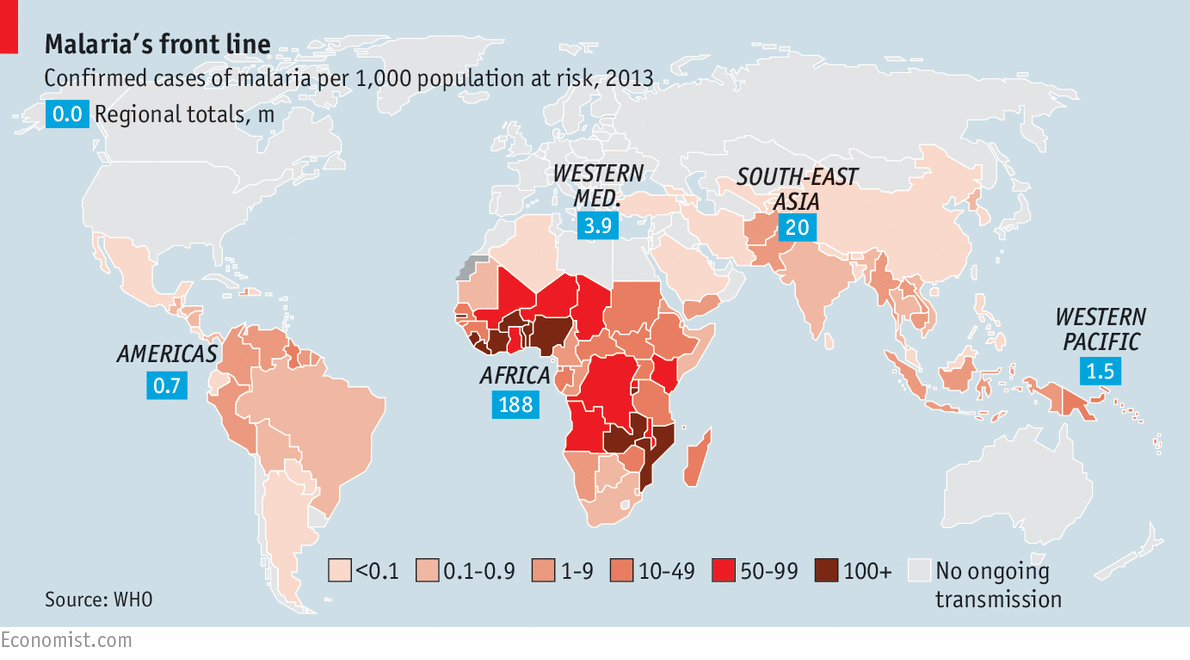 Updates to the Playbook: RBM’s Response to the Changing Landscape

In order to address the potential threat of climate change, the Roll Back Malaria Partnership developed an updated Global Malaria Action Plan with dedicated processes in place for measuring and mitigating against effects of climate change. [6] Specifically, the organization:

As an example, an early warning system has been developed in Botswana that combines a seasonal rainfall forecast with malaria surveillance data to predict incidence rates and reduce the lead time on a public health response. [6] Similar projects have been carried out in Sri Lanka and Ghana in an attempt to better forecast malaria trends and deploy appropriate interventions. [6]

Moving Towards a Malaria-Free Future

In addition to these efforts, the Roll Back Malaria partnership could take several further steps towards addressing the impact of climate change on malaria.

First, the partnership should work closely with and establish recommendations for key financiers, such as the Global Fund, the largest sponsor of malaria programs worldwide. [7] Many funders have yet to develop clear strategies for communicating the increased funding need that could result from climate change; Roll Back Malaria can play a role in supporting these efforts with the significant body of research it has assembled across its global efforts.

Second, Roll Back Malaria should proactively work with regions that were previously free of malaria-carrying mosquito species but are now predicted to be at risk within the next several decades. These regions are unexperienced in handling malaria epidemics and additionally are more susceptible to severe epidemics given the absence of adaptive immunity amongst the local population.

Third, Roll Back Malaria should focus on developing sustainable infrastructure for deploying interventions, such as delivering mosquito nets and anti-malarial therapeutics to difficult to access areas and populations. This strategy would mitigate against the potential risk that the global impact of climate change on malaria transmission is smaller than expected. Unlike funding spent on new drug development, for example, investment in infrastructure can be redeployed to address other emerging global health issues, thereby representing a sustainable investment in human health and welfare.

Malaria is just one amongst many examples of how global health will be affected by climate change. How can the WHO and partner organizations like RBM best prepare for these changes in the face of uncertain impact and limited resources? What are the costs of overestimating or underestimating climate-related risk? (781 words)

[4] The Potsdam Institute for Climate Impact Research and Climate Analytics, “Turn-down the Heat – Why a 4 Degree Warmer World Must be Avoided,” International Bank for Reconstruction and Development and World Bank, November 2012.

Cancun: Is the Party Over?

Taking Jeans from Blue to Green: How Levi Strauss is Reducing its Water Consumption

Student comments on Roll Back Malaria: How Climate Change Is Affecting the Fight Against Malaria