In cities across the world, governments are investing heavily in Closed Circuit Television (CCTV), a form of video surveillance that transmits a 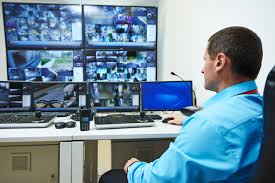 digital feed to a limited set of monitors. Most recently with the emergence of the cloud, companies offer video surveillance as a service (VSaaS), whereby a user can automatically set and adjust capabilities, access footage via multiple devices, and rapidly scale video capabilities. [1]  As the price of video surveillance decreases, the prevalence of surveillance cameras has increased dramatically. While London with estimates of over 1.9 million installed cameras ranks as the most surveilled city, other metropolises across the globe are investing heavily in video surveillance. Worldwide revenue from sale of video surveillance technology reached $15 billion in 2014 and is expected to increase up to over $23.6 billion by 2018.[2]

Video Surveillance and the Prevalence of Crime

Most cities laud the surveillance technology as a way to prevent crime and increase public safety. While the presence of a camera in a parking lot or 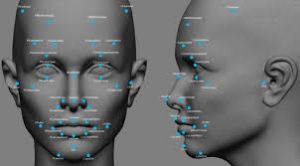 on public transportation may deter a potential criminal from committing a crime, the cameras have no effect on experienced offenders.   Despite the ability to store and compare vast quantities of video footage, after a crime has been committed, facial recognition software is not yet capable of dissecting video footage and identifying possible criminals.[3]  In order for facial recognition software to ever work, a computer must be equipped with a database of faces against which to compare video footage. Many worry that such a catalog would infringe on privacy rights of law abiding citizens. While law enforcement organizations can use mug shots of past perpetrators, facial recognition is not yet advanced enough to match a clear image to the grainy video footage of a CCTV camera that is taken from an angle. The FBI’s Next Generation Identification (NGI) system, only guarantees an 85% chance of returning a suspect’s name on a ranked list of 50 names after viewing a picture of a suspect’s face, and that will only happen if the suspect’s name is already in the database. Even amongst software developers, many believe that facial recognition software will never deliver “near human” recognition capabilities.[4]

Recognizing these limitations, some law enforcement agencies have developed processes that pair their digital libraries with the power of the human brain. The London Metropolitan Police Service created a specialized force of “super-recognizers” to work with computer outputs in order to identify criminals. Officers at Scotland Yard developed this unit after hearing about research from a Harvard postdoctoral student studying prosopagnosia, a condition where a person is unable to recognize human faces.  The research showed that humans are capable of a spectrum of recognition ability.  While a person with prosopagnosia cannot even recognize himself, super-recognizers can remember the face of a person with whom they have minimally interacted. To become a member of the Met super-recognizer unit, an individual must pass a series of recognition tests.[5]

To identify a criminal, first, software determines the images that contain faces within a stream of video footage. Normal police officers then enter these images of the perpetrator into a database and tag the images with categorical metadata such as age, race/ethnicity, type of crime, and other physical characteristics like tattoos, missing teeth, etc. The database also includes images and mug shots of known criminals tagged with metadata. Using the computer’s algorithm, super-recognizers narrow the number of images in the database to compare against the video footage. They then can determine which images in the database match the perpetrator. In 2015, this unit was able to solve 2,500 crimes using imagery.  This method of identification has also proven far less expensive and more accurate than traditional identification techniques like DNA and finger print matching. [6] 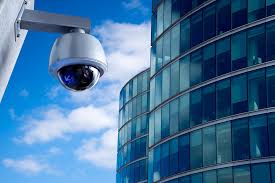 While use cases, like London’s team of super-recognizers, prove that video surveillance can effectively improve security, there are still many ethical quandaries that need further exploration. Governments must balance civil liberty and safety. As evidenced by the revelations of Edward Snowden, most law-abiding citizens do not feel comfortable submitting to government surveillance. As technology becomes more advanced, societies must constantly assess the freedoms they forsake by living in a digital world.

[3] “From Drones to Body Cams, Tech is Changing the Fight Against Crime”, Simon Hill, Digital Trends.

[4] “Why Facebook is Beating the FBI at Facial Recognition”, Russell Brandom, The Verge.

[6] “The Detectives who Never Forget a Face”, Patrick Raden Keefe, The New Yorker.

Autonomous Cars: Because Snapchating While Driving is a Millenial Must