There is nothing strikingly new in Oscar’s Business model, as we compare it to its health insurance competitors. The way Oscar is set to create and capture value is pretty much set by a subscription model of insurance.

Oscar charges its costumers a yearly fee that varies according to the kind of costumers. The company uses a risk assessment algorithm to set its price. The amount each costumer pay is directly related to age, income, geography and range of coverage. For instance, a 29-year-old, middle class, New York based patient can choose among 5 different prices or plans. 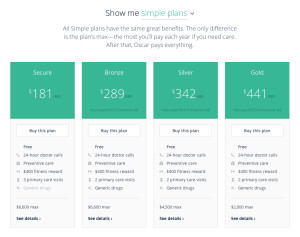 Once you signed for a you get access to a network of health providers that you can go to.  Once you have a condition and go to one providers of their network you either pay (and later get a deductible) or Oscar cover the expenses for you if you have reached your out of pocket limit.

Nothing new so far. What differentiate Oscar’s from its competitor is all the technology enabled features that it offers to its clients. For instance, Oscar offers telemedicine call through its platform at no cost for general conditions. Also, by integrating with a lot of other healthcare technology software the company can help patients keep track of their medicine’s schedules, reminding through Oscar’s app, when you have to take your pill. Also, Oscar can keep a log of your information, such as clinical exams or either health notes from doctors, online and available to its clients. 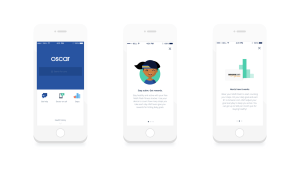 Above that, Oscar is targeted to individuals instead of groups, unlike it peers.

Oscar is a healthcare insurance company operating as a technology company. The company has 45+ engineers working to better build tools for costumers, such as a matching system between doctors and patients.

The company works in a way to bring full transparency to its costumers. With that, comes the effort the company puts in presenting everything very in a very friendly user interface.

Also, since the company is technology centered, it focuses R&D to integrate with lots of other health company. For instance, the company integrates its CRM to a wearable watch that tracks user’s physical activity. By doing that, it offers discounts to costumers who exercise. The rational, is based on the idea that people who exercise have a lower risk of getting sick, so it drives down Oscar’s cost, which in turn, give a discount to its patient. 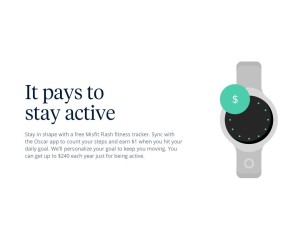 The company, also aligns its marketing strategy to its target customers market. By advertising in highly metropolitan areas and doing so with gimmicky ads, it attracts younger and technology savvy costumers. That in turn, reduces the company risk and costs because that demography is known to have a lower risk of getting sick. 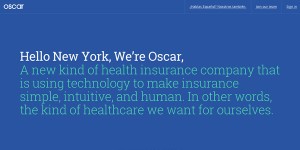 As seen, Oscar does a very good job of integrating a traditional business model with a completely new operating model. By doing, so the company has reached 40,000 costumers in less than 3 years and attracted lots of venture capital money. From its last fundraising the company is valued at more than 1.72 Billion Dollars. 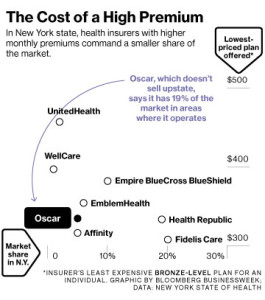 Allegiant Air Soars Above the Competition