London City (LCY) is the only airport located in London itself. Just seven miles from the City (London’s financial district), over 60% of its passengers travel on business, and over 40% hold a position of senior manager or above1. With such a high profile passenger, LCY’s management knows what their passengers lack and demand: time. This year, CEO Declan Collier publicly announced his goal to make LCY the ‘fastest airport’, with a walking distance of 20 minutes between entry and departure gate2. 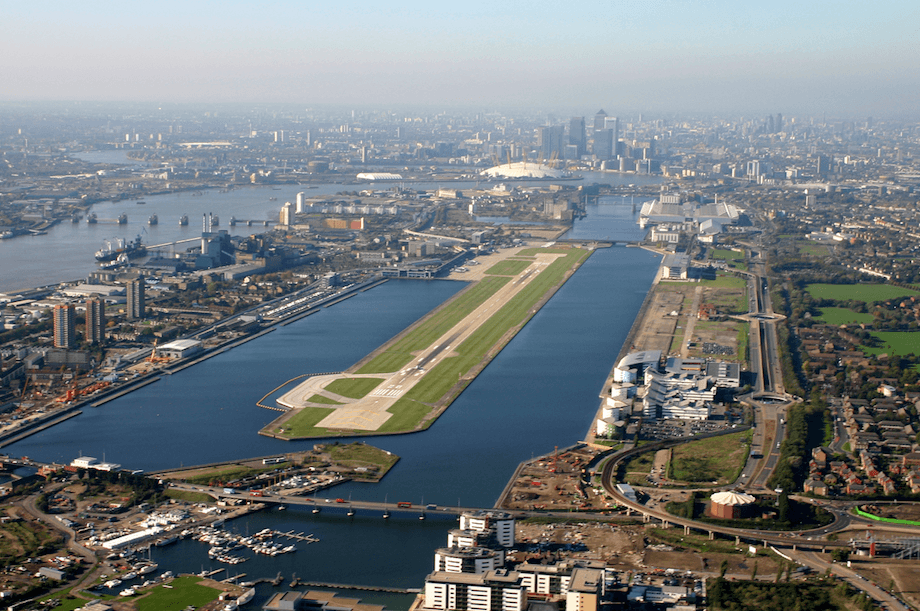 In line with those goals, the Technology Strategy Board, UK’s public innovation agency, awarded LCY a grant in 2013 to run an ‘Internet of Things’ (IoT) pilot3. The one-year pilot allowed management to get a glimpse into the full potential of IoT integration with their current infrastructures: from time savings and operational efficiencies, to driving top-line growth through targeted advertising in their retail operations.

LCY established a sensor network that captured data such as passenger location and flow patterns3. Information was then analyzed at a hub, prompting a response from the airport, which interacted with passengers at key touch points via an app that would release push notifications to their smartphones depending on their location, scheduled flight, and LCY’s level of operations.

For example, while in the cab to the airport, you could be perusing through the Duty Free catalog or the Starbucks menu, receiving offers personalized to your purchasing history. You could buy and select ‘at seat’ delivery to receive your order once on-board the plane. Moments after entering the terminal, your phone would also display a message informing you where to go for self-services of check-in and bag drop-off.

As you moved towards the security lines, the app would tell you which line was faster. Meanwhile, cameras would analyze volume and flow pattern of all passengers4, allowing LCY to predict and prevent longer queues. Furthermore, on the airside, GPS and 3G enabled devices would track airport equipment to ensure the fastest aircraft turnaround services and decrease delays.

Sky Is The Limit

LCY deemed the pilot a success, but its full potential was far from reached. Nowadays, IoT devices are already capable of much more5:

While IoT might improve our overall travel experience, there are major concerns surrounding this technology.

First and foremost, privacy is a concern for most of users. Corporations gaining access to personalized data might deter passengers adopting these advancements. Kaspersky Lab has also warned of potential phishing and hacking issues7, which might put LCY’s reputation and operations at risk. Understanding how to analyze, share and secure that data will be key. For that purpose, the Airports Council International is leading an initiative (Aviation Community Recommended Information Services, ACRIS) to set collaboration standards among entities in the industry5.

Second, terrorist threats and overall security in the post 9/11 aviation world will probably delay onset of these technologies, as added time pressure and need for adapted systems will play a key role in regulation.

Last, but certainly not least, airports and airlines should address the issue facing travelers around app overload. Under the ACRIS initiative, ACI is working on developing industry-wide functionalities that will allow passengers to receive uniform information through their preferred method or app5.

The capex required for airports to implement these technologies is substantial, and returns won’t be realized in the near future if the operators don’t adjust their business model to the new reality.

However, LCY has several ways to monetize this investment. Benefitting from quite an inelastic demand and an enviable location, LCY can afford and justify an increase in airline services fees (takeoff and landing, slots, navigation) and an update to lease agreements with retailers without losing any business. The whole supply chain will considerably benefit from this technological leap forward through increases in passenger satisfaction and commercial revenues.

Oh Deere! Plowing Ahead Into the Future

Student comments on London City Airport: Please arrive (at most) 20 min prior to departure