Marathoners say the race doesn’t start until the last 10km: that’s when our bodies (trying to look good here since I couldn’t ever reach that point) have basically consumed our carb deposits and we have no energy left to run. Likewise, in logistics, a huge burden is put on what the industry refers to as the “last-mile”.

The last-mile is, more generally, the last leg of the supply chain, which, experts say, accounts for 28% of total cost to move goods [i]. Why’s that? Well, first it’s in this stage that products are generally unbundled, taken from inside containers or pallets, and individualized in their own packages. Second, last-mile deliveries involve either moving in urban areas, and facing congestion or safety issues and restrictions, or in remote ones, where paved roads are non-existent or which may have suffered from disasters. Finally, this is generally the sole point of contact between supplier and consumer and where a lot of friction may occur as companies face inquiries and requests on how products should be delivered (“don’t ring the doorbell” is an example some of us may relate to). [ii]

A historic problem in logistics, therefore, the last-mile has faced even more challenges with the growth of e-commerce. As Rick Rover, Senior Vice President of Operations for Streamlite, an Atlanta-based shipping solutions company, puts it: “The supply chain’s been extended [because] of changes in consumer buying patterns. As people turn to the Web to purchase lighter-weight, less-expensive goods, and do so more frequently, the supply chain extends right to the mailbox.” [i]

Mercedes-Benz, the luxury auto-maker we all dream about, has decided to act on this front. The company partnered with American drone manufacturer, Matternet, to create a concept car they call the Vision Van. Here’s a picture of this beauty so you all can better visualize what I’m talking about: 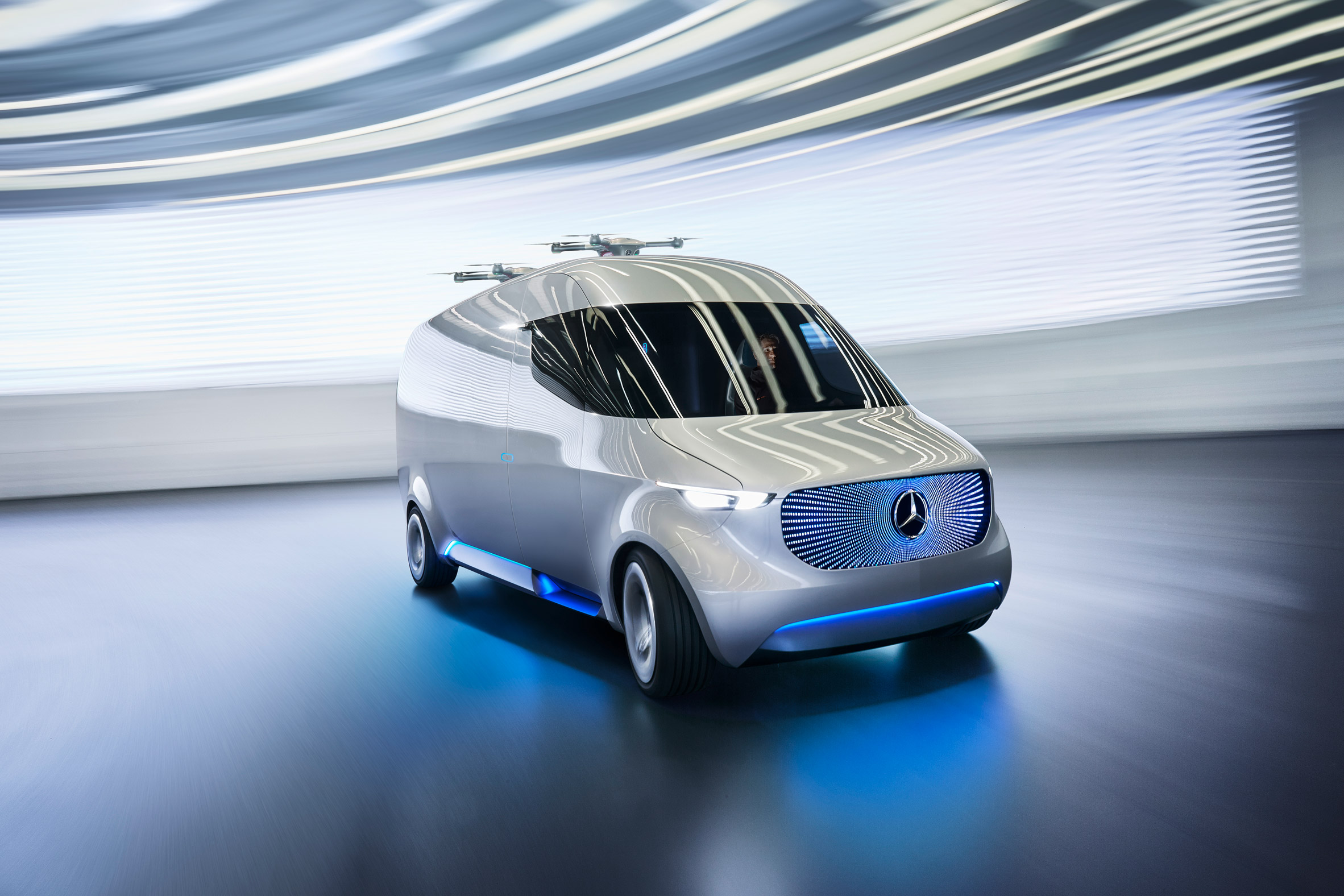 The first feature that stands out on the vans are the rooftops, which serve as a launch and landing pad for Matternet’s M2 drones, autonomous air vehicles that can pick up and carry a package of 4.4 pounds across 12 miles of sky on a single battery charge. [iii] 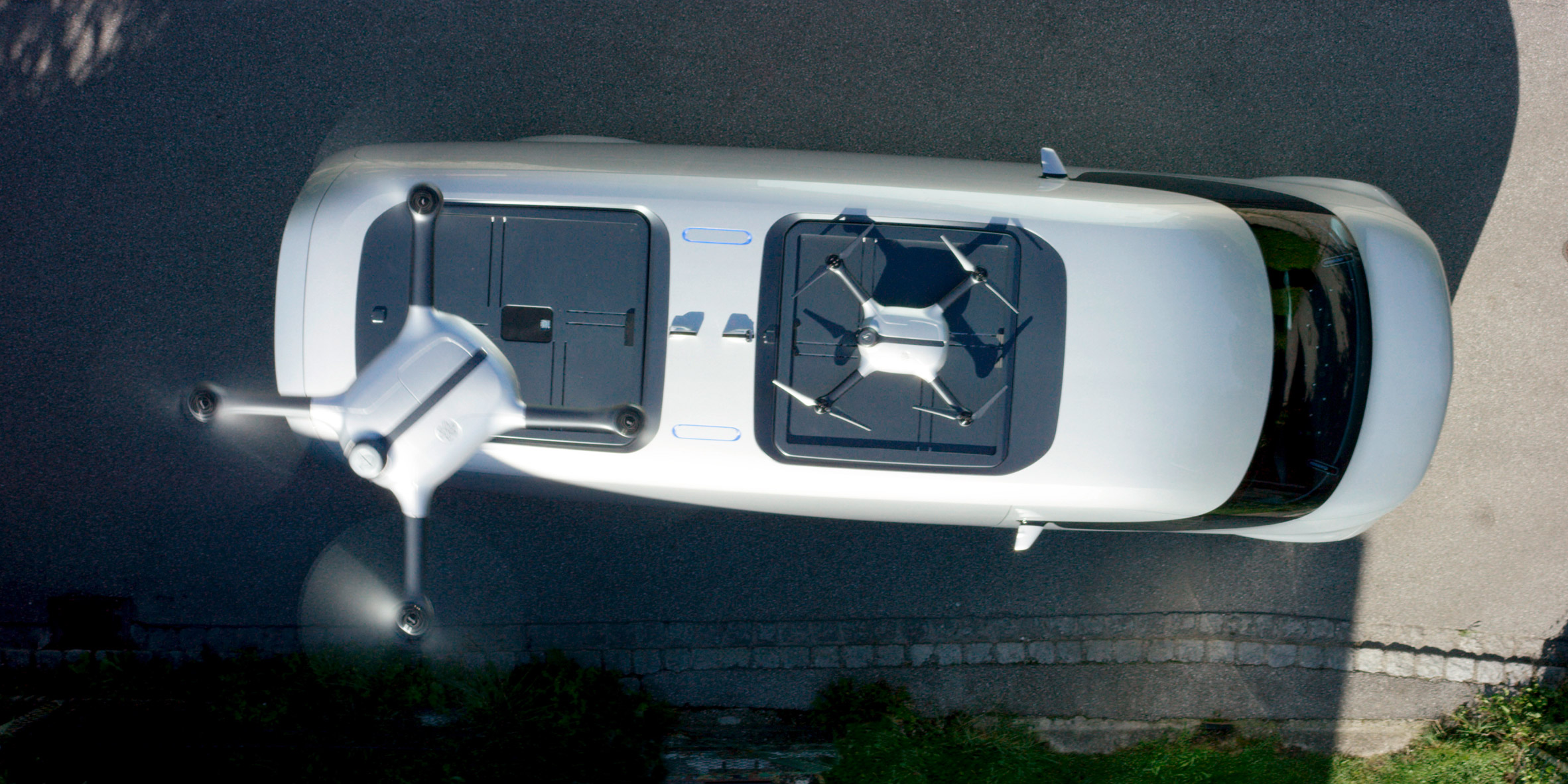 But the evolutions are countless, spanning from the design to the software that organizes deliveries:

Hence, there’s no doubt that Vision Van will make that last-mile shorter. The problem the company is facing, however, is on the regulatory front. The FAA, United States’ Federal Aviation Administration, for instance, limits drone use to visual line of sight, thus making their use in order fulfillment nearly impossible for the time being. [v] With such a disruptive product, Mercedes should focus its efforts on convincing lawmakers that the pros of an efficient, clean form of delivery are substantially greater than the threat to privacy in a world dominated by Facebook. That may very well be the one last mile the company must overcome to win this race.

You’ve Got Mail from @USPostalService

Smart Services in the City of Dubai

Student comments on Just one more mile to go…