While ancient Romans found philosophical truth in wine, modern society has found in wine truth of a different sort: scientific evidence of climate change. Researchers have tied dramatic shifts in the harvesting season of grapes over the past 30 years with the warmer, dryer summers that have resulted from climate change.[1] This sudden divergence from long-standing growing patterns will shake up the wine industry: up to 73% of land in some of the top wine producing regions may be unsuitable for wine production as early as 2050.[2] On the other hand, the changing climate is expected to make new regions—such as China—increasingly suitable for wine production.[3] 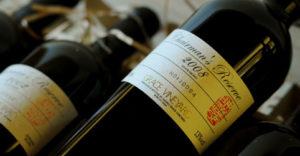 e Vineyard. Located in Shanxi province, it has been in operation since 1997 and is regarded as one of the top wineries in China.[4] As an early mover in Chinese wine production, Grace is well-positioned to expand production in a world that demands more Chinese wine.

While Grace stands to benefit from competitors weakened by climate change, it also will be subject to deleterious effects of its own. Wine grapes are extremely sensitive to temperature, humidity, and soil conditions. As climate change affects these factors, Grace will have to adjust its varietal mix to find grapes that will thrive under new or changing conditions. Luckily for Grace, unlike wineries with long traditions of grapes cultivation, Grace already has had the experience of developing its mix of grape varietals through trial and error to find grapes appropriate for the Shanxi terroir.

Building on its varietal sourcing experience, Grace should continue to plant a wide mix of varietals, while also keeping careful track of variations in soil conditions and seeking new land for vineyard expansion with the kind of soil that will produce optimal grapes given changing climate conditions. Grace can also hedge against unpredictable growing seasons by producing blends of multiple types of grapes, since different grapes are affected differently by climate conditions.[5]

Climate change may also put Grace’s relationship with local farmers at risk. Grace owns some vineyards, but also has cooperative agreements with local farmers who produce additional grape stock on farmer-owned land.[6] Farmers receive a minimum payment from Grace based on quantity produced, as well as bonuses for achieving quality targets.[7] 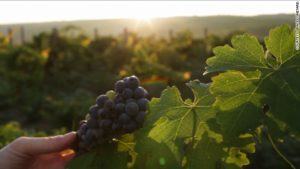 Increasing climate volatility will lead to less consistent grape quality. Scientists have found that changes in temperature and humidity have significant effects on the sugar and acidity levels of Cabernet Sauvignon and Merlot, which accounted for 39% and 29% of Grace’s grape production in 2012 respectively.[8] This is problematic for Grace not only because its inputs are at risk, but because its model depends so much on keeping the farmers satisfied with their incentives. Without the cooperation of farmers, Grace’s wine production would be severely limited. As arable land and water decrease, farmers will likely be offered increasingly large incentives to focus on food production. Grace needs to ensure that it offers farmers competitive incentives for grape production, even if the frequency of climate change-induced droughts or heatwaves increase and adversely affect grape quality. Grace might consider incentives tied to continued partnership in order to retain its farmer partners.

Not Such Bad News After All?

While climate change will add variability and uncertainty into the already temperamental wine industry, it will also provide opportunities for relative newcomers like Grace Vineyards to achieve global recognition. Now is the time for Grace to prepare for a world in which China is the new cultural center of the wine world.

The Education of a Reluctant Businessman

Student comments on In Vino Veritas?