Founded in Barcelona in April 2014, FirstV1sion’s mission is to develop products that bring the true reality of sports closer to the fans. To do this, the Spanish startup integrates the most advanced audiovisual and radio transmission technology into elite athletes’ jerseys. It is the only company in the world capable of transmitting an athlete’s point of view, live, during an official game[1]. So far, it had only been possible in Formula 1 and Mountain biking, by installing cameras in racers’ helmets. With its innovative clothing, FirstV1ision goes beyond these two sports, allowing other sports fans to become engaged with and directly learn players’ techniques. Intel named it one of the ten most interesting wearables of the year (2014)[2]. 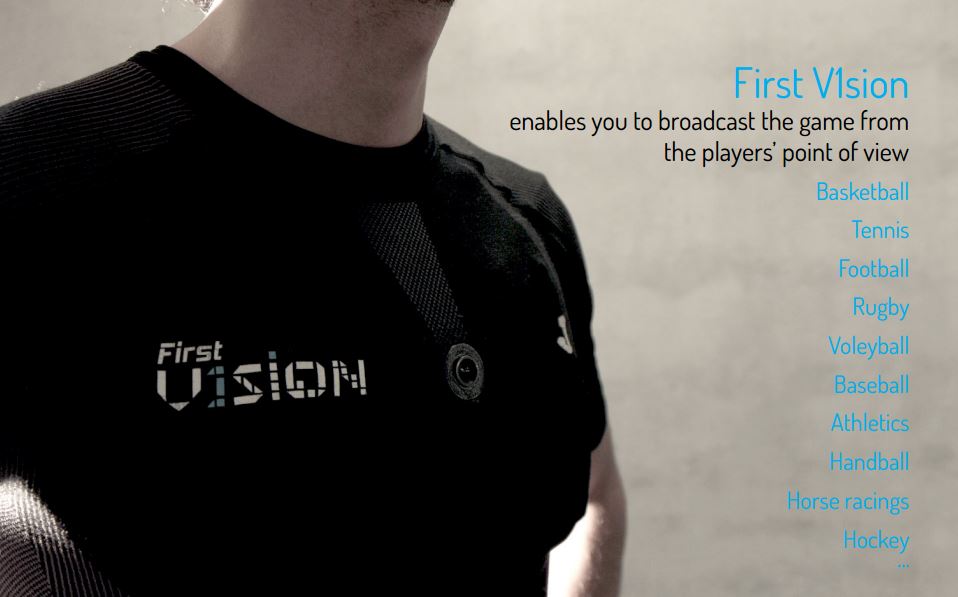 The sports industry presents some opportunities

The 2014 FIFA World Cup Brazil reached a global in-home television audience of 3.2 billion people[3], the last Super Bowl had 111.9 million viewers[4]…these and many other sports tournaments engage millions of people to watch their favorite sports players in real-time from home. FirstV1ision is taking it one step further by creating a unique and immersive experience that allows the viewers to position themselves in the players’ eyes. The audience numbers prove that it has great market potential.

In addition, the so called wearable technologies have allowed companies such as Fitbit or Garmin to modernize the sports industry while achieving highly successful results. Other small companies have entered the market by introducing smart clothing which incorporates sensors that track cadence, muscle effort and heart rate, among other metrics. However, none of these companies have yet launched a product like FirstV1ision’s. By being a first mover, FirstV1sion has a competitive advantage worth exploiting.

We might consider the sports industry to be innovative; however there is still much room for technology companies like FirstV1ision to elevate this industry to the next level. There are a number of challenges, though, that FirstV1ision needs to consider.

Considering the market opportunity and potential challenges, FirstV1ision should consider the following actions in order to thrive in the (cutting-edge?) sports industry:

The value of face-to-face in a digital world

Student comments on How to become the next Leo Messi