In 2002, when GameStop was spun off from Barnes and Noble, the video game industry looked very different than it does today.  High speed internet was still in its infancy, the Steam distribution platform, which today accounts for about 75% of PC game downloads, was still a year from creation.[i]  Traditional console and PC games were sold primarily through retail stores.

GameStop had a few major competitors at the time: EB Games, Best Buy, and Walmart.  In 2005, GameStop bought EB games, the only other major pure video game retailer which allowed it to take 25% of the video game industry retail sales during that year.[ii] By 2015, GameStop would become the largest physical game seller in the US, taking 45% of the market.[iii] However, a major trend in video game distribution was looming, threatening to upend GameStop’s dominance.

Two separate technological innovations have disrupted the traditional business model of video game sales – the rise of digital downloading due to build outs of high speed internet throughout in the USA and mobile smart phones, with the iphone in particular.  Both involve closed source – “walled garden” – approaches to video game sales, eliminating the need for physical retailers such as GameStop.

In 2003, Valve, a video game developer at the time, created the Steam digital download platform for PC games, just as high speed internet became mainstream in the USA (See figure below for USA broadband penetration by year). Steam allowed developers to skip traditional retail channels for PC games, save costs on distribution and COGs while allowing customers to purchase and play games without ever leaving their house.  While GameStop has attempted to respond to open source PC market through acquisitions of digital distribution platforms[iv], they are unable to do that for “walled garden” consoles.  Today, console game digital download penetration only continues to rise as hard drives and online stores have become standard in consoles. This year, Ubisoft, a large publisher, showed download penetration of their console game sales up to 26% from 19% last year.[v] 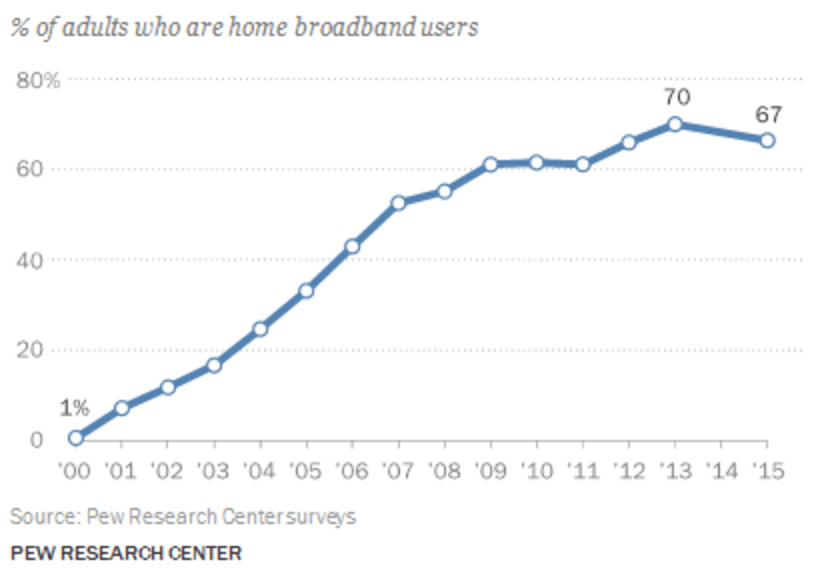 In 2008, Apple launched the app store and with it, digital downloads of mobile games, skipping traditional distribution channels and using hardware (iphones) which GameStop did not sell or service.  In 2016, mobile game sales are projected to surpass traditional console games sales for the first time.[vii]  As opportunities for video game sales growth for developers go mobile, investment in new games and marketing for traditional games has begun to slow down.  The chart below shows the declining physical video game market from its peak in 2008 to today. 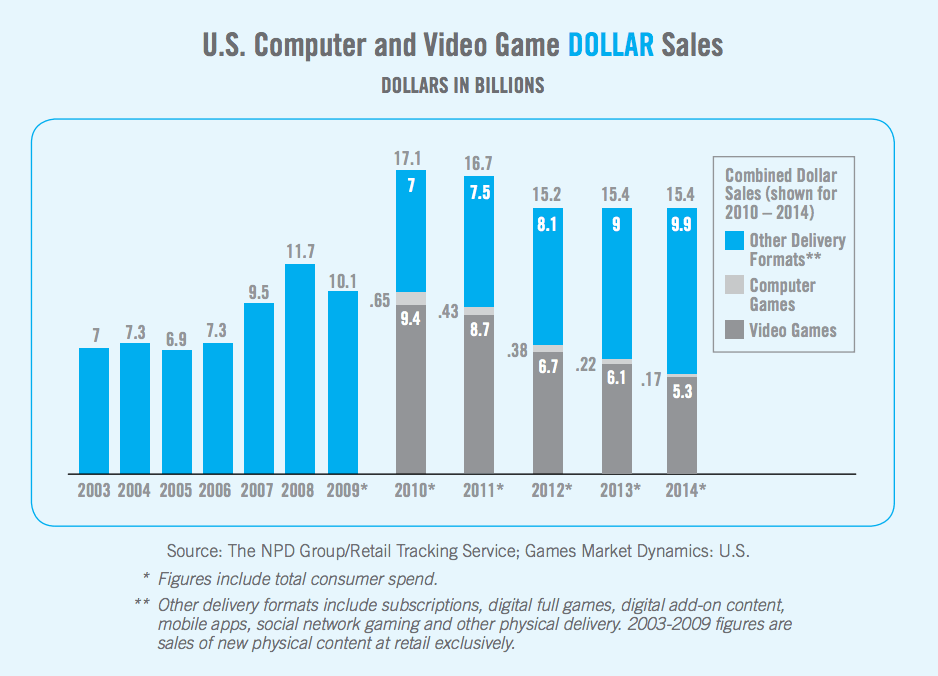 Can GameStop Defend Their Model?

Long gone are they days GameStop could simply sell games. Even without digital disruption, game companies have kept the purchase price of the stand-alone games and consoles basically the same over the past decade, leading to declines in price based on inflation.[viii] Games now come with DLC (downloadable content), season passes and many other types of post-purchase add-ons, increasing the lifetime price of a video game.  In 2014, GameStop made $724M selling those add-ons and needs to increase this going forward.[ix]  GameStop needs to defend their business model through exclusive content, as they have done with Call of Duty.[x]  They also need to take a piece of mobile revenues, which can be done by converting cash from teenagers, who typically lack credit cards, into mobile currency.  GameStop can partner with major developers such as King and EA to create bonus conversion deals in store to foster this transaction.

GameStop also needs to do more to entice customers into their store.  In the past, selling used games, guides and add-ons was enough, but they also need to create better experiences, especially around new trends in gaming, such as eSports, which will be worth over $1B next year with double digit growth rates[xi].  They can be on the forefront of merchandising team gear, and engage with eSports fans through GameStop sponsored tournaments.  GameStop needs to be a place customers want to go for experiences, similar to that of an Apple store, and thus should look at new hardware, such as VR, to help drive new customers looking for the latest trends.

Finally, GameStop should monetize the move towards retro gaming among millennials.  Nintendo released a $50 NES system (originally released in 1985 in the US) this holiday season which sold out almost instantly[xii].  Retro gaming also takes place with buying and selling old cartages, discs and systems.  While GameStop currently is a major player in the used video game market for modern systems, they should focus on monetizing the increasingly lucrative retro market.

Overall, the challenges facing GameStop will force them to innovate and change, however only time will tell if they can successfully survive this tumultuous decade of disruption.

Student comments on GameStop in the Age of Digital Distribution