Climate change is happening – the facts are undeniable. However, what isn’t so certain is how quickly governments and private markets are going to do anything about it. In this game, finding success is all about the timing.

Let’s back up. Currently, energy is pretty cheap with oil at ~$45/bbl.[1] However, given the recent democratic administration, the U.S. has already started to pass legislation regulating CO2 emissions. In 2015, the U.S. enacted the Clean Power Plan (CPP), which primarily imposes higher taxes on states relying on non-sustainable energy sources.[2] The CPP and carbon credit incentive plans are starting to make sustainable solutions look much more attractive to companies across the country. While some feel that regulation will do little to change energy demand,[3] many companies have responded by creating sustainability programs or exploring other carbon reduction techniques to get ahead of the changing landscape. However, some companies are way ahead – companies like Tesla.

Tesla’s business and operational model are dependent on this trend, and they are betting that the world is about to change in a big way. Tesla currently designs, manufactures, and sells electric cars, solar panel roof shingles, and the Powerwall – an advanced battery pack designed for home and commercial use.[4] It may seem as if Tesla is perfectly positioned for the upcoming wave of new sustainable energy demand. There’s only one big problem – cash.

Tesla has been plagued with cash issues since its inception, and has yet to turn a consistent profit, ending 2015 $717M in the red.[5] In Q3 2016, it looked as if they had taken a turn into positive free cash flow territory, but under closer inspection it seemed as if the cash flow was only due to an extension in payables, and Tesla is still “the same capital hungry business it’s always been.”[6] Many of these operational issues manifest themselves in the company’s consistent production backlog. In Q2 2016, the company failed to their predicted numbers of 17,000 cars shipped, coming in at only 14,370: [7]

Even given these issues, Tesla has already made great progress in altering its operating model to find profitability. In 2013, one analyst praised Tesla for acknowledging their production challenges and taking appropriate steps to increase production rates by 25%.[8] More recently in 2016, Tesla has fully embraced operational innovation. Currently producing all of its cars in America, Tesla is challenging a decades old assumption that U.S. based manufacturing can’t be cost effective. To achieve this, they are embracing true vertical integration. Current plans are to build a “supplier park built in the immediate vicinity with a focus on large, heavy parts with extensive variations.”[9] Taking the strategy a step further, Tesla is amid construction of a large battery factory in nearby Nevada, the Gigafactory, which will be able to build batteries for up to 500,000 cars annually once fully operational.[10] 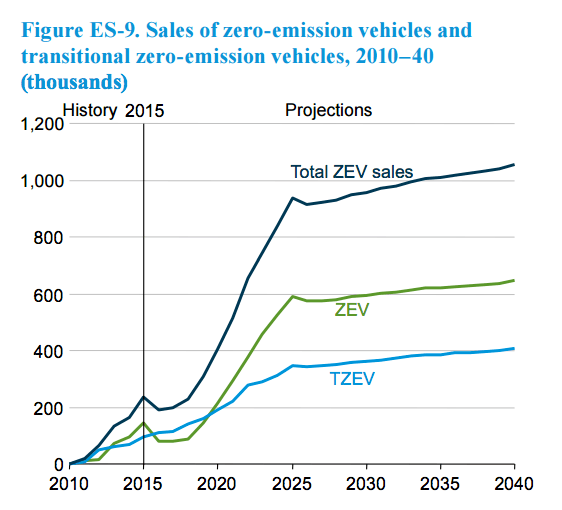 On the surface, it seems that Tesla is scaling appropriately given forecasts, but what if there are any production delays, as Tesla has been plagued with in the past? How could timing errors affect the prospects of the business? I see two potential outcomes, both with inherent challenges:

Case 1: Tesla ramps up production and demand is lower than expected.

Challenge: Sales are too low to recover large fixed costs. Not enough demand to negotiate low prices with suppliers.

Case 2: Tesla ramps up production and demand is higher than expected.

As onerous as this challenge may seem for Tesla, there does seem to be hope for the future. Timing plays a huge role in this puzzle, as production deviating from the forecasted demand in either direction could spell disaster for the company. However, there are a couple strategies I see that Tesla can employ to give it the highest chances of success.

First, Tesla could double down on vertical integration, attempting to lower costs enough to achieve profitability at small production volumes. This way, even if they can’t achieve scale, at least they will be profitable. Second, they could explore partnerships with other large automobile manufactures to find cost savings until demand rises. Additionally, the partnership could ease the economic pressure on company given that some type of financial deal is struck.

While it may seem that Tesla is perfectly positioned to capitalize on climate change, the behemoth that is the auto-industry will not fall lightly. Let’s just say, I’m sure Elon Musk is spending an inordinate amount of time perfecting his demand forecasts and mastering timing – his company depends on it.

Sustaining My Buzz – Readying a California Vineyard for Climate Change

Student comments on For Elon Musk and Tesla, the Future is All About Timing