As technology innovations emerge at a rapidly increasing pace, many organizations are embracing the concept of “open innovation,” reaching outside their own walls to seek new ideas from collaborators, competitors, or their own users. As scholars Karim Lakhani and Jill Panetta noted, “the essential knowledge problem that faces many enterprises today is that in any given sphere of activity, most of the pertinent knowledge will reside outside the boundaries of any one organization…those charged with the innovation mission is to find ways to access that knowledge” [1]. Moreover, Lakhani and Panetta emphasize how critical users can be as sources for innovation and change as “they experience novel needs well ahead of manufacturers” [2]. While many companies have taken this to heart, organizations in the transportation sector have traditionally taken a “tops-down” approach. When building complex transit systems that carry passengers between a variety of pre-planned points in a city, government agencies often focus on infrastructure, costs and regulation; crowd-sourcing ideas from users is not top of mind.

New app-based transportation services are changing that notion, bringing open innovation to the sector. One example is Chariot, a crowdsourced commuter shuttle service that started in San Francisco in 2014. Chariot offers a fleet of 14-seater vans that aim to “solve commuting” by improving the rider experience and addressing service gaps ignored by existing transport solutions. Riders purchase tickets through an app, guaranteeing them a seat and offering a more pleasant experience than squeezing into a crowded bus. Perhaps most importantly, Chariot crowdsources information from their riders to help inform their routes and ultimately co-create their product. 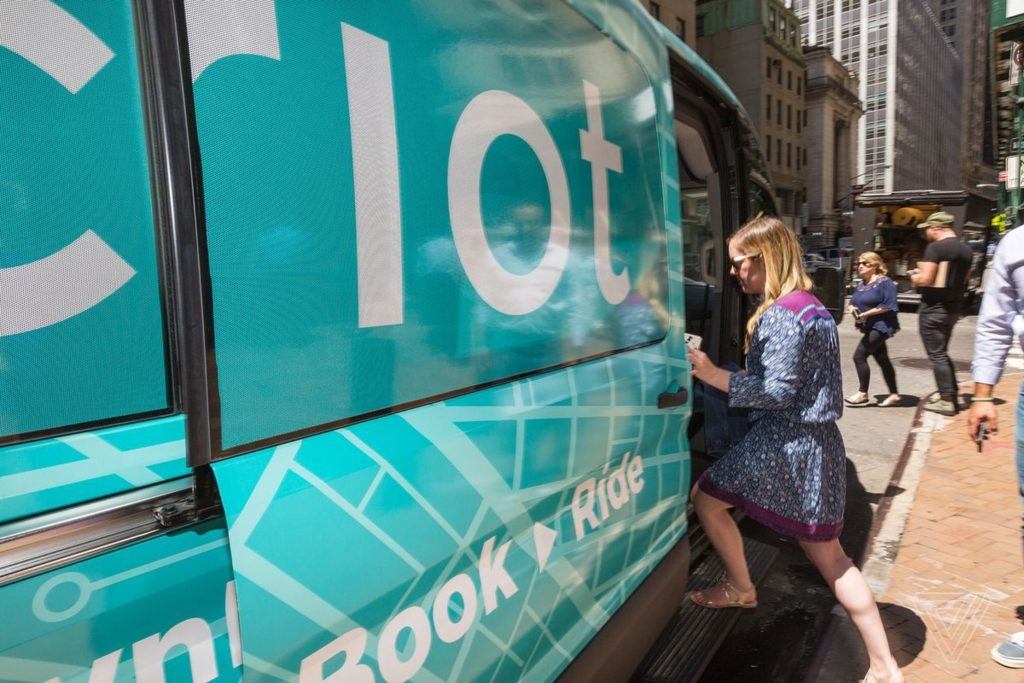 Chariot does this in two ways: firstly, they use algorithms to develop transit routes based on user demand; secondly, they directly ask riders to pitch and vote on new routes.  If a proposal gets 49 supporters within a month, Chariot can launch the new route within a week [3]. Chariot’s founder Ali Vahabzadeh summarized the importance of crowdsourcing to inform product development: “Why are we standing at the table, master-planning what the second, third and fourth route should be? We should just let the public tell us what the next service area should be through a popularity contest” [4]. Crowdsourcing also allows Chariot to be intentional and quick to market with new commuter routes. Co-creation with their users eliminates unnecessary time or money spent researching or testing routes; rather, they give their customers the routes they want and will thus very likely use. Crowdsourcing information also allows Chariot to iterate quickly, making service changes or filling gaps in real time—something traditional transport agencies cannot do.

In the short-term, Chariot’s leadership team hopes to leverage their crowdsourcing approach to product development to reach a broader customer base. Today, most of Chariot’s riders are wealthier, tech-savvy urbanites [5]. In the next few years, Vahabzadeh wants to include more customers who lack credit cards, bank accounts and smart phones: “We want to be a solution for 100 percent of consumers, not just people who can afford a smartphone and a bank account” [6]. Longer term, the Chariot team hopes to use their success with open innovation to develop partnerships with governments and cities. Beyond offering faster and more agile transit solutions, Chariot can provide crowdsourced data that will help cities get smarter over the next ten years, laying the groundwork for flexible innovations that will better serve the transportation demands of their inhabitants [7].

In mid-2016, Chariot was acquired by Ford Smart Mobility, a subsidiary of Ford Motor Company. For Ford, Chariot is the “cornerstone of its shuttle and mobility programs in cities going forward”; for Chariot, Ford’s expertise and resources provide the “ability to ramp up quickly and increase the pace of expansion” [8]. Since the acquisition, Ford has expanded Chariot to 10 additional cities, including Austin, Detroit, New York and London [9]. While this partnership offers synergies for both companies, Chariot should be careful to maintain crowdsourcing as a critical component of product development as they quickly enter new markets with new consumers who have unique commuting challenges. Additionally, Ford might consider how to incorporate crowdsourcing into its more traditional products—particularly as trends such as growing urbanization and self-driving cars are poised to disrupt vehicle ownership.

Despite Chariot’s success thus far, open questions certainly remain around the future of crowdsourcing and innovation in the transit space. Should larger, more traditional transit companies (e.g. Ford) adopt Chariot’s approach to co-creation with their users? Should transit agencies run by the government adopt such an approach? In what instances should crowdsourcing be avoided? Turning to Chariot’s future: as more innovative app-based transportation solutions (e.g. rideshares) come to market and gain popularity, can open innovation help Chariot maintain its foothold? (781 words).

Applying Machine Learning for the Common Good – Is it Always Worthwhile?

Can an algorithm replace “the pill”?