Excess Food + Community > Hunger
The Robin Hood Army is a volunteer driven organization, which collects excess food from restaurants and gives it to the less fortunate of the community across 53 cities. The team has expanded through a decentralized, hyper-local model, which serves the local neighborhood.

The volunteers are young professionals and students who contribute in their free time. The Robin Hood Army launched in Delhi, India in 2014 with a food drive serving 150 people; with a stringent no-funds policy the organization has currently served food to 4.2 million people through a network of 12,500 volunteers. The operations of each chapter are self-managed: each local unit has an Uber-esque core team which oversees basic operations, restaurant on-boarding, social media presence, and volunteer management. 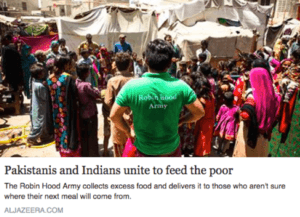 The Robin Hood Army has scaled through various zero-cost modes of digitalization – reaching out to a wider audience through social media and YouTube TED talks, rigorously tracking growth metrics on Google Docs, and coordination of food drives and knowledge sharing on WhatsApp groups!

Is this the final solution?
While embracing social media and grassroot digitalization has been the binding force behind the Robin Hood Army – the impact is still barely scratching the surface of the global hunger problem. There are 794 million malnourished people in the world; conversely a third of the food produced get wasted and thrown away. The problem has never been a lack of food – but access to food. 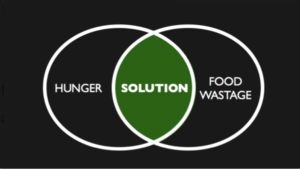 Digitalization is the Robin Hood Army’s engine to grow its impact, but the speed of adoption can potentially come in the way of the organization making a real difference to global hunger. The Robin Hood Army has reached a phase, where it needs to transit from a project fueled by passion and energy, to a data-driven, tech-enabled platform, which can expand seamlessly.

How does the Robin Hood Army plan to grow its impact exponentially?

Over the last few months the team has launched into hyper expansion mode focusing on defined levers:

While the team focuses on the global hunger problem, there are a couple of questions, which routinely crop up:

Huffington Post, August 14, 2017, “The Robin Hood Army Is On A Mission To Free 1 Million People From Hunger This Independence Day”, [http://www.huffingtonpost.in/robin-hood-army/photoblog-the-robin-hood-army-is-on-a-mission-to-free-1-million_a_23076429/], accessed November 2017.

Elon’s missing ingredient: the human and political challenges of Tesla’s supply of Cobalt

Student comments on Beating the Global Hunger Crisis through Digitalization