Each year, ~70% of the world’s trade is moved by ship1. Despite incredible advances in technology, the primary means of moving goods is little changed since the days of Christopher Columbus.  However, there may be a breakthrough on the horizon fueled by an unlikely candidate – climate change. Rising temperatures have wreaked havoc on Arctic sea ice, which has some people dreaming of shorter journeys between trading hubs.

What is the opportunity?

A recent study by the University of Reading found that over the next decade, Arctic sea ice volume is likely to shrink to ~50% of 1985-2000 averages. The result – open channels near polar landmasses and thinner ice across the pole. Why does this matter? Artic trade routes could reduce shipping time from Europe and North America to Japan by ~33% (or two weeks), reducing costs and the burden on global supply chains2. 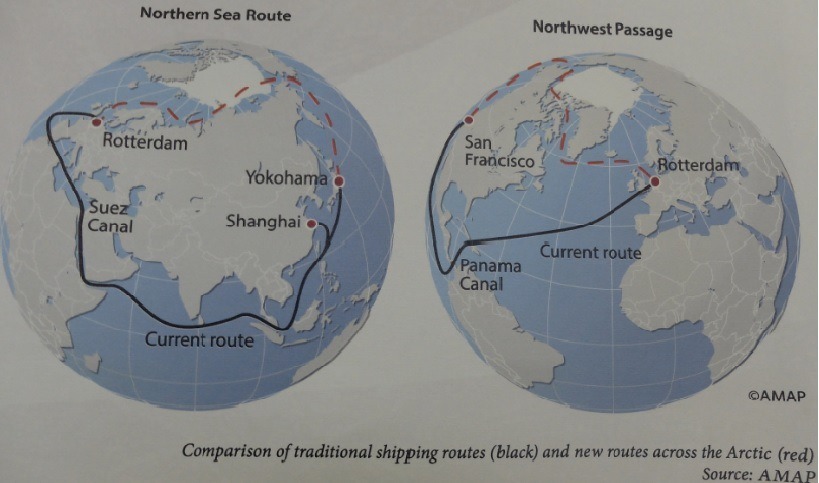 Who has skin in the game?

It is difficult to discuss shipping without mentioning Maersk Line. The Danish shipping giant is the largest in the world, operating a fleet of more than 600 vessels representing ~15% of global capacity3. In an industry plagued by low margins and intense competition, they have been able to use their scale and resources to maintain an edge on the competition by investing in new ships and new technologies.

The most recent innovation, tied loosely to climate change, has been a new class of larger and more efficient container ships. The EEE ships (Efficiency, Economies of Scale, and Environment) are the largest in the world. They are also amongst the slowest. In order to achieve ~20% reductions in fuel burn and emissions, the ships have been designed to cruise more slowly to reduce wasted energy.4 Maersk has been able to leverage its scale and infrastructure to reduce delays in ports and canals resulting in cheaper shipping in a competitive timeframe.5

Should Maersk be concerned?

Each EEE class ship costs Maersk ~$200M to build6, and represents a significant bet that slower speeds and fuel related cost savings are the way of the future. But will that bet pay off if competitors begin shifting their operations to the Arctic?

The two greatest contributors of variable cost to maritime shipping are fuel burn (~46%) and port & canal fees (~21%)7. As discussed above, new routes are expected to reduce journey lengths by ~33%, which should translate to equivalent reductions in fuel burn. Those savings would outpace what Maersk has been able to achieve with the EEE class by more than 50%.

But perhaps the more interesting savings comes in the form of canal fees. In 2016, the average fee to transit the Suez Canal was ~$465K8. While large at face value, it is stunning when compared to an average annual operating cost of ~$15-20M7. In a world where the average ship could transit the Suez Canal 10+ times, switching to Arctic routes could save as much as ~33% of total operating costs. 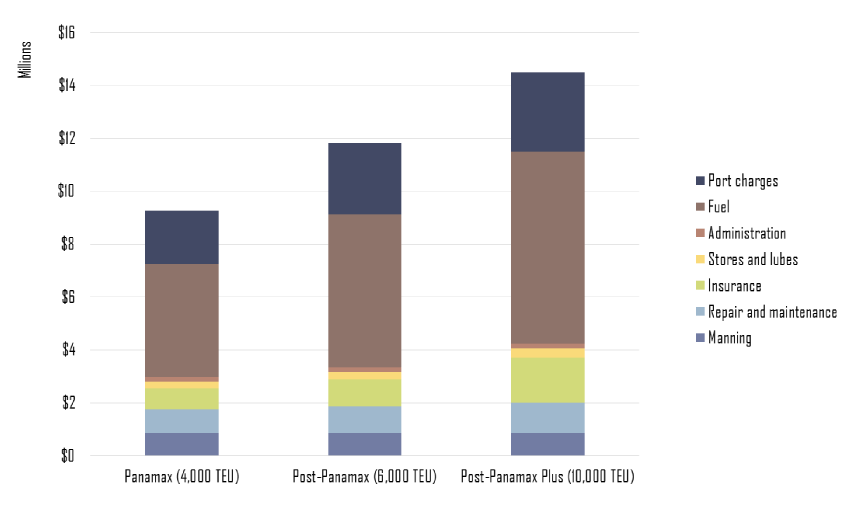 How is the market responding?

Arctic shipping reached a peak of 71 voyages in 20139. When compared to the ~17K trips through the Suez Canal10 that number seems trivial. There are many potential explanations for the relatively low adoption, ranging from lower fuel prices to higher insurance rates. Most recently, the Copenhagen Business School released a report that proclaims Arctic shipping won’t be economically viable until 20402. Maersk seems to have bought into that sentiment, and hasn’t changed its public position since they declared Artic shipping a “long-term” opportunity in 201311.

But there is also a sense that change may be on the horizon. China, which has been ramping up investment in northern latitude resources, recently made a public push for more of their ships to use Arctic routes12.  They are also beginning to increase pressure on Canada to lessen restrictions on the Northwest Passage (which Canada claims as its territory).13

Russia, the country with the largest Arctic coastline, is also making significant advances. This spring marked the first time that an ice-breaking tanker (owned by OAO Yamal) visited a Siberian port. The Russian government hailed the journey as a significant milestone, and expressed optimism that Arctic traffic will increase as more petroleum production is brought online in the region later this year.14 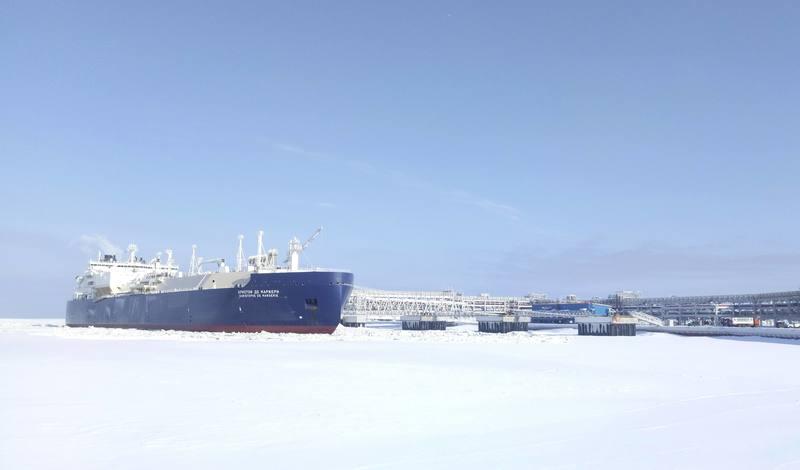 As we look ahead, it seems paramount for Maersk to keep an eye on developments in Arctic shipping. Will the economics remain attractive? Will businesses continue craving more predictable supply chains? Will diplomacy keep pace with new trade routes?

Russia and China are poised to lead the charge, but Maersk should aim to retain their position as a leading innovator in the shipping industry. I would be keeping a close eye on OAO Yamal as they enter this new frozen frontier with their new fleet of 15 ice-breaking tankers15.

Reliance on Robots and Automation in the Hospitality Industry: An Oxymoron?

Getting personal: What digitization and customization mean for Nike’s supply chain

Student comments on Arctic shipping: A new way to capitalize on climate change?