The Intergovernmental Panel on Climate Change has shown that there will be severe implications ecologically and financially if the world does not make immediate changes to stabilize global temperature to less than 2°C of pre-industrial levels by the end of the 21st century.[1] Although the seriousness of the effects of climate change are becoming increasingly undeniable, there is a lack of globally agreed upon solutions. With 25% of greenhouse gas emissions coming from fossil fuels used to generate electricity and heat [1], energy distributors can expect to see increases in federal regulations, such as the Clean Power Plan, to reduce carbon pollution from power plants.[2]

Duke Energy (DE), an energy company providing electricity to customers in the Southeast and Midwest regions of the United States, is working to reduce their carbon footprint by expanding their natural gas and renewable energy segments, investing in “smart grid” technology and carbon capture research, and decommissioning old, inefficient coal plants.[3]

Their expansion into cleaner and renewable energy is demonstrated by their 2016 acquisition of Piedmont Natural Gas, which will triple their natural gas customers to 1.5 million, and their involvement with the Atlantic Coast and Sabal Trail Natural Gas Pipelines.[4] DE is expecting to have invested roughly $7 billion in wind and solar projects by 2020.[4] Their 2014 and 2015 environmental performance metrics show that DE has decreased their electricity generated from fossil fuels by 6% and increased carbon-free production by 6%. Additionally, production of electricity by solar and wind has increased by 14% (figure 1).[5] [6] 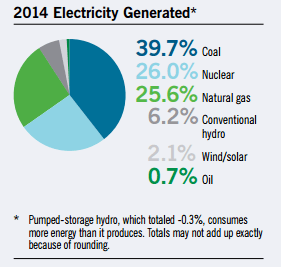 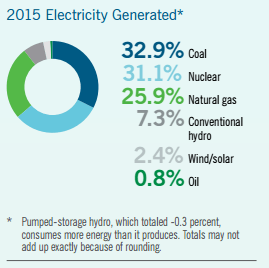 DE is utilizing digital technology to improve the efficiency of electricity delivery from substations to customer homes. This improves the company’s ability to connect with renewable energy resources such as solar and wind power. It also provides customers with information on household energy usage, allowing them to better control their energy consumption. This will decrease the customer’s bill while also decreasing DE’s capacity needs.[7] The International Renewable Energy Agency has indicated that the benefits of smart grid technologies outweigh the costs. They reference a 2012 US study by Rudden and Rudden that showed that the benefits of investments in sustainable technologies have a net present value of $20-25 Billion. They also express how issues with fluctuating sources of energy (i.e., wind and solar) can be mitigated with technologies like smart grids that provide control over how and where electricity is sourced.[8]

DE is also conducting an ongoing decommissioning of older coal plants and replacing them with more efficient, advanced plants. They are supporting research with algae, and whether it can be utilized to reduce CO­2 emissions by coal power plants. DE has submitted applications to the Nuclear Regulatory Commission (NRC) to construct new nuclear power plants which would provide local jobs and tax revenues.[3] These initiatives appear to be in response to climate change and in preparation for future CO­2 emission reduction requirements. While there is still much work to be done, the reduction in US CO­2 emissions by 25% between 2005 and 2015 [4] is a step in the right direction.

Taking Action for the Future

DE should focus on partnering with companies attempting to create innovative technologies in renewable resources. DE is limited by its inability to install traditional wind technologies close to more populated regions to reduce the difficulty of transferring excess power over long distances. They should increase partnerships with companies such as Sheerwind who developed an omni-directional air intake system that is cheaper, more efficient, and more adaptive to different geographies (figure 2).[9] [10] Other fruitful partnerships could come from GE and Tesla who have both made strides in battery storage and solar power on a city and personal home scale, respectively.[11] [12] Through these partnerships DE can be a role model for other energy suppliers and have a leading voice in the fight against climate change. 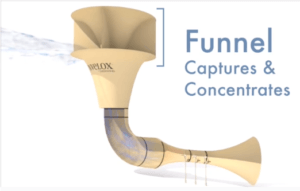 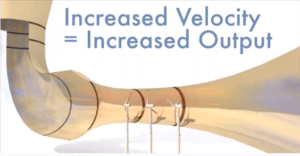 What can Nigeria learn from Olam’s climate change program?