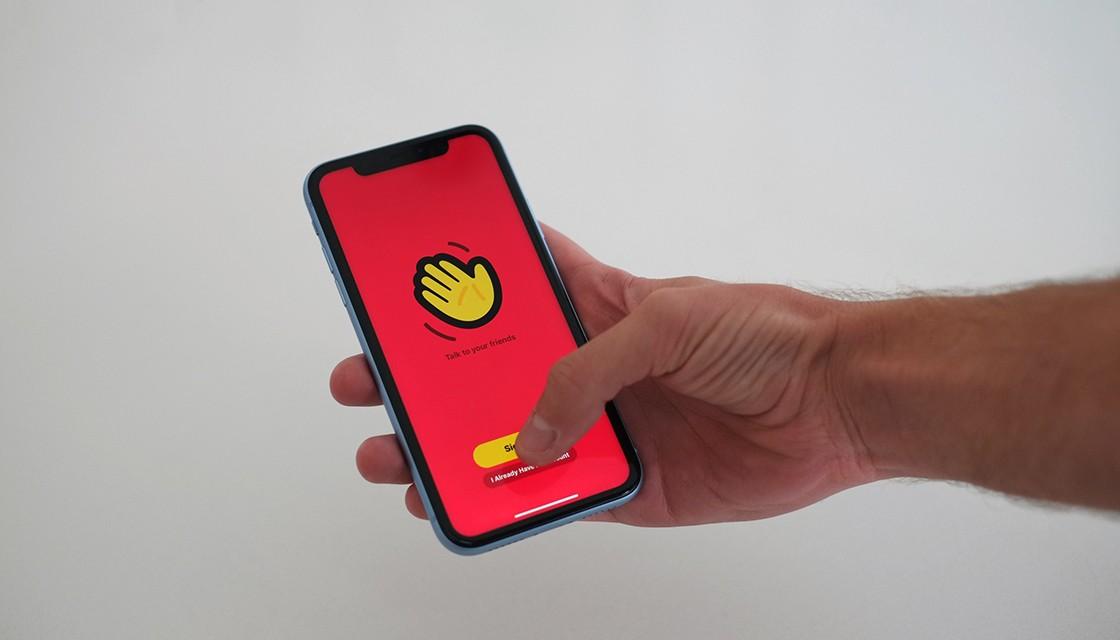 Houseparty is a cross-platform mobile and desktop social networking app, which allows up to eight users to video chat simultaneously. The app was developed by Silicon Valley startup, Life on Air, Inc. in 2016 and raised $52 million in venture capital funding from top firms including Sequoia. At the time Houseparty was poised to be the next big social networking app. However, over the last few years, the app had drastically declined in popularity and success, with 2.3 million daily users in December 2016, which dropped to 1.1 million users in December 2018.

The recent COVID-19 pandemic has resulted in governments enforcing lockdowns and social distancing orders. The situation has left individuals isolated, keeping them from visiting friends and loved ones in person, resulting in increased consumer demand for video chat apps.

Houseparty’s user base mainly consists of teenagers and young adults (60% of users are younger than 24 years of age) and the company’s management was adamant that they did not want to adopt an advertising business model. However, since the app is free to use, the company had not been profitable. In 2019, Houseparty partnered with popular app, Heads Up! (a charades-like game) which was co-created by Ellen Degeneres and Warner Bros. Entertainment and was acquired by creators of Fortnite, Epic Games. This change led to the adoption of a freemium business model, relying on in-app purchases.

Users who play Heads Up! through Houseparty would be able to play the first three games for free before being charged $0.99 per game. The new model also includes other in-app purchases while the core group video chat features remain free.

Competition around group video chat is fierce. Apple’s Facetime and Facebook’s Bonfire both introduced group chat capabilities. However, Facetime requires all users to be using an iOS device, and Bonfire shut down after an early global test. How about professional platforms like Zoom, WebEx and Skype? While these are also very popular options and are the video conferencing systems of choice for working professionals and for scheduled meetings, they aren’t the best option for a casual chat among friends.

Houseparty is different— it can be described as a Facetime meets Zoom meets trivia-style app. Its cross-platform interface makes it a great alternative to Facetime for those who do not use iOS devices. Housepartyconnects to the user’s contact list and existing social networks. Opening the app indicates that you are available to talk and displays a list of friends who are also online, which allows for an immediate connection. A group chat is referred to as a “house” and if the “door” is left unlocked, friends of friends can enter the chat. This creates an element of spontaneity, which doesn’t require meeting IDs or scheduling like Zoom. Houseparty is not just a group chatting app, but a face to face social network. It offers a more organic way to communicate and the playful and informal approach resembles real life.

Houseparty has grown dramatically in response to the effects of the COVID-19 pandemic. In March 2020, there were a total of 17.2 million downloads, compared to 533,000 in February 2020 (an increase of 2902%). There was a 500% increase in the number of times the app was downloaded between the week commencing the 2nd of March to the 9th of March.

Houseparty’s revenues were $17,000 in February 2020, which increased to $155,000 in March 2020. However, partway through March, Epic Games announced that due to the pandemic, they would make add-ons free, so it is difficult to tell how much revenue Houseparty would generate if they continued to charge for in-app purchases during their meteoric rise, especially since half the users are playing the in-app games. 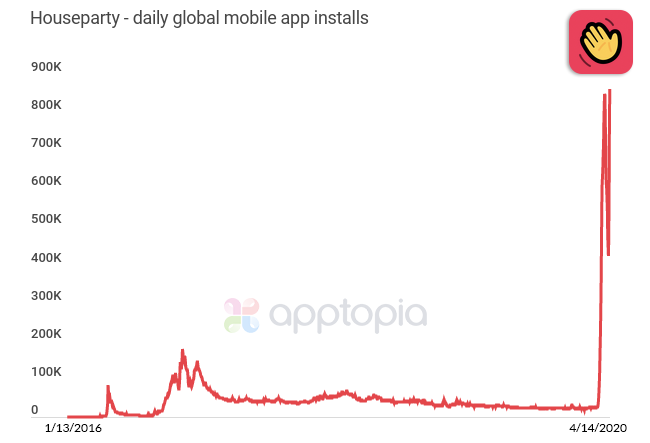 Houseparty is the sixth most downloaded overall app in the US while holding the number one spot in 16 countries including the UK, New Zealand, and Canada. To put things in perspective, Houseparty was ranked 1143rd on New Zealand’s Apple app store on the 17th of March, and six days later it skyrocketed to first place. Within the social category, the app is the number one app in 82 countries including the US. The average daily use time during the pandemic is 80+ minutes which has increased from 55 minutes.

While Houseparty has shown tremendous success and popularity during the COVID-19 pandemic, they must capitalize on the generated network effects in order to continue their success once the pandemic is over and we go back to our regular lives.

While the app’s user base expanded from its typical Generation-Z cohort to older users, the concern is whether the adult users will continue to use Houseparty once they are out of lockdown and returning to work and socializing in person. 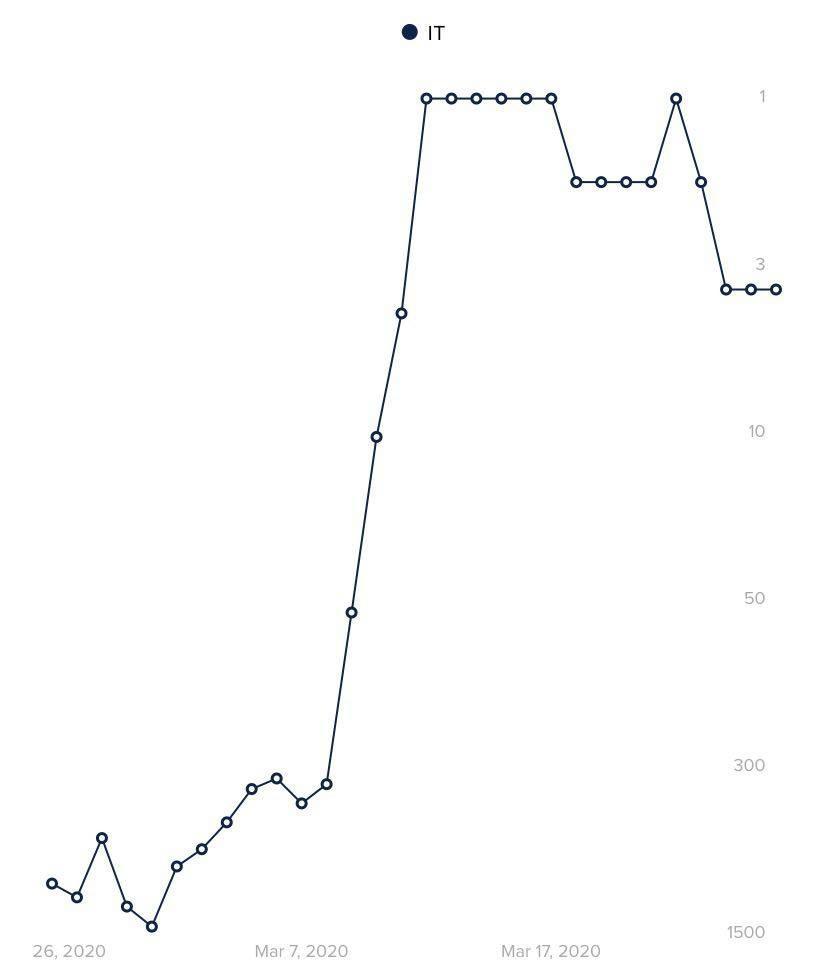 We can use the example of Italy to forecast the future: as the rate of infections slow and lockdown measures are reduced, Houseparty’s popularity is also declining. The app held the number one spot in app stores in mid-March, whereas it has dropped to fourth in the current rankings.

Houseparty’s unique product is cross-platform (unlike Facetime) and is easy to use and informal (unlike Zoom) and has the added bonus of games and trivia. Houseparty must capitalize on this and continue to grow. Potential solutions are creating partnerships as it has done previously. For example, integration with Spotify or Netflix would allow for more group music listening or watching shows/movies together (like a real house party or social gathering). In addition to this, Epic Games could integrate with its other products, such as the very popular Fortnite. This could certainly help revenue generation due to cross-side network effects.

Whatever happens, Houseparty needs to show its users that even in the absence of social distancing, their product is essential and not easily replicated.

Airbnb vs COVID: The battle for community and connections!

Student comments on “Zoom by Day, Houseparty by Night”