Roku was spun out of Netflix in 2008 as a standalone hardware company. Netflix was originally 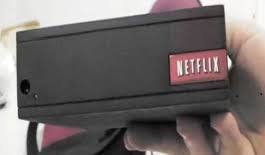 going to launch the device as the “Netflix Player” to allow users to watch their new streaming service on televisions. Reed Hastings decided several weeks before launch of the device that Netflix should not get into the hardware business because it would conflict with partnerships with other hardware manufacturers that could carry Netflix.[i] That last minute decision to spin out Roku as a separate company kept Netflix from becoming a product-centric company and instead allowed Netflix to be a platform between users and content producers. Meanwhile, Roku was created as a platform between users and content providers.

As a standalone company, Roku expanded the value created by the device. In addition to the initial value of allowing users to view content on televisions, Roku could be an aggregator of many different content providers, not just Netflix. The Roku was one of the first movers that allowed users to watch streaming content on televisions, but many competing devices have entered the market since, including other dongles, DVD players, game consoles, and smart TVs. Roku remains competitive in the marketplace because of the depth of content channels, with 4,500 available on the platform as of December 2016.[ii] Roku is trying to be the “Switzerland” of streaming devices by not having proprietary content that compete with 3rd party channels on its platform. On the other hand, Amazon Fire TV heavily promotes the Amazon Prime Video app, creating tension with other apps on its platform.

The more recent risk to Roku is the ease at which consumers can now watch streaming content on their televisions. For example, smart TVs now imbed the streaming apps on the television with no need for an attachment. To mitigate the risk of smart TVs replacing Roku devices, the company has shifted from a hardware-centric platform to a software-centric platform by licensing its platform technology to television hardware manufacturers to produce Roku TVs that use the Roku player as the OS.[iii] Roku “aspires to power every TV in the world” and will therefore partner with any television manufacturer.[iv] Roku TVs accounted for 13% of smart TV sales in 2016.[v] Television manufacturers benefit from using the Roku OS rather than proprietary smart TV technology because the manufacturers do not need to negotiate separate deals with content providers such as Netflix and HBO Go/Now. 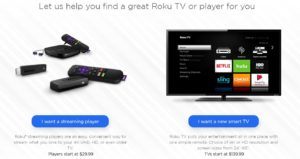 Roku captures value from both sides of the platform. The company generates hardware revenue for each streaming device that it sells or earns a licensing fee for the Roku OS from Roku TV manufacturers such as Sharp, Hitachi, and TCL. On the other side of the platform, it is free to launch a channel on Roku (aside from app development costs), but Roku has increasingly been negotiating revenue share deals with content providers for a share of subscription, advertising, and pay-per-view revenue.[vi] Roku also generated revenue for advertisements on the home screen. Roku needed to build a large installed base initially to have negotiating power with the content providers. The content side of the platform is much more profitable than the hardware side.

The Roku platform creates high indirect network effects between the users and content providers, but little to no direct network effects. Users benefit from having a lot of apps and content on the Roku device so they can aggregate all of their viewing through streaming services subscriptions and content downloads. App developers (content providers) benefit from having a large installed base to view their content on the Roku. Roku benefits from scale as the largest installed base to justify the additional development cost for app developers to create and maintain a channel on Roku. 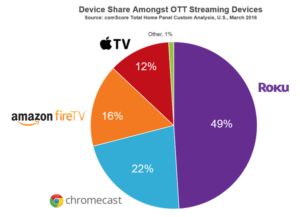 Streaming devices exhibit high multi-homing for both users and for content providers. The high multi-homing allows for multiple platforms to compete in the market simultaneously. For example, I have a Roku, Chromecast, and smart TV that all let me stream content on my TV, but I also watch content on my iPad and laptop. On the other side, content apps are platform agnostic, allowing users to access their content on many different devices. Interestingly, Rokus and other streaming devices are valuable to users because of multi-homing of streaming services by users because content is typically exclusive to a single streaming service (no multi-homing of content).

The streaming device market is not winner-take-all, but the company with the highest installed base will benefit from attracting more content apps, which will in turn attract more users. Roku has been able to stay relevant over the years by shifting its business model, first to a product platform and second to a software platform. And it still has room to grow as smart TV penetration continues to expand.

Student comments on Roku: From Product, to Product Platform, to Software Platform