Game consoles had been around for a while. During the 80’s, Atari and Nintendo dominated the industry and during the first years of the 90’s, Nintendo and Sega were the key players. But it was not until Sony’s entrance to the space that the real gaming war started. 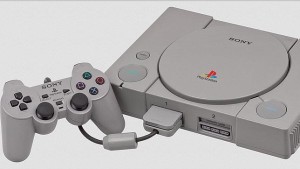 In December 1994, Sony released the first PlayStation console, when the industry didn’t even consider Sony as a legitimate rival. They were to compete with the “fifth generation” of consoles, having as main rivals the Nintendo 64 and the Sega Saturn. Some of the key differences of the PlayStation were that it processed games stored on CD-ROMs and it introduced 3D graphics to the industry.

From the beginning, Sony understood the key importance of indirect network effects in the gaming industry, and were very smart in taking advantage of them: Before the PlayStation was released, Sony established Sony Computer Entertainment, a creative division to contribute with games and console development for the PlayStation. Additionally, they sign up 250 video game developers to build a considerable library of games for the console, giving users a lot of options from the beginning.

On the developer’s side, the PlayStation was technologically superior and much more attractive for developers than their competitors. By having CD-ROM and 3D graphics, developers were able to create much more sophisticated games than for its competitor’s consoles, with advanced graphics and much more capacity for game storage. Final Fantasy, one of the most successful video game sagas ever, changed to PlayStation after developing 6 titles for Nintendo and Super Nintendo. The main reason for this, was that their new title, Final Fantasy VII, couldn’t fit into the small capacity Nintendo 64 cartridges. Many game critics see this event as one of the key factors of Sony’s success in the gaming industry, and credited Final Fantasy VII as “the game that sold the PlayStation”. 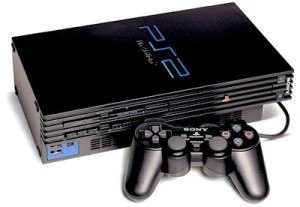 In 2000, Sony released the new generation of PlayStation (named PlayStation 2) a full year before Nintendo’s GameCube and Microsoft’s Xbox, the other “sixth generation” consoles, reached the market. The PS2 success was immediate: 980,000 units were sold in one day in Japan.

One of the main drivers of the PS2 success, and again related with indirect network effects, was its “backwards” compatibility. This new console was compatible with the original PlayStation titles, giving PlayStation users the chance to use their old games in the PS2 without an additional investment, and new users a huge library of titles. This gave the new console a great advantage over its competitors, by reducing users switching costs from PS to PS2 over a GameCube or Xbox.

I think Sony’s management was incredibly cunning in identifying its competitors’ weaknesses and developing its products to taking advantage of the network effects present in the gaming industry. They created a platform that delivered great value to users and developers, which led them to become leaders in a completely new industry for Sony. The success was huge: PlayStation and PlayStation 2 sold more that 100 and 155 million units respectively, becoming the 2 best selling gaming consoles so far.

Student comments on PlayStation: How Sony came to dominate the gaming industry