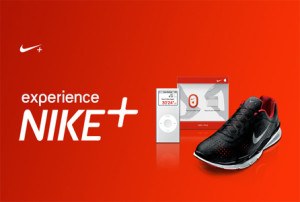 While I was interning in Seattle this summer, I learned from a friend — who happens to be both a software developer and a fitness enthusiast — that she had applied to “enroll” her startup idea with the Nike+ Accelerator program. Every summer, Nike hosts multiple start-up companies in their company headquarters in Portland for 3 months and helps them build products and services using Nike’s user data and proprietary technologies. At the Demo Days in June, in Portland and San Francisco, these companies present their product concepts to over 1000 Nike leaders, angel investors, venture capitalists, industry leaders, and members of the media.

The Nike+ Accelerator program encourages startups to adopt and build for the Nike+ platform that Nike has invested in over the last several years. Nike+ is a membership site that provides members with a variety of apps and resources to encourage motivation, fitness, and commitment to a healthy and fit lifestyle. Nike+ is adding hundreds of millions of athletes in 190 countries every day, and is fast approaching 30 million members in total. In addition to Nike+, Nike also lets developers use its proprietary NikeFuel technology, which is a Nike-designed algorithm that measures body movement.

Nike has had success with its Digital Sport products before – in particular with Nike-developed apps (such as Nike+Running, which lets runners track distance, calories burned and speed; Nike+Training Club, which lets users choose among over 100 workouts; and Nike Soccer, which allows soccer players to find or schedule a game). Nike+ Accelerator is different, however, in that it enables external developers to build software (and potentially even hardware) for Nike users using Nike’s technology. Nike wants to do more than just sell products – they want to create a platform that benefits users, external developers, and in turn the company’s products.

As with any multi-sided platform with network effects, the Nike+ Accelerator program has distinct value creation propositions for all parties involved:

The potential value capture by Nike is multi-fold. More and better apps lead to more “product” sales, and in the longer term, customers that have a higher willingness-to-pay given the complementary value-added services. Customers are potentially more sticky too given Nike has all of their historical physical activity data. Nike can also target newer demographics and customer segments with these new apps (Some examples are discussed later). There is also potential to capture value through charging external developers a revenue share. Nike is a shoes and athletic gear company at its core, and they possibly can’t keep up with the rapid innovation happening in software applications and wearables. This platform strategy enables Nike to capitalize on the shifting technology landscape, without actually doing the work they are not good at doing.

I wanted to share a couple of examples of startups that have historically participated in the Nike+ Accelerator program:

In addition to creating the Accelerator program, Nike has also partnered with other, more established companies to further its platform strategy. An example is FitStar, which offers users apps that help craft new routines and challenge them when they’ve hit a plateau. Nike integrates NikeFuel into Fitstar workouts. Another example is Garmin, which offers wearable trackers for activities ranging from running to golf. Through its partnership with Garmin, Nike enables runners to review the time, distance, and pace captured by their Garmin GPS devices in the Nike+ Running app.

Student comments on Nike – from products to platform