Mercari is a Japanese e-commerce company which is the largest C2C online marketplace in Japan. It was founded in 2013 and was one of Japan’s first unicorns, raising $1.2B during its IPO in June 2018[i]. In a country that it still dominated by large, traditional Japanese companies, Mercari is considered a trail blazer in the tech industry and among Japanese entrepreneurs at large.

Mercari charges no registration fees nor subscription fees, and instead takes a 10% sales commission. By lowering the barrier to entry for users in this way, and with its user-friendly app, Mercari has managed to rapidly increase its pool of sellers and become the largest online flea market in the country. The network effects are huge. It currently has over 15 million active monthly users in Japan, and its customer base still continues to grow[ii]. So what explains Mercari’s meteoric rise?

The biggest difference between Mercari and the other C2C online marketplaces that existed prior to it in Japan, is that it was created specifically for mobile phones. While incumbents such as Yahoo!Auction were initially designed to be used on computers, Mercari is a mobile-first service that has tapped into a significant pool of Japanese women and the younger generation who only carry mobile phones, and do not own personal computers[iii].

The Mercari app makes it extremely easy for users to sell their unwanted goods. In fact, it markets itself as ‘the selling app’, recognizing that many of the pain-points for sellers had not been addressed in traditional C2C online marketplaces as they focus on improving the buyers’ experience. With the Mercari app, customers can simply upload a photo of the product on their smartphone, type in key information regarding the product according to a clear set of instructions, and sell the product ‘within 3 minutes’. 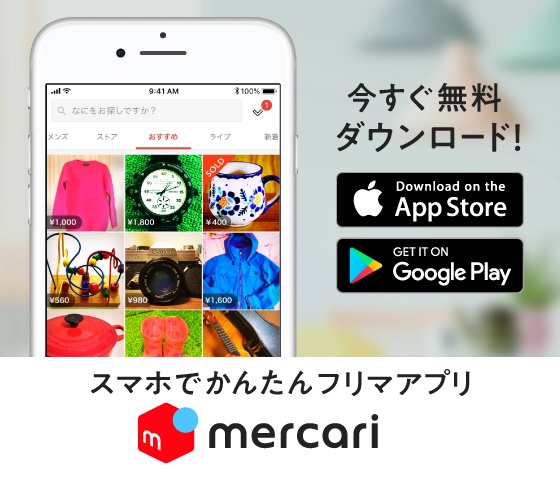 An important enabler for this is fixed pricing, unlike online auction platforms such as Ebay and Yahoo!Auction. This speeds up the transaction. In fact, the goods posted online often sell very quickly because buyers receive immediate push notifications for products that may be of interest based on their previous search results. Therefore, while sellers who use online auction platforms value price, sellers on Mercari value convenience, speed, and ease of use. In this way, Mercari has created a value proposition for a different customer segment.

Moreover, Mercari partners with Yamato, the largest logistics company in Japan, and Japan Post (national mail service), to make delivery cheap and hassle-free. Users pay a flat delivery fee regardless of distance, which can lead up to 69% discounts, and can choose to drop of their items at any of their service centers, partner convenience stores such as 7-Eleven and Family Mart, or have them collect them at their door.

Importantly, Mercari’s logistics service allows the sender to remain anonymous, assuaging the fears of sellers who do not want to disclose their address and other private information to their buyers. Furthermore, Mercari has been able to empower its sellers by allowing anonymity while at the same time creating accountability through a mutual review system. While e-commerce platforms typically have reviews of the sellers, Mercari also requires sellers to rate the buyers. In this way, it fosters a community of mutual trust.

Mercari has created a points-based reward system, which allows sellers to convert their sales into Mercari points (1 point for every yen) which can then be used to buy products. Additionally, in 2019, Mercari launched its own mobile payment service, Merpay. It allows users to use their points in retail stores such as supermarkets and fast-food chains. Earlier this month, Mercari announced its acquisition of Origami, the country’s pioneer mobile payment service. Thus Mercari has further strengthened its eco-system, keeping their customers on their platform to continue the cycle of selling and purchasing.

Mercari entered the US market in 2014, aiming to use the US market as a stepping stone for global expansion. It appointed John Lagerling, former VP of Business Development, Mobile and Product Partnerships at Facebook, to head its US business. However, Mercari faces tough competition from established mega-players such as eBay and Amazon, as well as secondhand marketplace apps such as OfferUp, LetGo, and PoshMark. They have formed partnerships with USPS and FedEx but logistics services are not as convenient in the US as it is in Japan. Due largely to heavy marketing expenses for the US expansion, Mercari announced a quarterly loss of $10 million in early 2019[iv].

Although it remains to be seen whether Mercari will succeed in the US, it has been an undeniable success in its home country. By focusing on harnessing the power of digital technology and relentlessly pursuing an enhanced seller experience, they have become the go-to ‘online flea market’ with a devoted customer base.

A Storm is Coming for Blizzard Entertainment

Please Buy Our Paper, Anyone But Wall Streeters