Shipping industry is a latecomer to the digitalization fury. There is still huge amount of paperwork slowing down processes at shipping ports and most ships don’t have some basic sensors. For example, for a jetliner it takes only a day to generate several terabytes of data, whereas for a cargo ship it takes 50 days to generate only 1 terabyte of data. [i] 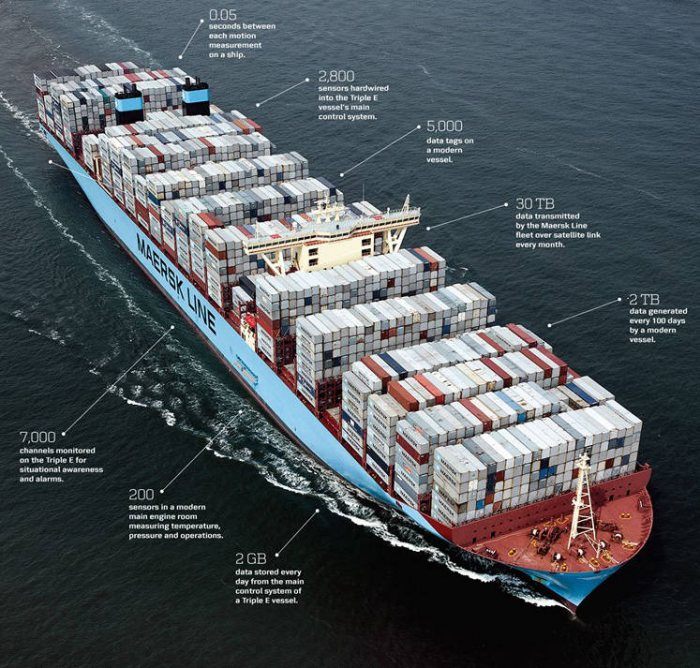 In this industry, Maersk, the world’s largest container shipping company, is leading the digital transformation. The Danish shipping company owns more than 600 vessels and operates in over 130 countries, transporting $675 billion worth of goods per year. [ii]  While the vast scale of the company is its biggest competitive advantage, it also creates a challenge for Maersk to sustain profitability. The company doesn’t have the flexibility to cut down unprofitable lines as it would risk losing customers due to decreased scale.

A key factor compounding the profitability problem is the slowing growth of shipping industry. 11 out of the 12 biggest companies have incurred large losses in 2016 and several are under threat of bankruptcy. [iii] The main drivers of the industry decline are the decrease in world trade since the 2008 financial crisis and increasing tendency of multinational companies to build local factories. Moreover, the industry is plagued with overcapacity, which puts pressure on freight prices. Therefore, it is especially critical for shipping companies to differentiate themselves through data and analytics.

Within these challenging circumstances, Maersk has differentiated itself by building the Maersk Advanced Analytics Team that focuses its big data projects on the following areas: 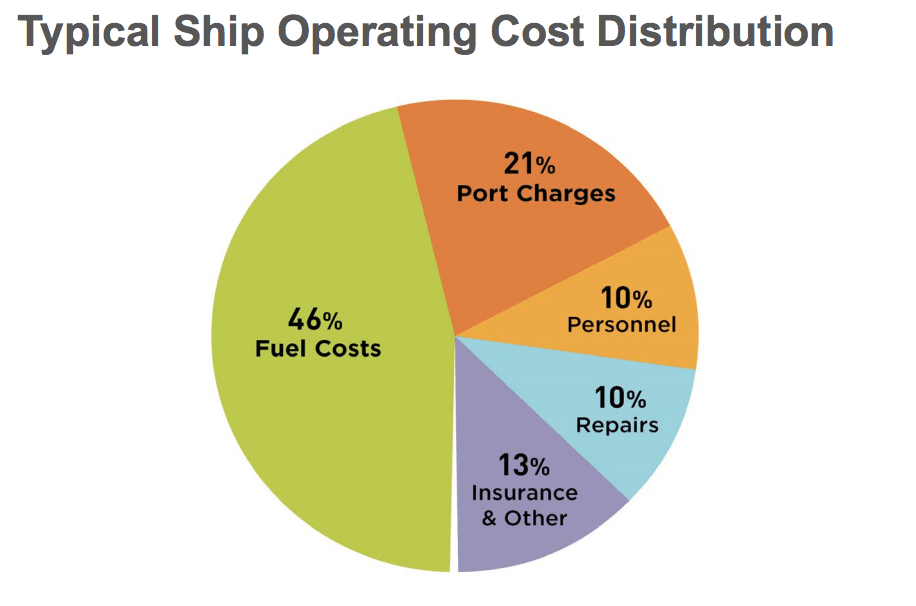 The biggest challenge Maersk faces is competition from non-traditional sources such as e-commerce companies that have already built strong data analytics capabilities. When it comes to data analytics, Amazon is undoubtedly one of the strongest players and is becoming increasingly interested in providing its own logistics services. Since last October, Amazon is reportedly handling shipment of goods by ocean from China to US, taking the role of a freight-forwarder. [ix] As a freight-forwarder Amazon does not own or operate ships, it acts as a third party logistics provider, where it books space on vessels. This move is in line with Amazon’s efforts to build end-to-end global logistics capabilities. Amazon’s strength in data analysis promises to eliminate many of the inefficiencies of the traditional freight-forwarding business that relies heavily on relationships with shipping companies and port officials. Similar to its move in parcel delivery in competition with UPS and FedEx, this move could threaten large cargo shipment companies. Amazon has the capacity to build a one-stop shop for manufacturers using its platform that would enable them find fastest and cheapest shipping rates and track their shipments online. [x]

In response to Amazon’s move in freight-forwarding, Alibaba signed a partnership with Maersk, enabling retailers to book space on Maersk vessels online. Through the ‘One Touch’ booking service, retailers are able to book cargo space in advance on selected routes from Chinese ports with a pre-paid deposit.  Moreover, Maersk has launched a mobile app in December 2016, allowing shippers to track their cargo and check schedules. [xi] 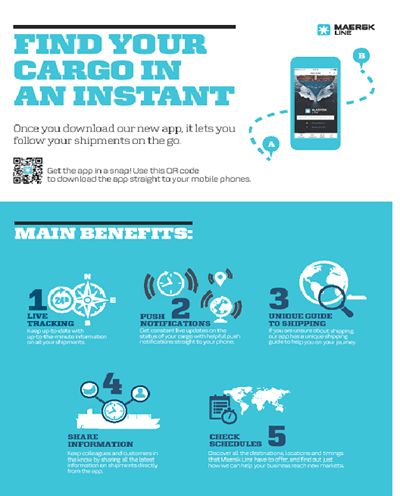 While not directly challenging Maersk business model for now, Amazon’s initiatives might result in commoditization of shipping business and a race to the bottom in prices. Amazon’s potential threat of monopsony will squeeze profit margins since it will be able to secure more favorable pricing from suppliers. For Maersk it is critical to build data analytics capabilities before Amazon starts challenging the competitive advantages of the company. Falling behind in the innovation race is a major threat of failure even for strong brands.

It’s therefore not surprising to hear from Maersk Analytics Director, Jan Voetmann, somewhat troubling remarks about Amazon: “Amazon is the competition, not just one of our own direct competitors. We are going to compete with Amazon and that is just a different game”[xii]

The Houston Rockets: Leading the Data Charge in the NBA – Will it Make a Difference?

Student comments on Maersk and digital revolution in shipping industry